The Oktoberfest experience as a couple & family 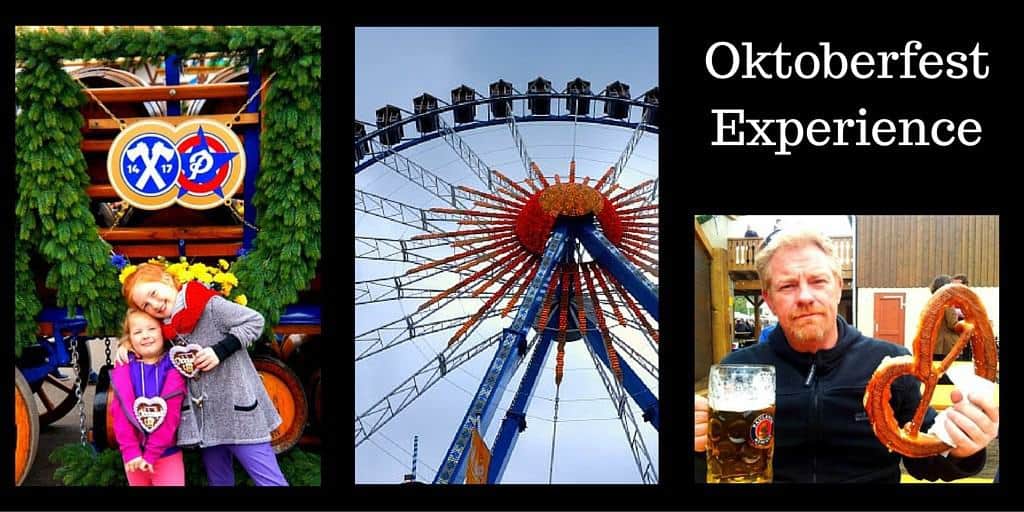 When you think of Oktoberfest you think of the biggest beer drinking festival in the world, right? I admit it when I heard about it all I could picture was people staggering around, yelling drinking themselves into oblivion. What would our Oktoberfest experience be like?

If you think this, as I did, you are very mistaken! On 2 of our trips, we have visited Oktoberfest 3 times, with 3 different experiences. We visited without kids and we visited as a family travel experience 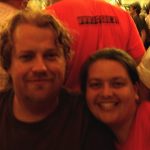 2006 at Oktoberfest as a couple

In 2006, we were lucky to be staying in Munich while Oktoberfest was on. At this stage, we only had Willow who was 11 months old. We were staying with a friend who is a Bavarian native and was very keen to show us the festival, the Oktoberfest experience. His wife desperately wanted to babysit Willow so we could go at night to see one of the beer tents in full swing! As this was the first time I had left Willow with anyone other than family I was very nervous but I agreed after promises that she would be fine! (First-time mum protectiveness was in overdrive)

We headed straight for Spatenbräu-Festhalle tent and we were greeted with music and heaps of happy (slightly intoxicated) people, laughing, singing and having a really good time. We wandered around the stage set in the middle of the hall looking in hope for three seats, which we found after a couple of laps. I was astounded at a number of people in the tent and the way everyone was being served! Steins of beer being lugged around by the dozen (all held in the strongest hands of some of the smallest woman I have ever seen!). If you want to look the part you can find Oktoberfest clothes here

We only waited a couple of minutes before Mark got himself a stein, once seated and I got one with massive intentions that I quickly realised were probably not going to be even half met! I loved the atmosphere and looked around at all the other people having a great time too. I actually think I did much more people watching than I did drinking! My Aussie colours came out loud and proud when the band started playing ‘Down Under’ just before we left.

Oktoberfest Outfit for Woman and Men

In the time of 1500 through the1600s [easyazon_link keywords=”traditional Bavarian outfits” locale=”US” tag=”wyldfamilytra-20″]traditional Bavarian outfits[/easyazon_link] were a common sight in everyday life in Munich, People would wear them in all parts of life. You would see them in the cities and in the fields. Don’t be surprised to see people wearing the traditional dress when going out at any time of the year. I think this is great to keep the traditions alive.

What to wear to Oktoberfest Women: The base of any woman’s outfit at Oktoberfest in Munich is a white blouse. This sets up the outfit. The blouse is worn under a tight-fitting Bavarian dirndl (DEERN-dul) dress. Traditionally adorned with an apron tied around it. A dirndl dress can come either all in one piece or in two pieces with a separate bodice and skirt. The dirndls are made to fit snugly around your sides.

What to wear to Oktoberfest Men: Men’s Oktoberfest outfits tend to be more traditional.  You will the men at Oktoberfest wearing a button-up shirt (either white or checkered), leather Lederhosen shorts with suspenders, an Alpine hat, classic socks, and comfortable Bavarian shoes.

Apparently, a table of Aussie’s had been harassing them to play it for a while! We left shortly after that because we were leaving early the next morning for a day trip. I remember I was surprised at how well everyone behaved within the tent while we were there. We decide to return in a couple of days to have a look around at the rides side of things. They all looked so amazing, we wanted to stay but had got the phone call that Willow had become unsettled! 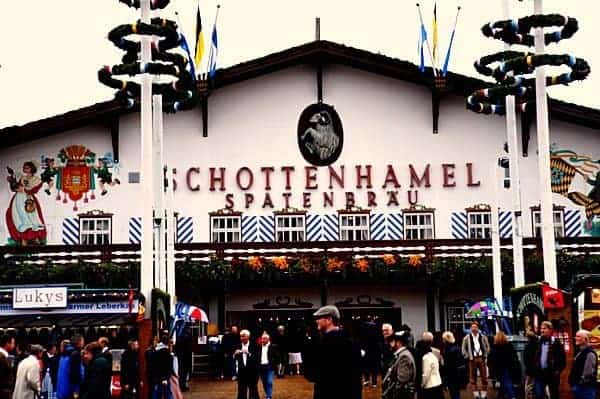 The first beer tent we went in at Oktoberfest

We returned in the late afternoon a couple of days later to have a look around. The Oktoberfest clothing is amazing, the traditional Oktoberfest clothing that is. We thought it would be good for Willow to have a look too with all the flashing lights and sounds, have her own Oktoberfest experience she may even be able to go on a ride! Getting the stroller around was not as hard as I thought it would be and because we had bought a huge helium balloon for her, we were easily spotted if we got separated. Most people happily got out of the way when they saw us coming and I was surprised at how many families were actually 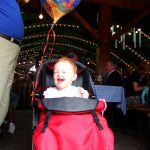 I loved that some were all dressed in a traditional Bavarian dress, even kids in the Bavarian dress. The little children looked adorable! As we couldn’t take a pram into one of the beer tents as it was too dangerous (some people like to get into the tents when they open so it can be a long day for some) we asked one of the servers if we could sit in a small area towards the back of the tent. They said it would be

ok but we would need to eat and go, as it was getting towards the busier time in the tent,

Which we didn’t mind. Reserving a table at Oktoberfest is the only safe way to get a seat Thankful, we folded up the pram and walked down to the end of the tent. We ate our meal and then asked if we could exit by the back of the tent which we were allowed to. We thanked the people for letting us sit and eat. Then it was off to get on some rides! Mark and our friend’s partner were the daredevils and lined up for some of the craziest looking rides I have ever seen. Willow loved watching them whizz around. She was still just too little to even get on the tiny rides but I think she still had a great time!

2013 – Daytime…with two children and a birthday!

We have copped some flak from some people who don’t know that Oktoberfest is more than just a beer drinking festival. We celebrated willow’s 8th birthday there as a family and had an absolute ball! How many little kids can say they went to the biggest carnival for their birthday. From some people we get..you took her to a beer drinking festival for her birthday? We then let them know what it is about (If you don’t know Oktoberfest began to celebrate the Royal Wedding on 12 October 1810. Crown Prince Ludwig, later to become King Ludwig I, was married to Princess Therese of Saxony-Hildburghausen on 12 October 1810.) 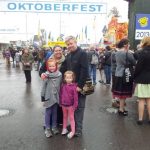 Willow loves telling people she went to Oktoberfest for her Birthday. The girls tried heaps of rides and they spent the whole time amazed at all the different things there. They both loved the chocolate covered fruit, the massive wurst in the tiny bread roll and the games to play. they both got a teddy from one of the stalls and ended up drenched from one of the rides we went on! It was just such a great day! Going during the day, we also got to see the horses that used to pull the barrels of beer.

The girls loved posing for the photos with these horses until one whacked willow on the head and then there was quick exit made! We did have lunch in one of the outside areas of one of the tents. both the girls loved the giant bretzen and there was another Stein for Mark. All in all, Oktoberfest is really a great day out for the family and I think it will become more family friendly as the years go on. right now I think it is very family friendly and kids are catered for in a great way! 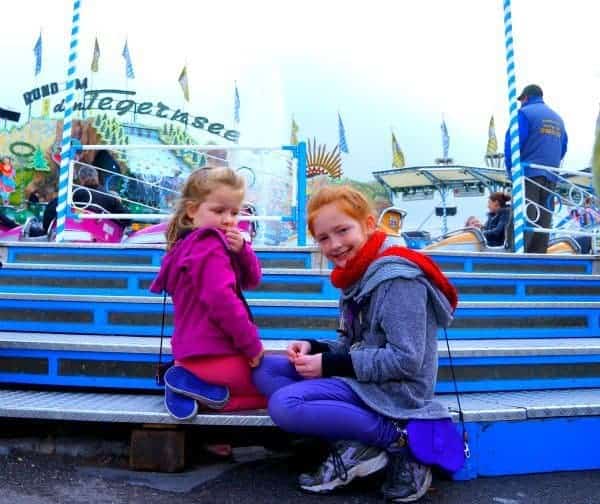 It also needs to be said that while we were there we didn’t see massively drunken people. yes, they were obviously intoxicated but there was no one absolutely legless and causing trouble. After all these years they probably have security down to a tee but it was still nice to see. The people you did see going crazy spoke English very well and you could nearly guarantee they were visiting from elsewhere.

Get $40 off your next nights accommodation with Booking.com and Wyld Family Travel

What on the Oktoberfest Menu

You will find many German foods at Oktoberfest waiting for you try. We love the German food, it is very much a meat-based cuisine. Maybe not so great if you are a vegetarian. Here are some of the food you will find on the Oktoberfest menu.

We stayed at Meininger Munich City Centre on our stay in Munich. Check it out here!

in Australia at the moment we have so many problems with people drinking too much and becoming violent, the coward punch is an ever-increasing, serious problem and violence against women as well. Now I am not saying there was any violence or people drinking themselves into a complete state I am just saying we did not see that while we were there. Our country could learn from the Oktoberfest experience. It really poses the question… what can we do to make our nights out safe and our drinking culture to realise when enough is enough?.

The Oktoberfest experience is amazing whether you be single, married or as a family travel destination.

Getting around Munich for your Oktoberfest experience

Please find 2 more article about Munich Germany below. We have been to Munich on 5 occasions and love the city. Click the image to be taken to the articles. 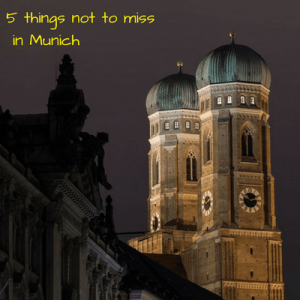 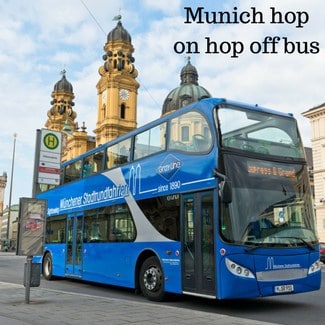 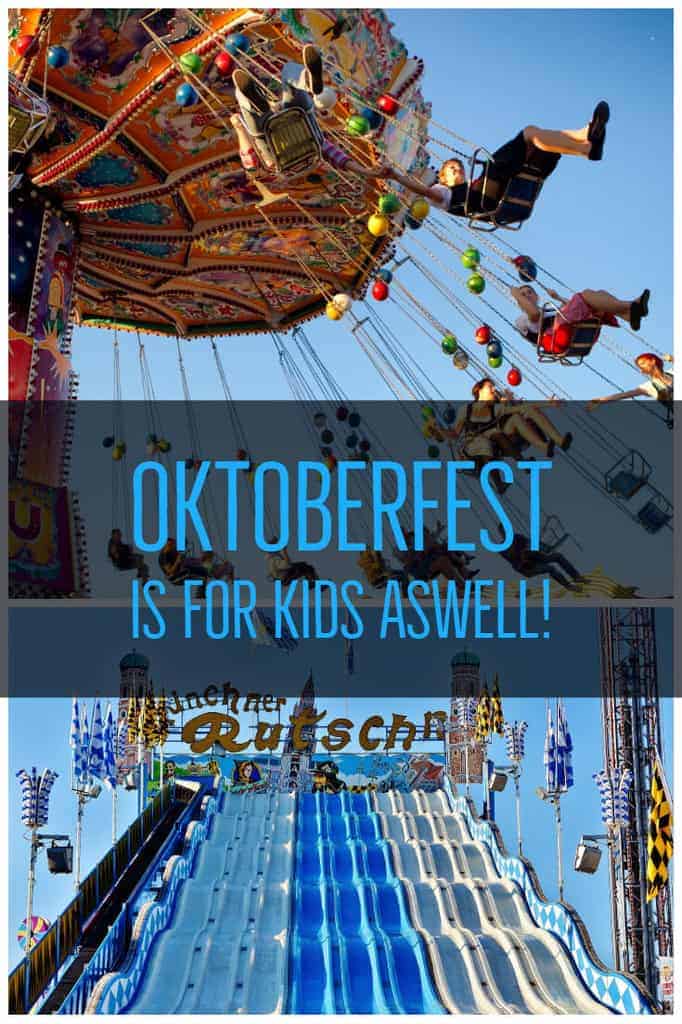 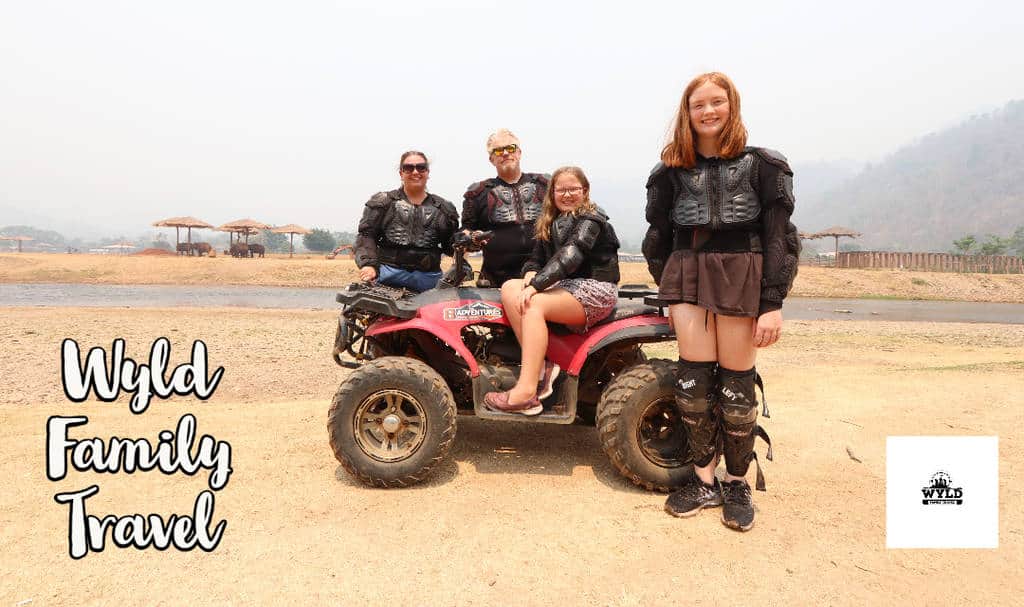