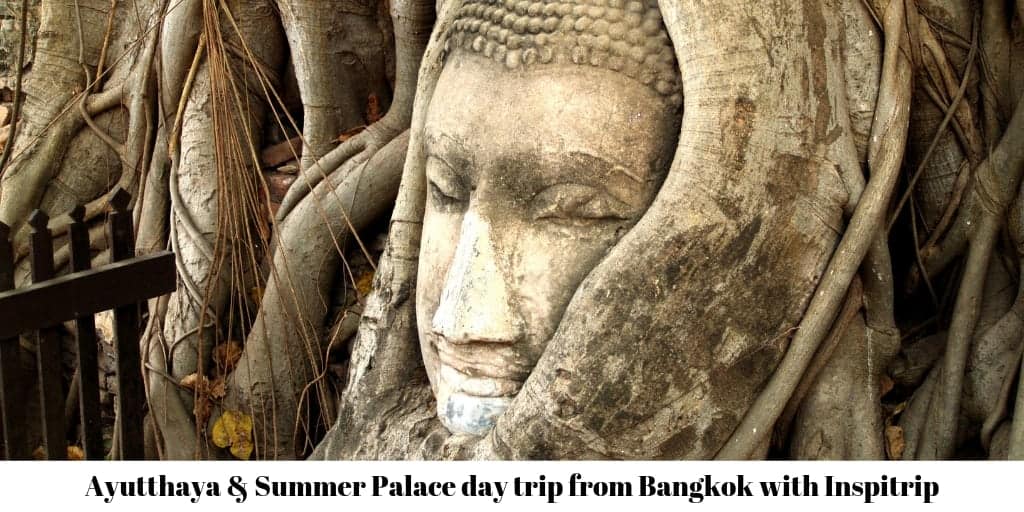 Visiting Ayutthaya had long been on our list of Thailand attractions to visit. After looking at many different options we choose an Ayutthaya tour with . The Ayutthaya temples had long held the key to much of Thailands past and present as Ayutthaya was once the capital of Thailand.

Inspitrip is a company designed for local tour guides. The Inspitrip website allows you to book tours with a local expert and our amazing expert was Vanna. She was an older Thai lady bursting at the seems with a love for her country and equal amounts of knowledge about the historic Ayutthaya attractions.

We were picked up promptly from our hotel in Bangkok at 7 am by minibus. Anan was our minibus driver and Vanna almost straight away started talking to us about Bangkok and Ayutthaya. We headed out onto the freeway for our Ayutthaya tour with Inspitrip. our first stop would be 60 kilometres away at Bang Pa-In the Royal Summer Palace.

Travel Tip: Take long pants for males or a sarong for females. Your legs must be covered. Shoulders are also not to be on display. If you don’t take your own clothes you can hire or buy pants and sarongs for 50 baht nearby. Guards are very strict at the gate upon entry.

Bang Pa-In Summer Palace will strike you as something being a bit out of place in Thailand. Having been to places in Europe Bang Pa-In would not be out of place in Germany, Austria or Russia. Vanna explained to us that the King of the time of construction had spent much time and Europe.

He was influenced by that style of architecture and thought it a way of showing that Thailand was in itself a sophisticated nation. There had been previous palaces and royal buildings on the site that had been destroyed in the wars with the Burmese.

There are numerous buildings at Bang Pa-In. These include the Kings residence, The floating house, The lake pavilion, The Chinese residence and the Varobhas residence. We spent a good hour exploring the site and could have spent longer.

Back into the bus and now we were off to see what our Ayutthaya day trip was all about, the ruins of Wat Mahathat. Another 20 odd minutes and we arrived at Ayutthaya Historical Park. Wat Mahathat Ayutthaya is located in the centre of old Ayutthaya, between Chi Kun Road and Naresuan Road in the northeast corner of Phra Ram Park. The temples of Ayutthaya are protected by UNESCO for future generations

Vanna explained to us that the city became Thailand’s capital in the mid-14th century and remained the capital until the late 18th century. The continual attacks from the Burmese drove the Thai’s to find a new capital down the river.

Vanna explained to us that there are the ruins of over 400 temples here on the Ayutthaya Historic Park. You will find in the ruins traces of Thai, Cambodian and Burmese influences on the building and design. Vanna was big in making the point that the site was left this way as a reminder to the people of what happens when you go to war.

Vanna explained that thegiant floods of 2011 have caused more damage to the amazing UNESCO world heritage site. Some of the remaining structures are now on a lean thanks to the floods earlier this decade that weekend the ground beneath. This is an impressive site in its current state. Vanna seemed to be able to bring it alive even more with her words and knowledge.

We piled back into the bus to be greeted with ice cold water and Vanna handed out cool towels she had for us. It was another hot South East Asian day in Thailand around 35 degrees and they cooled us down quickly.

What would a tour of Thailand be without a visit to a temple or church? We headed to Wat Na Phra Men. This temple was built late in the 14th century. What makes it interesting is the some of the Buddha statues inside are still covered in real gold leaf. Our kids were able to receive a blessing from one of the monks who in the temple.

The temple played host to an important meeting between the king of Thailand and the King of Burma in the mid 15th century. This meeting would bring a short lived peace between the two at a high cost to the King of Thailand. In 1760 when the Burmese returned the temple was stripped and sacked. It was left abandoned and in partial ruin until a rebuild in the 18th century.

We drove about 5 minutes to a much smaller but still interesting and impressive site at Wat Tummickarat.

Wat Tummickarat pre dates the main Ayutthara site. The main building at the site is a Sermon hall, the size which is 19 x 53 meters. There are large columns inside this Vihan that are still intact. Inside you can still see traces of fire that happened during the second fall of Ayutthaya to the Burmese in 1767.


There is also large bell-shaped chedi that is surrounded by lions which are a design closer aligned to Cambodia. Further ruins are decorated with chickens (cocks). This is in honour of the 3rd son of the King who was captured and taken to . He took one chicken with him where he famous for his undefeated cock fighting.

We finished our time in Ayutthaya with lunch at a local restaurant over looking the river. We were served the usual Thai fare of rice, and meats with vegatables. The fruit platter for desert was nice treat on a hot day.

We all piled in the van and headed back to Bangkok. Like all tours, we realise there are time constraints and this tour was no different. There are times when we wished we could have stayed longer in some places and less in others.

A few days in Ayutthaya would have been a good idea. Overall we had a good day and saw some amazing places associated with Thai history. Our guide Vanna was great. We had out two kids with us and Vanna engaged with them, happily answered questions and chatted. Ayutthaya should be on every Bangkok itinerary

You can book this tour on Inspitrip today. Click this button 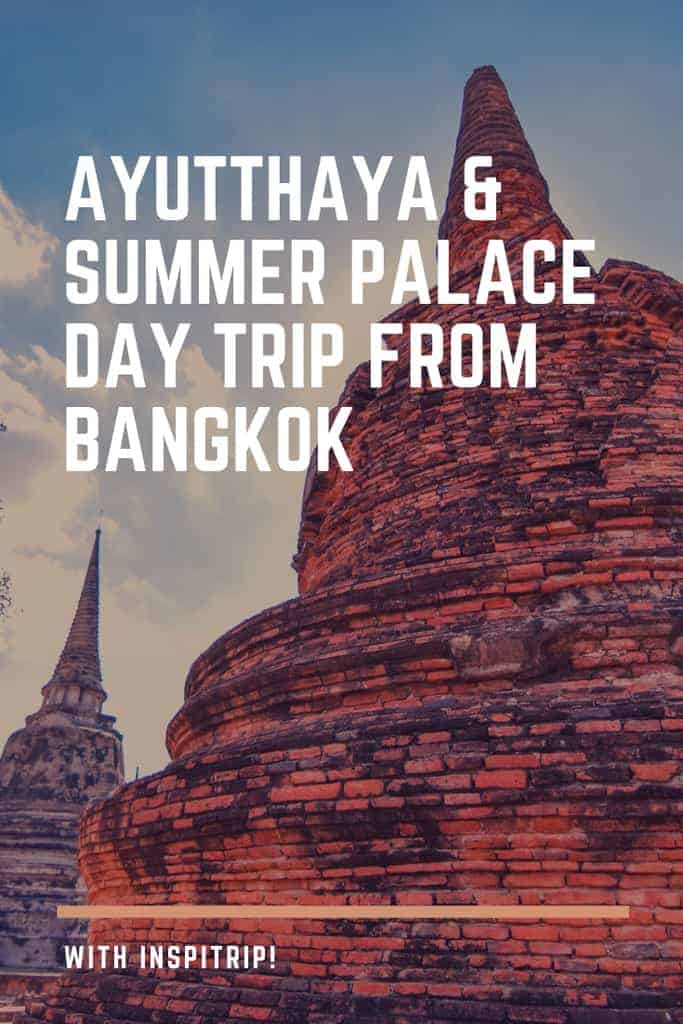