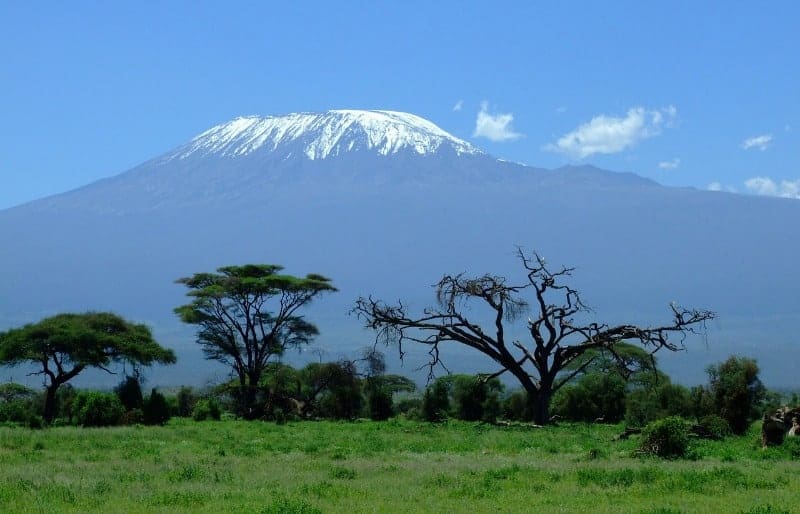 Located in Northern Tanzania, the dormant volcano that is Mount Kilimanjaro is Africa’s highest peak and the world’s highest free-standing mountain. At 5,895m, this peak proves to be a challenging climb, but a fruitful one at that. Although it has blocked a spot on the Seven Summits, it’s one of the easiest to climb!

If you are looking to scale the famous mountain with your family, here are the routes you should consider.

In some respects, this route is considered one of the more difficult routes to take, but it isn’t technically difficult as much as it is arduous. It requires some level of preparedness, as it is can be quite a demanding and tiring climb with many ups and downs along the way, crossing a succession of ridges and valleys.

Training before Machame is imperative. All said and done, The Machame Route is worth the effort, with the most spectacular views that the Kilimanjaro has to offer. With the prices having dropped, this is presently the most popular route on the mountain, but also might be the most crowded one, owing to the fact that 2 other routes join up into Machame.

Key features of hiking the Machame Route with kids

The Machame Route can be extremely popular. This causes the route to be extremely crowded at times. If you are looking for a climb with not many people this may not be your best path to climbing Kilimanjaro with kids.

Distance of the Machame Route

The distance of the Machame Route is 60.76 Km

Duration of the Machame Route hike

It will take you between 6-7 days to complete the climb. You may have to add in a little more time when you are doing the Machame Route with kids.

Difficulty of the Machame Route

This climb is rated as Strenuous

Eyes peeled for something a little less crowded? The Rongai Route is the way to go. If your family is looking for an easy climb up the mountain with almost no steep slopes, this is it. Although this route is not as scenic as The Machame Route, it takes you through the Mawenzi Tarn, which hosts a camp that is known to be the most scenic on the mountain.

An added advantage of this route is that it goes along the northern face of the mountain, which is a lot drier than the other sides and drastically reduces your chances of getting drenched during the first few days. This is exactly why Rongai is the preferred route during the rainy season.

Key features of the Rongai Route for families

You will find this climb much less crowded,. There is also an abundance of wildlife on the Rongai Route as well that will keep the kids happy as they climb,

Distance of the Rongai Route

The distance of the Rongai Route is 74.4 Km

Duration of the climb for the Rongai Route

It will take you 5-7 days to complete the Rongai Route climb. This will depend on your fitness level and the age of your children.

Difficulty of the Rongai Route with kids

The Rongai Route is classed as an easy climb.

Also known as the ‘tourist route’ or the ‘Coca-Cola’ route, Marangu has the reputation of being one of the most crowded routes as it’s the only one that uses the same route to go up and down the mountain.

This route would be the most family-friendly Mt Kilimanjaro hikes for kids, as it is a gentle and steady climb all the way up and is the only route that offers hut accommodation along the way. When it comes to costs, The Marangu is comparatively more affordable as it eliminates the cost of porters and camping equipment. Also, price depends on a great deal on the trek duration (Mount Kilimanjaro climb cost can be quite expensive).

A little tip: Take an extra day on your climb to acclimatise better, as the five-day trek does not allow for sufficient acclimatisation. Although it is not known for its scenic views, it is still an all-around remarkable experience and the most viable for a family trek at Mt Kilimanjaro

Key Features of the Marangu Route

Distance of the Marangu Route

The distance of the Marangu Route is 73.5 Km

Duration of the climb at Marangu Route

It will take you between 5-6 days to complete the Marangu Route with kids.

Difficulty of the Marangu Route climb with kids

Being the most family friendly of the Mount Kilimanjaro climbs, the Marangu Route is classed as easy

What makes this route stand out from the others is that it offers a four-wheel-drive route for a portion of the climb, which proves to be a very attractive feature when tackling the mountain as a family.

The only downside is that you immediately jump to a height over 3500m without time for sufficient acclimatisation. The route also boasts a high success rate of reaching the summit, owing to the expert operators that make your trek as efficient as possible.

Since the Shira route joins the Machame route, they share a lot of the common features, including the spectacular views and fairly strenuous climb. The downsides of this route is that it requires a decent level of ability and experience.

Key features of the Shira Route for families

This Mt Kilimanjaro climbs include some driving. Because of the driving the Shira Route is one of the most expensive of the Mt Kilimanjaro hikes for families

Distance of the Shira Route with kids

The distance of the Shire Route is 54.6 Km

Duration of the Shira Route for families

Difficulty of the Shira Route with kids

This may be one of the most strenuous of the Mount Kilimanjaro climbs so it will depend on your fitness level and the fitness level of your children.

Just like the Shira route, the Lemosho route joins the Machame climb from the west, hence shares a lot of its features. The first couple of days of this trek takes you through lush, remote rainforests, increasing chances of spotting wildlife.

Once again, much like the Shira, this route requires a moderate level of ability and experience to get through its difficult terrain and extended camping period. This is easily one of the most difficult routes, so you might want to rethink climbing here with the family if they haven’t done much trekking.

Key Features of the Lemosho Route

The Lemosho Route is unfortunately one of the most expensive of the Mount Kilimanjaro hikes for families but the,wildlife experience you receive on it is second to none.

Getting to Mount Kilimanjaro

Getting to Mount Kilimanjaro by plane

Getting to Mt. Kilimanjaro over land

We hope this article provides you with all the information needed to get to Mt Kilimanjaro and have a successful climb of Africa’s highest peak with kids in tow. Tanzania is a great destination for mountain climbing, camping safaris and more.