How to get from Frankfurt to Strasbourg 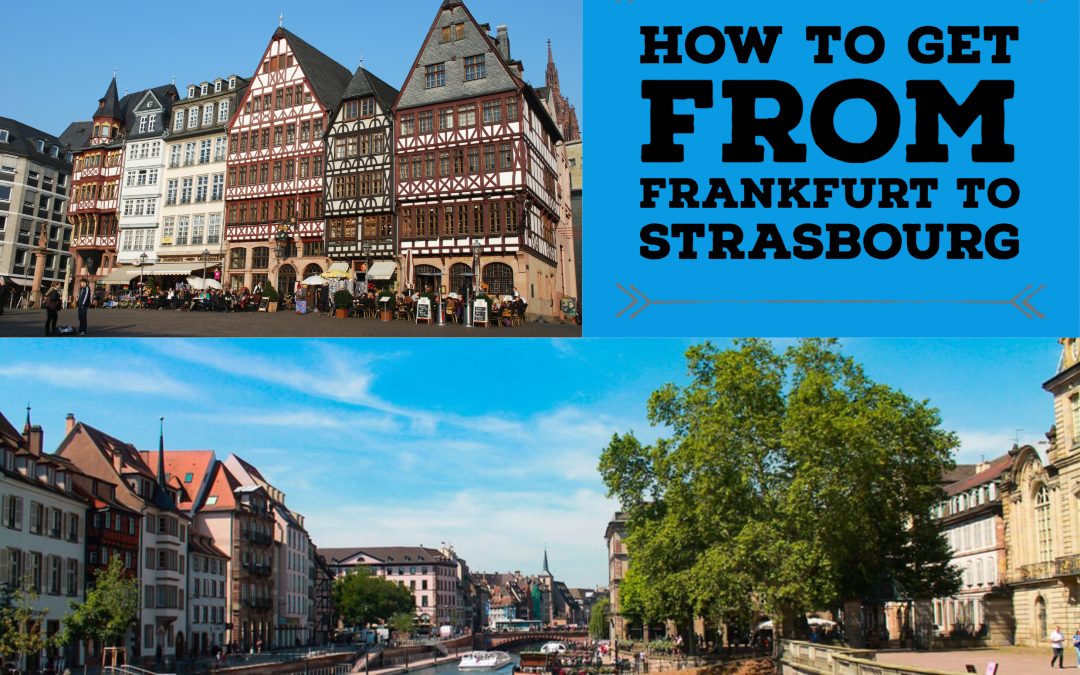 Strasbourg is one of the most popular cities in France for tourists and rightly so. The fairy tale village is beyond beautiful in any season and people flock there to experience it. Tourists wander the streets and squares of the cobbled stone old city eating, drinking and buying goods in awe of how beautiful it is in person. Frankfurt Germany is just a little over 200 kilometres away and getting from Frankfurt to Strasbourg for a visit can be so easy.

The city of Strasbourg is home to the European parliament and famous tourist areas like the La Petite France area that is famous for its picture-perfect coloured house, storks nesting on roofs and Alsacian foods, The famous Strasbourg Cathedral was once the tallest building in the world.

Strasbourg is a bike riders paradise with over 500 kilometres of riding paths in and around the city. Also, don’t forget that Strasbourg is the host to a world-famous Christmas market for 6 weeks every year.

Strasbourg is the gateway to many of the most popular sights in the Alsace such as Chateau Haut Koenigsbourg, a visit to Colmar and the ever-popular Alsace wine route. Let us help you to get to Strasbourg from Frankfurt today.

Catch a bus from Frankfurt to Strasbourg

Where is the departure point in Frankfurt for Strasbourg?

Where is the arrival point in Strasbourg from Frankfurt?

Can I transit straight from Frankfurt airport to Strasbourg by bus?

The journey will take you around 2 hours and 30 minutes. The bus picks up passengers at Terminal 1 of Frankfurt Airport. Upon reaching Strasbourg it stops at Strasbourg Gare Centrale Train Station and the Strasbourg Hilton Hotel

Driving to Strasbourg from Frankfurt

You can drive Frankfurt Strasbourg in just over 2 hours. The distance between Frankfurt and Strasbourg is 217 kilometres. The trip is easy and straight forward as you head down the A5 freeway to Strasbourg.

You are driving in Germany for 95% of the time until you turn off to Kehl. Kehl is located the right bank of the Rhine River while Strasbourg is on the left side of the river. You can pick up a rental car at Frankfurt airport or any major airport in Europe.

Driving from Frankfurt to Strasbourg tip

Read our article on a day trip to Heidelberg

Is there car parking in Strasbourg?

Parking in Strasbourg can be expensive in the old town area. Your best option is the park and ride system. There are 12 places located on the outskirts of the city that you can park and catch a tram into the city centre. The cost is only 4.20 euro per car for up to 7 people including transport by tram into the city. Look here for more information on the park and ride, locations in Strasbourg

Taking the train from Frankfurt to Strasbourg

Where is the departure station for the train to Strasbourg?

Where does my train arrive in Strasbourg?

Flights from Frankfurt to Strasbourg

At the time of writing, there are no direct flights between Frankfurt and Strasbourg. There are flights connecting at Basel and Paris to name a few. Flying would be the longest and most expensive option available to you when you factor in waiting time at different airports.

We know you will enjoy your visit to Strasbourg. It is an amazing city easily reached from places close by like Freiburg and Frankfurt or far from Paris and Luxembourg City. There is something for singles, couples and teenagers in Strasbourg.