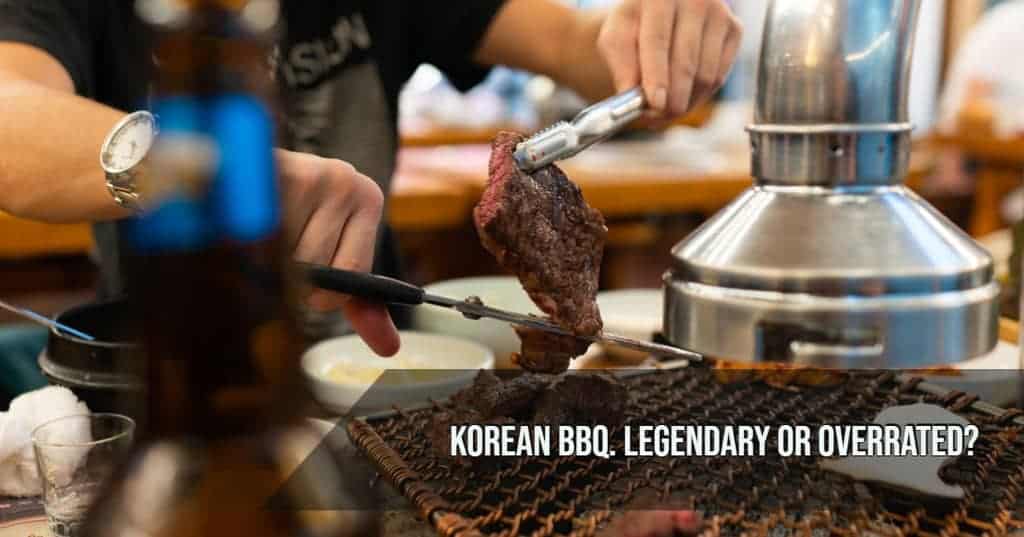 You have to try Korean BBQ while you are in Korea. You must eat ALL the BBQ while you are there. You will not be able to get enough of it and want it for breakfast lunch and dinner. Have you really visiting Korea if you don’t only eat BBQ?

These were all the things we kept getting told when we were on our way to visit South Korea. So it was decided we were going to eat all of the BBQ in Korea that we possibly could.

Or so we thought…

What is Korean BBQ?

Korea BBQ is something you have to try at least once. It is an experience and it is a great way to chat over a meal.

Korean BBQ is a way that you grill thin slices of meat like chicken, pork or beef over wither charcoal or a gas BBQ inside a restaurant. It is typically done by the people sitting at the table, but in some instances it is done by a chef at a central BBQ.

The most popular and common meat is the ‘bulgogi’ which is thin-sliced tenderloin marinated in a house dressing. We didn’t have one that was marinated and opted for the un-marinated one. We also had brilliant Korean BBQ chicken pieces.

The meat is normally accompanied by many side dishes of kim chi, picked vegetables and some times lettuce leaves. You would wrap the side dishes and a slice of meat in the lettuce and eat it that way.

You can ask for more side dishes at any time as they are normally topped up for free. Another usual side dish that accompanies the meat is a scrambled eggs, a soup or a bowl of rice.

Where can you eat bbq in Korea?

When you are in any city or town in Korea you will find a place on nearly every corner. There are so many places from chain stores to the little mum and dad shops dotted throughout the towns.

Over coals or gas? Our opinion

I found that the meat splattered a little more just in the gas grill and you had to really watch the cooking process on that. I also liked the burnt crispy outside that the coal and grilled cook top gave the meat.

It is also a good idea to keep the fan on that hangs over the BBQ at all times. Before you know it you can be neck-deep in smoke with people coming over to turn the fan on for you…speaking from experience there!

*If you overload the grill at any time you will more than likely steam some of the meat with the juices from the other meat. Best to be patient and have well-cooked meat rather than grey looking stuff that is chewy.

How much does a Korean BBQ cost?

Now, this is the part where you can come unstuck very quickly. We found that Korean BBQ could cost anywhere between $90 and $140 AUD for 4 people easily. We are to adults and 2 travelling teenagers.

It depends most of the time on the weight of the meat you are ordering and the type of meat.

The finer cut of meat will always cost more than the cheaper ones.

As there is a huge language barrier especially in the small family-run places. We would just point to a picture and the weight that we wanted and hoped for the best. Most of the time it worked out.

While the taste was amazing there was just not enough for a meat-loving family like us. If you enjoy side dished of pickled vegetables then this is for you. Australians are known for loving a good amount of meat and there was just never enough for the four of us.

We were also told that this could be done on the cheap by many people and we sought out places that we thought that we could get a good deal at but we seemed to be paying a lot all the time.

For us, this was just not in the budget to be spending our entire budget on one meal a day. If you had an unlimited budget then BBQ in Korea could be the legendary experience that I had dreamed of.

For us in was a seriously overrated myth.

We hope this article from us here at Wyld Family Travel hasn’t totally put you off trying Korean BBQ when you visit South Korea. For more amazing ideas for your holiday in South Korea click through to our South Korea Destination Page for more brilliant inspiration.

Some more travel inspiration for your trip to South Korea 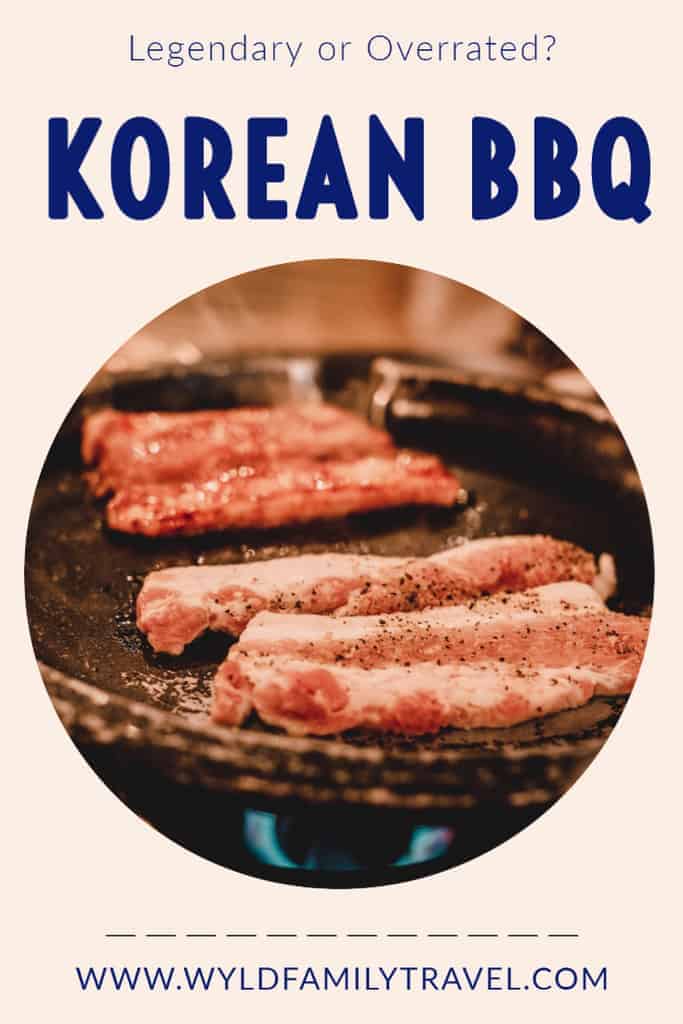 1 thought on “Korean BBQ. A legendary experience or overrated myth?”