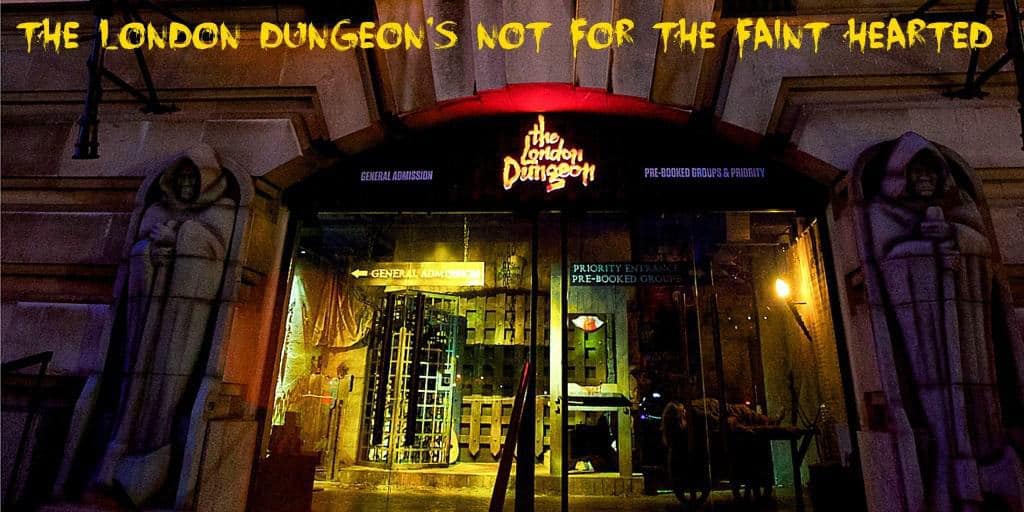 While I was looking at places to visit in London, England, the London Dungeons kept popping up. Willow and I talked about visiting the Dungeons and this is where I went totally wrong. Both of us were extremely excited to visit but I did not do my homework at all.

I let what I thought the London Dungeons would be like take over and I didn’t even bother looking them up. This is one of the biggest travel mistakes you can ever make.

Where is London Dungeons?

After a day of wandering, we came across London Dungeons on the South Bank and thought about going in. This looked like a great thing to do in London and it ranks as one of London’s top tourist attractions.

At that stage, we had not discovered how much it would cost all of us to go in there and we had overspent on the daily budget by a significant amount on all our days visiting London attractions.

I went up to the lady who was in the kiosk outside of the building and asked her if it was child-appropriate and if they would be frightened by anything inside (See if I had done my homework I would have already known the answer!)

She assured me that the kids would have a great time and that they would love all the history that they would learn while inside. I still had that feeling in my tummy that something just wasn’t right about the whole situation. The cost was also weighing heavily on my mind.

A young lady came up to us while we were still deciding whether to go in or not and offered us her free ticket. At first with all the scams that go on, I was hesitant to take it from her but she insisted that ‘this sort of thing’ was just ‘not for her’. She genuinely looked frightened and that is probably when I should have said let’s go back to the hotel!

We took her ticket and offered her some money for it which she turned down. If you ever read this thank you very much but I should have done what you did and waited out the front!

Is the London Dungeons History or Horror?

We entered and paid for the other tickets we needed, now we just waited for our entry time. The girls both decided that they needed to go to the toilet so I took them in. As we walked into the toilet you could hear sound effects like creaking doors and a very evil laugh!

The girls thought it was a bit creepy and both gave a nervous laugh. As we all got a stall and sat down the scurrying of rats noises started. I actually looked down at my feet and both the girls yelled out ‘mum’ I said it was ok and that’s when IT happened.

A very low, male voice says ‘I can you’ followed by another evil giggle! Both the girls and I were pants up and out of our stalls in a flash. We all nervous giggled and washed out hands to go back and meet Mark, all while the sound effects started again!

The start of the London Dungeons Tour

He was still waiting in line for us and we were ushered into a small passageway to then start the tour. Some of the actors came up to the girls and chatted to them, called them cute and made reference to Mark looking nice in a meat pie! I asked again if this was good for us to be in and I was again reassured it would be good BUT I was able to speak to one of the actors at any stage and they would help us out.

We were made to let go of him while he was dragged up to be a part of two of the small shows. As he was going off to be a part of it the girls looked like they were both going to have total meltdowns and possibly never see him again! After the first time, they learned that he would come back and he would be ok!

I was also singled out at one point which freaked me out. Mark thought it was totally hilarious that the three of us were just babbling messes with every new act that we entered! Now I look back on it and it is quite funny at our reactions and we would have been the prime people to pick out of the audience due to the absolute look of terror on our faces!

Is the London Dungeons appropriate for kids?

I would not recommend it if you are scared easily. Even at times, I knew that things were coming I would still be shaking in my boots about it after it had happened! I also don’t think it is appropriate, in my opinion, for children.

In honesty, I did learn plenty of history about London in the old days and things that went on in the past. London was not safe in those days. For me, though it was the way it was delivered that frightened me and the girls. Mark really enjoyed the way it was done and would recommend it if you are going to London and that is the kind of thing you like.

Are the London Dungeon kids appropriate?

My girls are both really into learning about history and enjoy most things we do but they both didn’t like this at all. If you also have issues with the dark, strobe lights, jolting rides and genuinely just getting freaked out easily I recommend that you wait out the front of The London Dungeons for your friends!

The tours last approximately 110 minutes no matter what time you enter. This does not include queuing times which may vary at the entrance to the London Dungeons

How to get to the London Dungeons

We are between Big Ben and The Coca-Cola London Eye – within the County Hall Building and right next to the London SEA LIFE Aquarium.

Just follow signs for the South Bank; we are right next door to the Coca-Cola London Eye and SEA LIFE London Aquarium. It’s all you need for a day out in one place.

Search here for all the very best travel products for your family vacation to London and beyond!

For more amazing ideas on where to holiday in England click through to our England Destination Guide page for more brilliant inspiration.

More travel inspiration for your trip to England 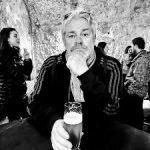 Father, husband, traveller and chief destination manager here at Wyld Family Travel. When Mark is not talking travel or planning travel you will find him working in disability support. Mark is a family travel advocate having travelled to over 45 countries with his kids from 10 months old, through to their teenage years. You will find his work here and on other popular websites.

28 thoughts on “Visiting the London Dungeons – A family review”