We cannot deny the fact we love a city bus tour. They are brilliant way to get your bearings in a city and if you have limited time they are fantastic for getting you to the big sites, it gets you to the sights quickly and with little fuss. The hop on hop off Munich sightseeing tour was a great way to see Munich. Actually, it’s one of the best things to do in Munich in any season.

The Munich hop on hop off bus is great in the summer when it is boiling hot and brilliant in the winter when it is freezing cold. Wherever we go we try to go on at least one sightseeing tour to see the city quickly especially if we have limited time.

We try to go on the first couple of days to see places that we can then seek out for a longer visit or decide whether a place is worth going back for another longer visit. There have been a few times that the hop-on, hop-off bus has saved us lining up at a place and other times it has cemented a return visit.

Hop on hop off Munich bus tour is great for everyone

We had very limited time in Munich on our last trip during winter and we had some plans to see things we had missed on previous trips. So we thought the best way to stay warm in Munich in winter and see as much as we could was to get a Gray Line hop on, hop-off bus for a Munich city tour. Even after visiting Munich four times we jumped at the chance to go on the Grayline Munich Bus Tour.

Where can I get my ticket to ride the Munich hop-on, hop-off bus?

We met the Munich City Sightseeing bus at Hauptbahnhof – Central Station and straight away I was impressed that the bus was already there waiting to start.

As it was winter the routes were slightly different with fewer buses going between the stops. We were able to listen in to some of the conversations before showing our confirmation letter and getting our tickets printed.

Some of the stops on the city sightseeing Munich tour are:

Do I have to go to the main station to buy my hop on hop off Munich ticket?

No, you don’t! You can buy your tickets online right here or you can get one at any of the stops mentioned above and purchase your ticket onboard.

The printed ticket and the mobile version are both accepted. Just don’t lose your printed ticket. If you don’t have it you can’t board.

We got a map once on board and decided to go straight to Nymphenburg Palace to see it in the snow as that was the longest route going that day. We were able to have a look at some of the places we went past as well and see if we would like to get off there after our first lap. Seeing Nymphenburg Palace covered in snow was our top of the list of things to do in Munich with kids in winter.

It was mighty cold in Munich in winter, so when those doors finally opened it was a mad rush to get on the Grayline hop on hop off bus, get a seat and most important of all get warm!

How long is a lap on the Munich city tour?

The full lap of the Grand Circle tour will depend on traffic but it takes approximately 2.5 hours to get around. this will also differ if you get on and off during the lap.

What do I get with my hop on hop off ticket?

What is special about the Munich Grayline hop on hop off bus?

There are so many things that stick out for me but the fact that is was a warm place for us to go in Munich in winter was a winner for the whole family.

The thing that really impressed me and that I noticed straight away was that the windows were clean. We would have to take pictures out of them as we went and the windows did not open. As 10 am rolled around we were off!

Munich attractions are waiting around every corner

Places to visit in Munich in summer

Using the Gray line Munich hop on hop off to get between the top places to see in Munich is the perfect way to get around. Munich in summer is an amazing place. From beer gardens to Palaces Munich has some thing for everyone. These are some sights in Munich we recommend

All these places have stops right near them for the Grayline tours Munich or they are easily walked to. You will need to check opening times and prices as they are not included in the purchase price of your Munich hop on hop off bus city tour price.

Places to visit in Munich in winter

Keeping warm in the cold in Munich is something we planned out well. The Munich city tour was the first aspect that we chose and then we chose indoor activities to complement that. Some great things to do in Munich in winter are

There are also a number of Churches and Museums that you can check out as well.

Places to visit in Munich with kids

Munich is a family-friendly city and while the above is aimed at kids they are great for adults too. We also took our kids to many of the churches and museums Munich has to offer with no problems. We even found that some places had special children’s activities to keep them happy during their visit

Our verdict on the Munich hop on hop off bus

I have an absolute love for the Grayline München Bus Tour. It came from 4 major factors for me.

Thank you, Gray Line Munich Bus Tour for a fabulous day and for a wonderful afternoon exploring the top things to do in Munich.

There are so many great family activities in Munich that you can book for your next family holiday in Munich. Below are some of the top ideas for the best things to do in Munich.

Munich is the second biggest city in Germany and it is the capital of Bavaria.

Where to stay in Munich

There is always something new to see in a city like Munich and after the sightseeing bus in Munich had ended we realised just how much of Munich we had totally missed. Thank you, Grayline hop on hop off Munich Bus Tour for showing us!

We hope this article from us here at Wyld Family Travel has encouraged you to visit Germany and make Munich your base for exploring. We are sure you will enjoy your time and find many things to do in Bavaria. For more amazing ideas on where to holiday in Germany click through to our Germany Destination Guide page for more brilliant inspiration. 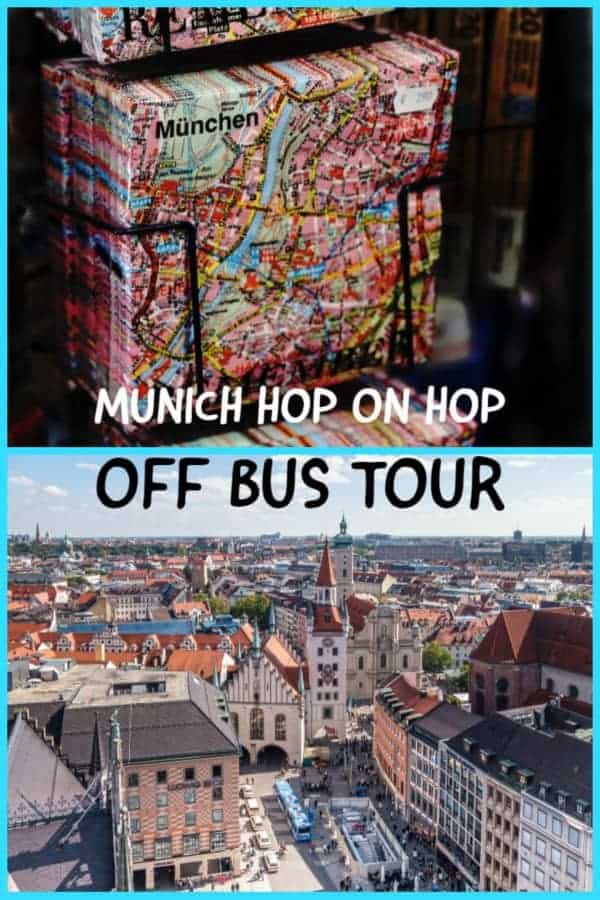 9 thoughts on “The Munich hop on hop off bus review”