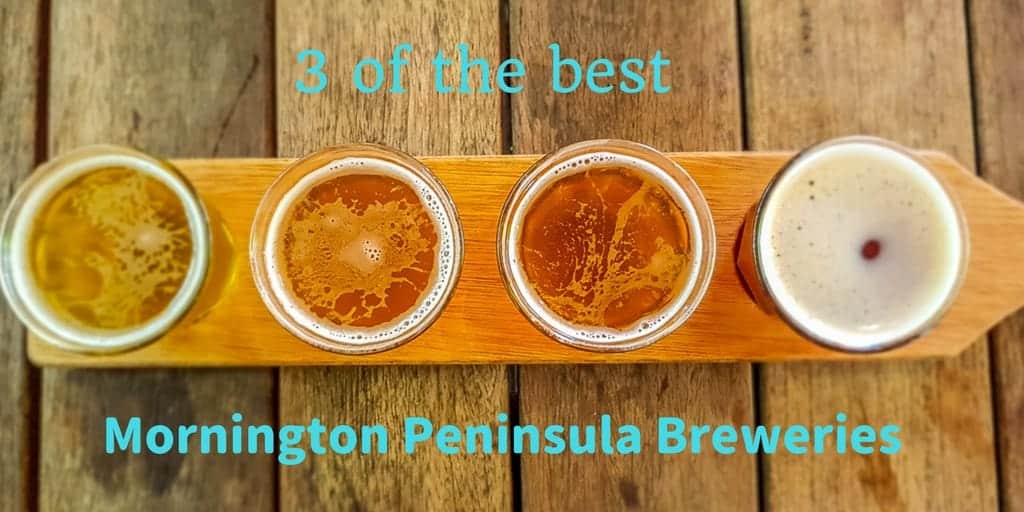 There is a burgeoning Mornington Peninsula craft beer scene. For those who don’t know what craft beer is it’s often described as this. A small brewery or craft brewery is a brewery that produces small amounts of beer. Producing beer made in a traditional or non-mechanized way by a small brewery. Generally independently owned but nowadays the big brewers are buying them up but still allowing them to produce their own craft beers

Red Hill Brewery was established in 2005 making it the old man on the block. My initial thoughts on Red Hill Brewery was that it was small, small by the standards of the 2 other breweries. Built over a decade ago its size was all that was required back when craft beer was no more popular than drinking Fosters.

You are greeted in the car park by a small field of hops growing. This is unique in the fact they use their own hops. I don’t know too many other breweries that grow they’re own onsite. Heading towards the brewery you are greeted with an open door barn displaying the brewery setup, tanks and equipment.

There are a few tables outside that leads you to the front door and a small drinking and eating patio are that was under shade.  This area may have held around 50 people comfortably.

We tried a drinking paddle of the most popular Red Hill Brewery beers which include the following.

Red Hill Brewery had a range of snacks, burgers and southern BBQ. On Thursdays and Friday’s the food is burgers and beer-friendly snacks. On Saturday and Sunday, the brewery serves up the Boomtown BBQ low n slow Southern style BBQ. Cooked onsite in a smoker that was in full view on the way into the food and beer area. We had some amazing beef brisket which was both tasty and tender. We highly recommend you have some of the bbq. We had the southern style BBQ with some coleslaw and mac and cheese. The mac and cheese was a bit of let down it was it tasted more of pasta than cheese.

Kids and families were present at the brewery. There was no specific kids food on the menu.

Jetty Road Brewery is the new kid on the Mornington Peninsula brewery block. Jetty Road opened its Dromana brewery in December of 2017. It looks new it feels and its an impressive space for sure. Located on an industrial estate in Dromana it occupies a big shed adorned with the JR brand out the front.

The only way you will know its a brewery is the JR sign. There is a small car park on site and outdoor seating on picknick tables and a standing area around wine barrels. The inside of the shed is huge, You will find a large bar at one end and a commercial kitchen at the other. Between, there are high and low tables with chairs, barstools and even a set of couches to sit on.

You will find music filling the air and a couple of big screen TVs.  We found Jetty Road Brewery to big and spacious which is a bit strange in today’s food and beverage environment.  Most venues are usually packed tight with tables and chairs.

The menu at Jetty Road Brewery has a lot of entre like sharing serves that are popular for groups these days. We tried some fries and pork belly bites. The fries were amazing, the hand cut chips were as huge. Think thick cut on steroids and you will be somewhere close. The Pork belly bites were crispy and favourable to taste. Salads, steaks and cheese platters are just a few of the things on this menu that borrows heavily from international inspirations.

Out the side of the Jetty Road Brewery in Dromana was an area with fake grass. This area contained and cubby but and some toys for kids to play with. A big tick for Jetty Road brewery here being the only one to have a play area for kids with toys. A kids menu is available which is always welcome when visiting any establishment.

First impressions of St Andrews beach Brewery is that it is certainly an upmarket establishment from the giant car park to the parking attendants who direct you to a parking spot. St Andrews beach brewery is a formal horse training facility that now serves great food and some of the best Mornington Peninsula craft beers.

In the mid-2000’s the property was a working racehorse training facility housing up to 80 thoroughbred horses and featured its own 1200m grassed training track and swimming pool. The racetrack is now described as a huge fruit and vegetable patch.

As you enter you will see the horse boxes on each side, picnic tables with umbrellas on the grass area with the bar and kitchen at the end of the property. The former stable boxes that once housed winning Melbourne Cup horses are now set up as seating areas.

Its a really unique set up and a great way to incorporate the history of the property into its future. The horseboxes are very popular and most were occupied or reserved. We sat on the grass area under an umbrella enjoying the atmosphere and the sun.

The name of the St Andrews Beach beers all come from the history of the establishment as you can imagine inspired by horse racing. Like most breweries, we visit I always start with a sample paddle. The sample paddle included.

We tried some fries while onsite. We had the Sweet Potato Fries and the chips with truffle pecorino cheese. We also sampled the artisan’s ice cream in the flavours of Creme Brulee and Ginger Bread. The Ice cream was amazing.

What impressed me about the menu was the price, everything was reasonably priced. We viewed a lot of meals coming out of the kitchen and they all looked amazing. They are a huge variety of meals. Everything from oysters to a salad from steak and burgers to pizza.  Something for everyone on the menu. I would have especially loved to have tried on of the burgers. You can view the St Andrews Beach menu here.

There were lots of families at the St Andrews Beach brewery and real kid friendly atmosphere was present. The staff were friendly and made kids feel welcomed. Once again this venue also had a kids menu

We have visited this region a few times now and we will certainly be back to the beach, sights, food and drinks. If your looking for things to do on the Mornington Peninsula do yourself favour visit a Mornington Peninsula brewery for the best in craft beers and locally grown foods.

Don’t forget to visit our beer, wine and spirits page for more articles like this.

How to get to craft breweries on the Mornington Peninsula

Where to stay after sampling Mornington Peninsula Brewery 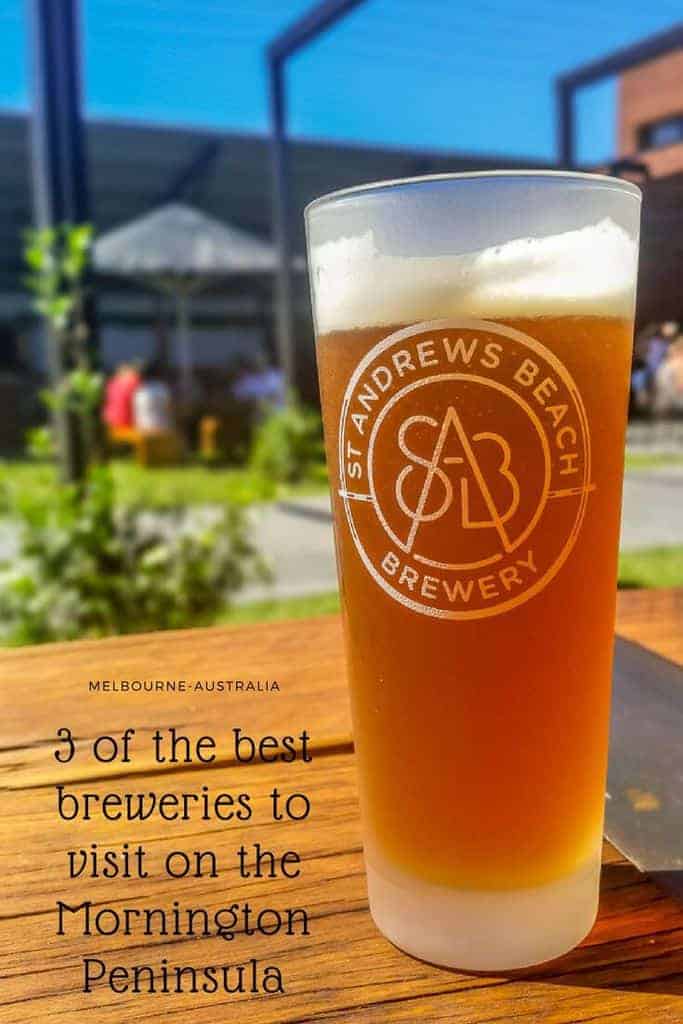