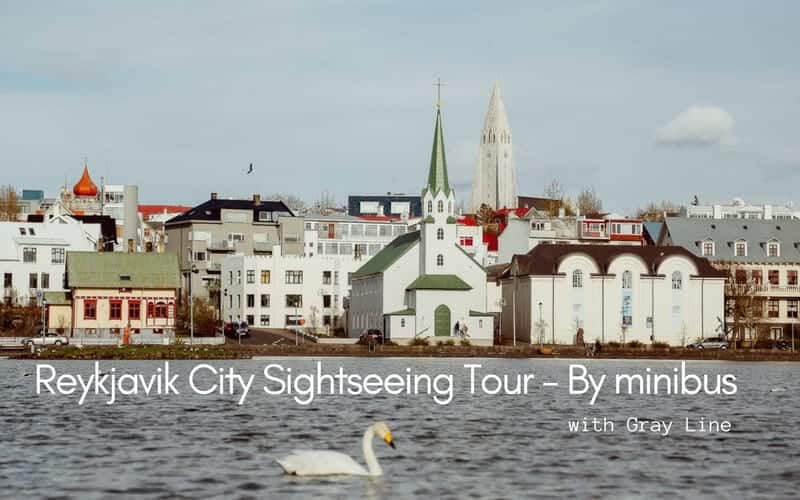 In what seemed like the dead of the night we all sat quietly in the lobby of the Downtown Reykjavik Apartments at 6.30am waiting to be picked up for our Reykjavik city sightseeing tour. In winter in Iceland 6.30 am is still like 3 odd hours away from daylight coming up.

First off this is one of the great things about Gray Line Reykjavik City Sightseeing tour, they pick you up from your hotel or apartment. Now that’s pretty convenient when the temperature can be in the minus outside. Our guide Tanya greeted us with a warm welcome. Tanya would go to prove to be one of the most friendly and enthusiastic tour guides we had anywhere across Europe.

She was happy to answer any questions we had and more importantly interacted with the kids in Reykjavik on this city sightseeing tour. We were the last people to be picked up on the minibus for the tour, so off we went to discover the sights of Reykjavik and its surrounding area. The minibus fits 19 people max on your tour so it was a nice amount of people. Not too big not too small.

This is the main shopping street in Reykjavik. Here you will find restaurants, takeaway shops, supermarkets, souvenir shops and street art. Laugavegur literally means “Wash Road” and it was once the route to the hot springs where many Icelanders took their clothes to wash.

The Höfði House was built in 1909 and it is considered to be a historically significant building in the Reykjavík area. This is showing my age but for those of us around in the 80’s you may remember this as the location for the 1986 summit meeting of presidents Ronald Reagan and Mikhail Gorbatsjov. A meeting of 2 superpowers that marked the beginning of the end of the Cold War.  Among the famous guests to have visited the Höfði House include the Queen of England, Winston Churchill and Marlene Dietrich. Today the house is used for official receptions by the Icelandic Government.

⇒ You might like our related article, How much is a trip to Iceland going cost me ⇐

The Harpa concert hall is a relatively new building on the landscape of Reykjavik Iceland, but it certainly makes a statement. The Harpa concert hall and conference centre was the 2013 winner of the European Union Prize for Contemporary Architecture. The building is unique with its coloured glass facade which was inspired by the basalt landscape of Iceland.  You will find many stage productions and concert ongoing at the Harpa from local to international acts. You can call in for a coffee or just a look at this iconic Reykjavik building.

I would say this is Iceland’s most iconic building at the very least the most well known. At 74.5 metres (244 ft) high, it is the largest church in Iceland and among the tallest structures in Iceland.  The church was designed to look like the rocks, mountains and glaciers of Iceland’s countryside. Do you see a pattern here with Iceland buildings built to be harmonious with their landscape? The most popular activity at the church is an observation tower. An observer can take a lift up to the viewing deck and view Reykjavík and the surrounding mountains.

The Perlan or The Pearl in English is a unique building in Reykjavík, The building has a dome on top shaped like a pearl. It is 25.7 metres (84.3 ft) high. The observation deck is now a part of the museum that operates inside the building. It is considered the be the best viewing point over the Reykjavík area. One can see mountains, volcanoes, geothermal areas, the ocean and a glacier. It contains panoramic telescopes at all six corners of the deck that allows you a 360-degree view of  Reykjavik.

Reykjavik facts we learned on the tour:

Icelandic names differ from most current Western family names. In Iceland a person’s last name indicates the first name of their father (patronymic) or in some cases mother (matronymic). In keeping with the Icelandic name tradition, Icelandic surnames end in -son or -dóttir with few exceptions.

⇒ Make sure you pre-book your airport transfer into Reykjavik. For details and booking search from here! ⇐

Residence of the President of Iceland.

One the most outstanding stops on the city sightseeing Reykjavik tour is the president of Iceland’s residence.Just out of Hafnarfjordur town, is Bessastadir a small group of white, red-roofed buildings that many are surprised to find are actually, the official residence of the President of Iceland.  It sits out in the middle of nowhere, not surrounded by fences, not surrounded by guards. We were assured though if you get too close you would see security for sure. A church sits out front and you know if the Icelandic flag is flying the president is in residence. Bessastadir has been the presidential residence since 1941 but the site has been mentioned as far back as the 13th century in Icelandic history

Located in Hafnarfjordur town considered a suburb of the capital you will find the old harbour. The harbour is still home to a large fishing fleet and fish markets that sort and pack the catch for domestic and international consumptions. We stopped at a small diner on our Reykjavik city sightseeing tour where we were able to buy some coffee, snacks or breakfast. I took a short stroll and looked at the fishing boats and a big stone arch. It is a monument in remembrance of the first Lutheran church in Iceland.

Where did we stay in Reykjavik

For the latest prices and booking optionsCLICK HERE

The Elves of Iceland

Hafnarfjordur is full of Elves, little mystical people. It is said that the elves live in lava rock formations. You will see the house’s built next to these formations and you will find roads diverted around them. Legend tells us that if you disturb the Elves living spaces they can put spells on you. This reaches to the highest levels of Government with Icelandic Road Administration having to change and divert projects worth billions (ISK) to avoid the breaking down of equipment and other superstitious worries associated with the Icelandic elves

The Reykjavik city sightseeing tour by Gray Line Iceland covers many of the city‘s top attractions. You will find your Reykjavik city sightseeing Reykjavik guide keeps you informed and entertained with facts about this amazing city and country during the tour. The tour allows you to pick out sights in the Reykjavik and surrounds that you may want to visit more in depth later on during your stay in Reykjavik. Keep Gray Line in mind for any Iceland guided tours

Please find 2 more articles on Iceland from Wyld Family Travel below. Just click the image to be taken to the article. 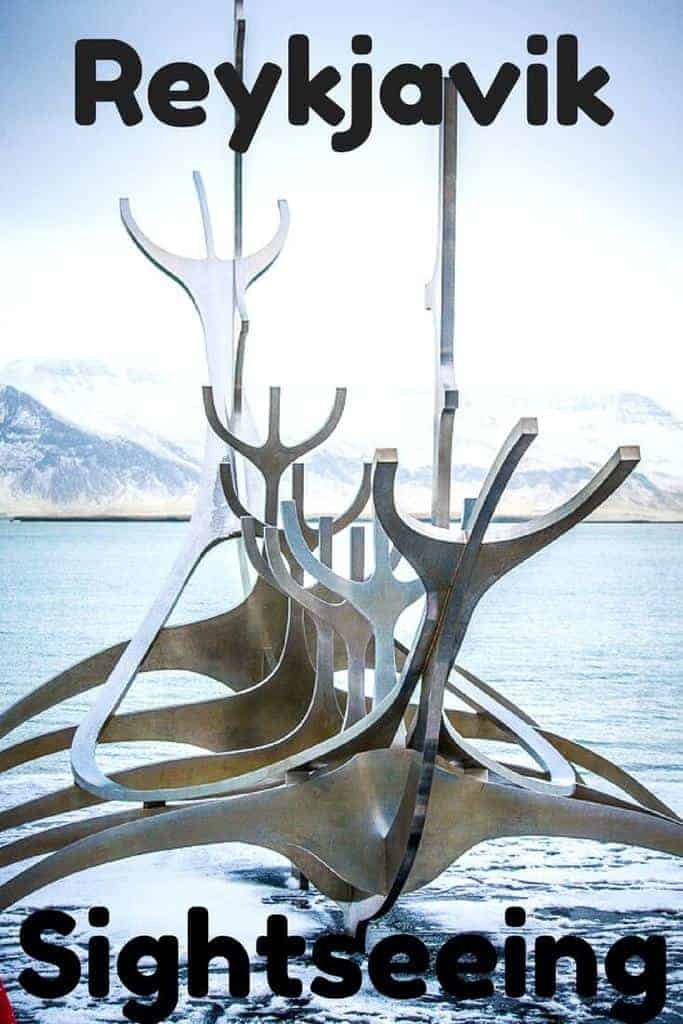