Inside the Seville bullring at Plaza del Torres

We had first sighted a bullfighting ring while in Granada, Spain. It appeared out of nowhere and all four of us were stunned at its sheer size. The bullring in Granada had long closed and was now home to cafes and Michelin-starred restaurants. Fascinated we looked around the bottom tier. We walked around the entire outside trying to see what the inside looked like but all the gates were locked. 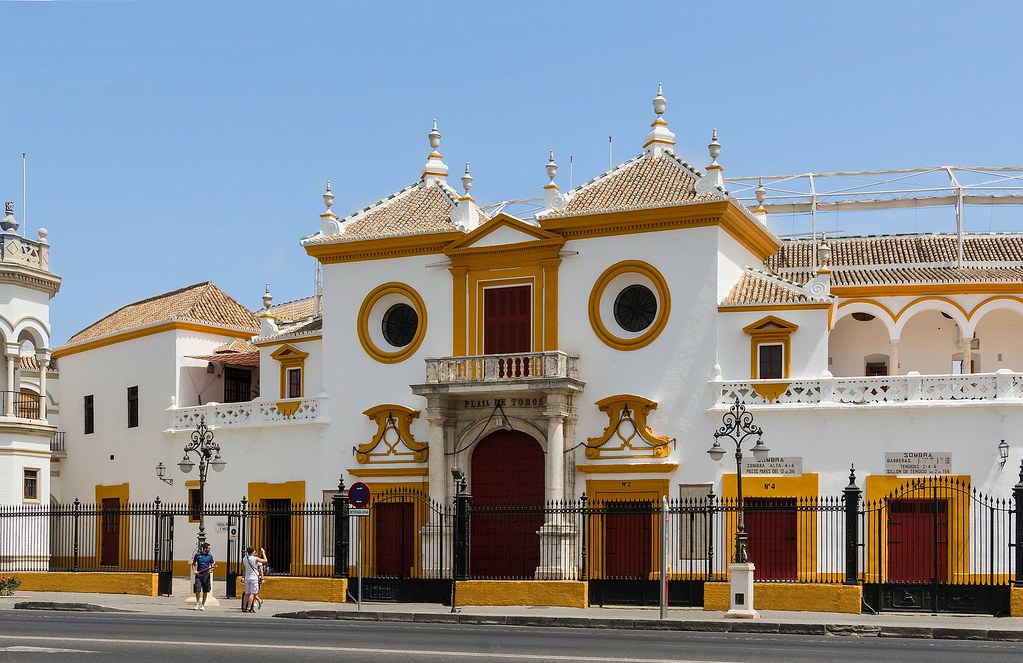 The front of Plaza Del Torres in Seville

So when we found out the Seville bullring was still opened, we decided to take a tour and learn about a sport that many would say is socially unexpectable in today’s age. We are going to put this out there straight away we neither approve or condone this sport. It is a part of Seville’s culture and heritage has been in operation since the mid-1700’s. We chose to take a tour of Plaza del Torres to learn more about the sport and Seville’s continued love/hate relationship with one of the most controversial sports anywhere in the world. It was important for us to try and understand the history and culture of bullfighting. Yes culture its a part of Andalusia’s way of life and has played a big part in the history of this region. Bullfighting in Spain as a whole has diminished though.

The History of Bullfighting in Seville

The Seville bullring offers tours in English and Spanish. We attended the 45-minute tour that takes you into the depths of the stadium. We were first able to see the museum of bull-fighting. This area showcases the history of the sport in Seville. In the museum are paintings from very early bullfights. and some of the military history of the area. We were told how the stadium was built by the military. 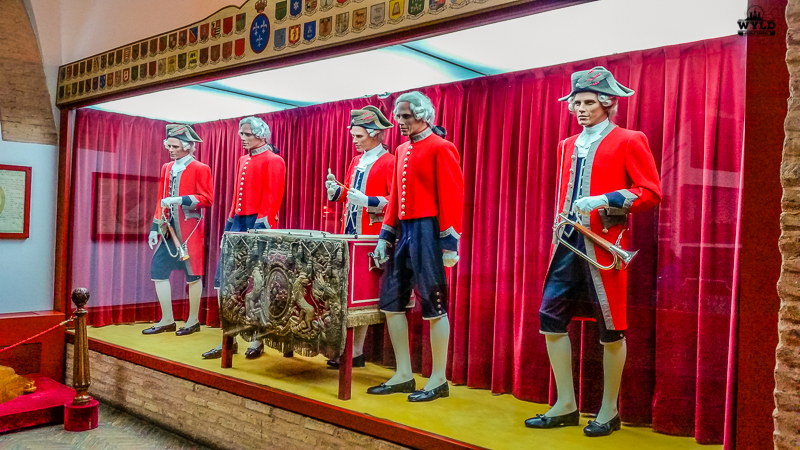 The Museum displays its history that is linked to the Military 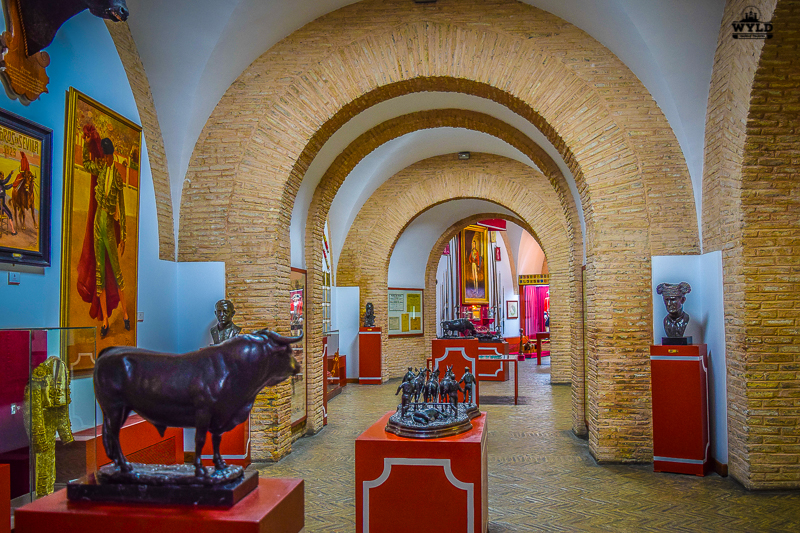 The museum on the Seville Bullring Tour is quite amazing

In one of the next rooms are costumes that have been donated by famous matadors after their retirement or after a famous bullfight. There are also posters that were made in the early days to promote bullfights. I was very surprised at the intricate detail that was on the matador’s costumes and how beautifully they were made. Our guide told us that the colours were picked by the matador and were just normally colours they liked. Unlike what popular culture tells us the colour red does not make bulls mad. Bulls are actually colour blind so the colour red was chosen because it stands out better to the crowd. 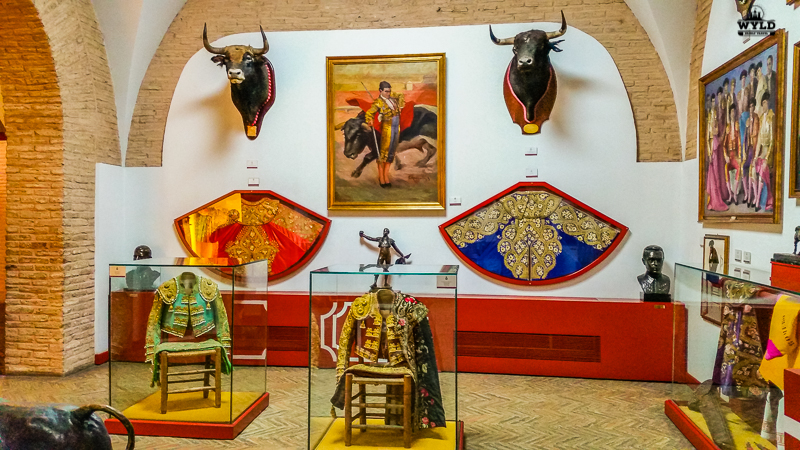 A tour at Plaza de Torres in English is available 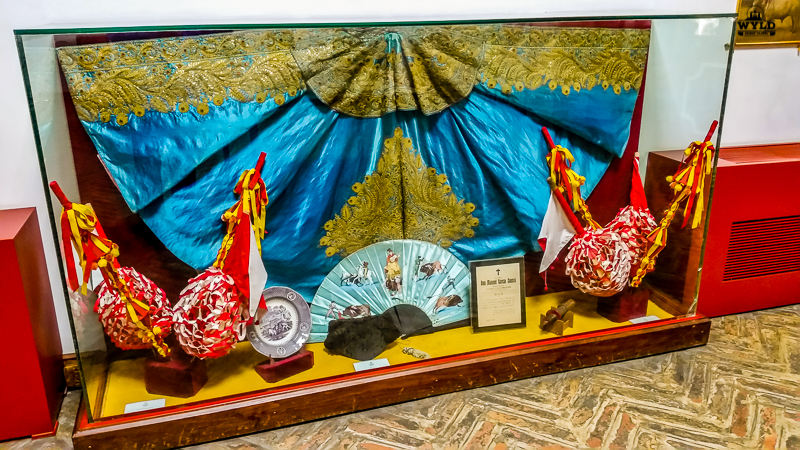 The Matador in the Seville Bullring have some amazing coloured capes

The bulls must be 5 years of age before they can be used in the arena. During this time the bulls are only feed oats and corn. The bulls were allowed to roam much like being free range. Some people would argue that to live to 5 far outweighs the normal lifespan of a cow. In Andalusia, there is over 150,000 hectares of land dedicated to the breeding fighting bull.

The chapel the matador prays at before entering the Seville Bullring 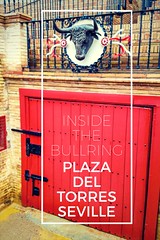 The Bulls enter through this red door.

The Seville bullfighting season runs for 6 months. Fighting takes place 3 or more times a week. The matador trains from a young age to be considered for the privilege of fighting in the Arena. The matador will fight 3 times during the day. Some consider the contest between man and bull more a form of artistic expression or a dance with the way the Matador moves around with his cape than an actual fight to the death.

As we were learning about the Matadors our guide showed the girls a special Matadors costume. This one was from a woman who had recently retired at the age of 34. She explained that she wanted to have a family and did not think it was a good idea to continue with the sport once she had made the decision. Both the girls were surprised that women did this sport at all. That is when the questions from them started. They first wanted to know was were there many women Matadors? There were not many and the guide said there were only about 3 all up.

That kept them happy for a while until we came to the preserved heads of the bulls that were on display. It was explained to us that if the fight was good the matador would get one of the bull’s ears as a keepsake of the fight. If it was a really good fight they would get both and if it was deemed extremely good then they would get then tail was well. Neither of the girls had seen a bullfight before or really even read about one and as the group headed into the next room we had to do a lot of explaining to them.

Where do we stay in Seville?

Apartamentos Plaza del Salvador are located in the heart of the historic centre, 400 m from Seville Cathedral and the Giralda. They feature air conditioning, free Wi-Fi and elegant décor. These apartments are new and modern fully self-contained with cooking facilities. The apartments are close to restaurants and the Encarnación market.

Although we had explained to them what a bullfight was they both did not seem to comprehend the ending of the fight. Maybe we did not explain it well enough or maybe we just sugar coated it a bit too much. But we realised that we needed to do some serious explaining and we did not leave the room until they both understood what happened in the ring and the guide was brilliant helping us fill in the bits we did not know. I was thankful for her support and honesty with the girls. 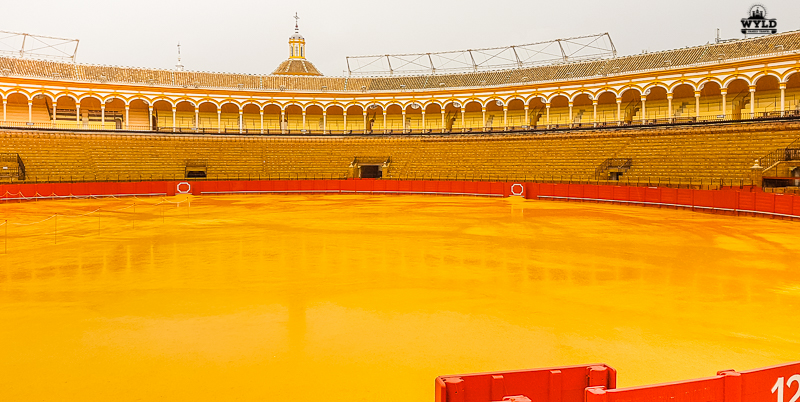 Inside the amazing arena

We were finally shown where the bulls were kept before they entered the ring. It was a large area where only 3 to 4 bulls were kept at a time. From there we saw the small chapel where the Matador’s pray before they go into the arena and then we headed out to see where it all happens, the Seville bullring. It was raining at this stage so we did not spend a lot of time our there. I was surprised at how big the stadium was and how many people could fit in there. Our guide said that during the season it is full for nearly every fight.

This is where Willow asked the two questions everyone was thinking. 1. How many people have died to do this and number 2. was how many bulls have lived? Even I was impressed by her questions as the second one I had not thought of. It turns out that a Matador had died the previous season at another ring (A Matador died in the Seville bullfighting arena during the 2017 season). And to my surprise, although rare there have been only a small amount of bulls that have left the Seville bullring in retirement. They end up prize breeding bulls and live out their days in a stud farm. 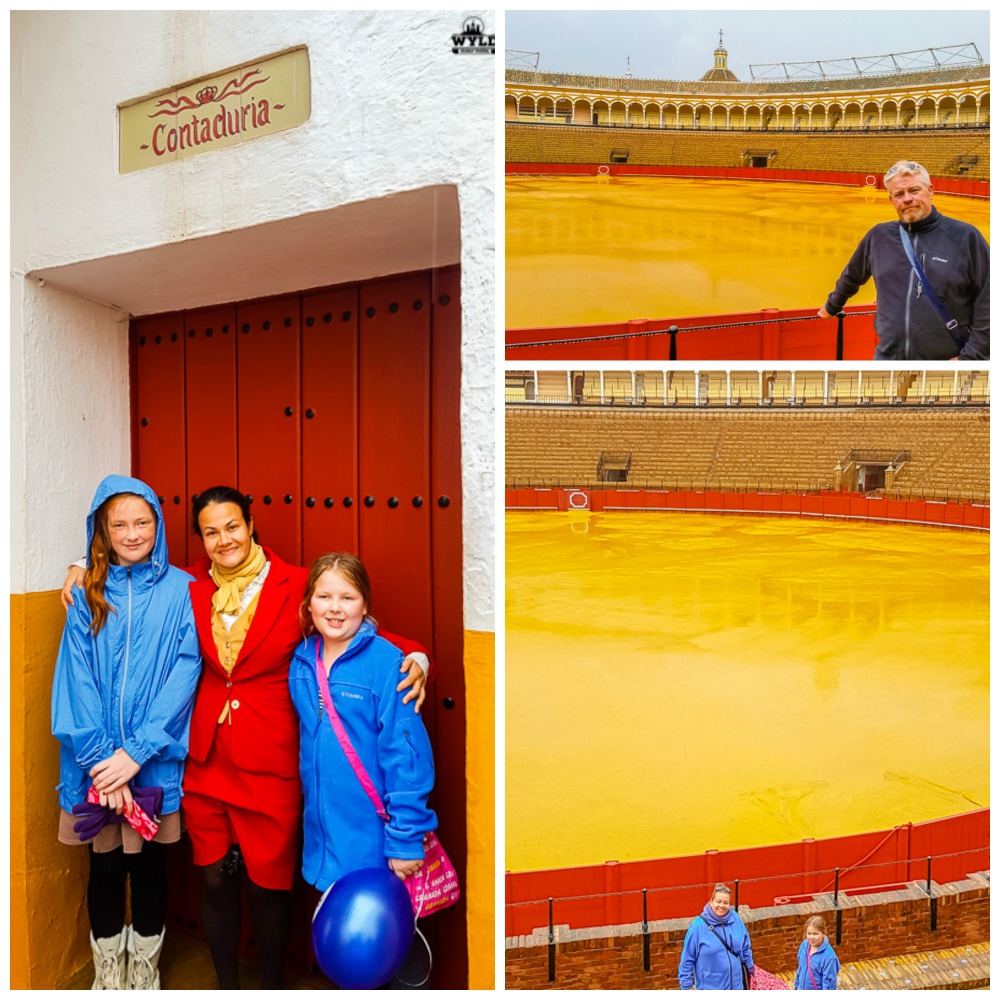 The Wyld’s on tour

From there it was the end of our Seville bullring tour. Our guide was great at answering our questions and trying to explain things to the girls that we found difficult or things we did not know. Once we had left the tour we sat with the girls and spoke with them about their thoughts on bullfighting and about the history they had learnt on the day.

We learnt what we wanted to on the Seville Bullring tour and while we understand the cultural significance to people with this sport it is just not something that we could watch. Both the girls struggled with the idea and to be honest even we did. While we are happy that we went on the Seville bullring tour to learn about the most controversial sport in the world it is our belief it is neither our place to approve or support the sport. Our aim as travellers is to learn about other cultures and no trip to Seville would be complete without this experience

How to get to Seville:

Seville’s bus system runs from  06:00 to 23:30. Perhaps the most convenient lines are the circular C1, C2, C3 & C4 lines, which take you near some of the Seville’s most iconic monuments. A single bus ticket costs 1,40€ or a Bonobus voucher allowing 10 trips costs 6€. Seville has a small metro with just three lines The Seville metro runs from 06:30 to 23:00 and until 02:00 on Friday and Saturdays. A single ticket costs 1,40€ or a one day ticket including unlimited travel on the Metro is 4,50€. The centre of Seville is very compact and easily traversed on foot. Other options include the Seville Card. The Seville Card allows you use public transport and offers free and discounted entry in too many Seville Attractions. The Seville Hop on Hop off bus offers 24 and 48-hour tickets. This bus drops off and picks up at 12 different spots around Seville and also offers 4 free walking tours. Get the latest prices and booking details HERE

Where to stay in Seville:

Seville has accommodation options for every budget from Hostels, to Apartments and Hotels rooms.
Hostels in Seville can start from as little as $14 a night for a shared dorm room. HostelClub has a great selection of properties. Check out Trip Advisor for the top 5 ranked hostels in Seville. You can book your stay directly from this page.
You can search Airbnb for there Seville accommodation offerings. If you have never used Airbnb before get yourself $50 credit by signing up and booking a stay right HERE
Hotels in Seville generally start from around $70 a night for a double room and increase incrementally as the luxury rating rises towards 5 stars.  You can compare and book your stay on Agoda, Hotels.com,  Hotels Combined and Priceline

(All coloured text in the Getting to Seville, Getting around Seville and Where to stay in Seville links to the pages mentioned for your information and booking convenience. We here at Wyld Family Travel will make a small commission from any bookings you make. This money goes into maintaining our website)

Here are two more articles that we have written on our time in Seville. We hope you find them interesting and helpful for your next trip to the amazing Seville, Spain. 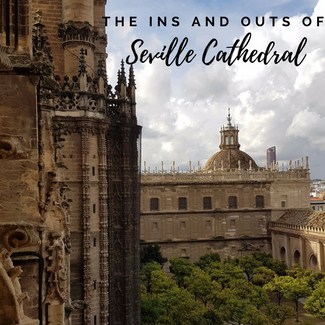 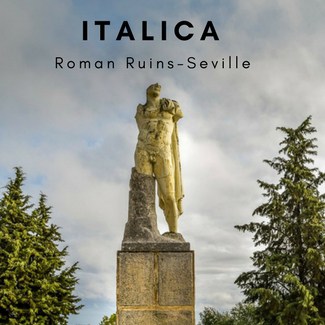