Have you ridden a Steel Donkey – Barcelona bike tour

The meeting point for our Barcelona bike tour was deep in the Gothic Quarter. As we wandered through looking for our meeting point we passed churches, part of the Roman walls, we could see washing dangling from balconies and Catalan Independence flags flying proudly. We reached Greens bike shop, a specialist in Barcelona bike rental where we meet Edu from Steel Donkey Bike Tours. Edu is a Barcelona native and would be our Tour Guide on his Steel Donkey for the next 4 hours.

For Barcelona by Bicycle don’t go past Steel Donkey

We all got our green bikes after some testing of heights for the kids and both the girls were supplied with helmets for their safety. Edu explained that Barcelona, unlike many other cities, had not embraced a bike riding culture. Sure there were bike lanes and paths but this was no Amsterdam. Marley was very nervous as we started riding through the small streets. Our poor possum was intimidated by the people, scooters and delivery vehicles that zip around Bari Gothic and El Born. 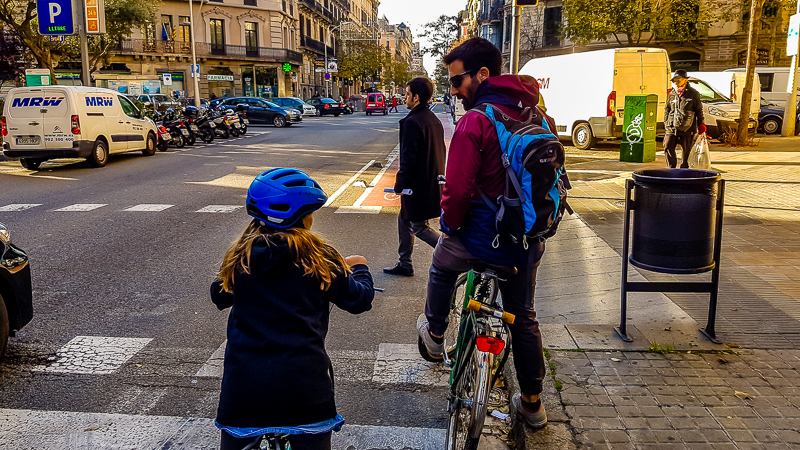 Edu and Marley on the streets of Barcelona

Edu helped put Marley at ease by listening to her and providing her with instructions whenever we stopped and as we rode. He answered all of her questions and we can guarantee there were plenty! Marley stayed glued to Edu’s back wheel for the next 4 hours which also put us at ease with her riding around a large city as it is not something we have done ourselves either. Edu explained the history of the Santa Maria Del Mar church. If you look closely inside their is an FC Barcelona logo as the club donated money to help restore it. 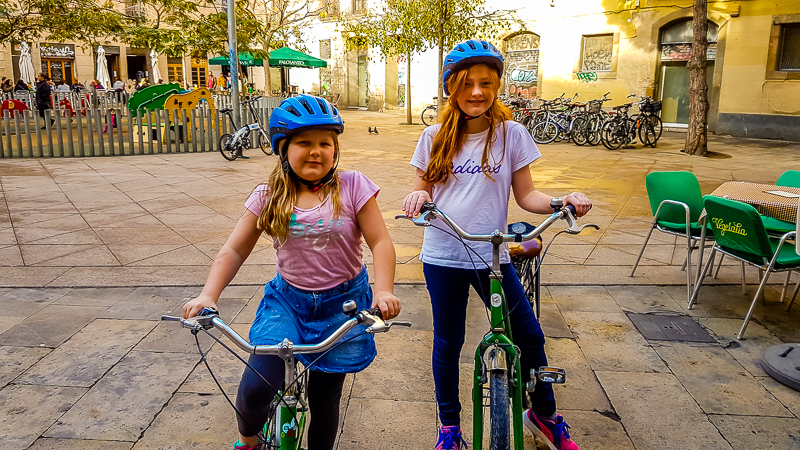 The girls loved their Steel Donkeys

We were told that many years ago around this area was the port. If you see a building with a ladies head above the door it signified it was a place of ‘Adult Entertainment’ as Edu put it nicely as to not tell our kids too much. We were showed the former mint of Barcelona and told about how Catalonia first called their currency the Paso then Spain adopted it nationwide. After leaving the small streets we headed towards the park where the 1929 Worlds Fair was held and viewed Barcelona version if the Arc de Triomphe. We missed seeing it last time so riding underneath it was a great experience

We have personally been on the Barcelona hop on hop off bus tour and highly recommend it. See the fascinating city of Barcelona on a comfortable and convenient hop-on-hop-off bus tour. You’ll travel on open-top double-decker buses that cover 3 different routes. Your 1-day or 2-day ticket makes it possible see all that Barcelona has to offer!

Did you know Eiffel came to Barcelona and proposed to build the Eiffel Tower and it was rejected by the powers that be in the city? A huge mistake I would say!. We headed up the busy streets on our bike tour of Barcelona until we reached one of the many neighbourhood markets that sell the best meat and produce in the city. Mercat de La Concepció is the type of place locals go, the type of place you develop a relationship with your butcher, fishmonger and greengrocer. 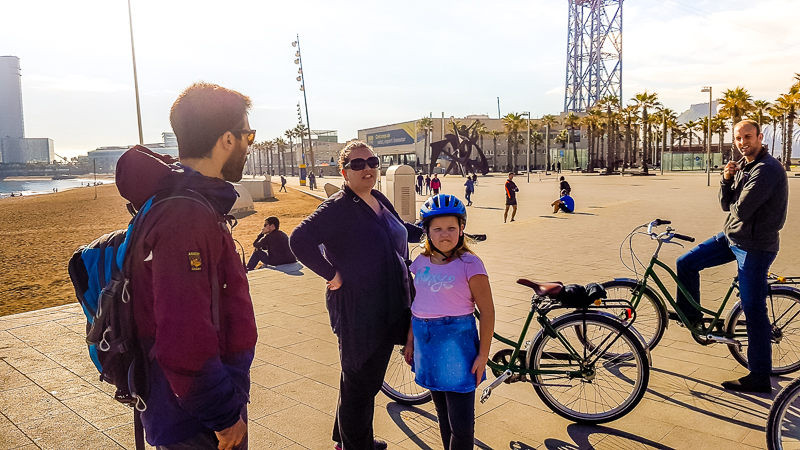 We were given a 30-minute break to buy some lunch. We wondered around buying some small serves of traditional Catalan foods and then sat on a bench to eat them. There are toilets in the market here, just remember to have some 50 cent pieces with you as they cost money to use.

Back on the Barcelona bike tour and we headed to the beaches of Barcelona. The new section that was created when the 1992 Olympic Games came to town. You see before the games Barcelona only attracted half a million visitors a year. The Games gave the city a chance to build, create and beautify this city. They needed this to attract visitors back after the Games had faded away into the past. Last year Barcelona Spain received 12 million visitors. Anyway back to the beach.

Watch the highlights of our Barcelona Bike Tour

This area was once an industrial area and fishing port. Edu told us it was once said that Barcelona had its back to to the beach. It’s now a great area with many sandy beaches restaurant and a promenade for strolling along. We all happily rode our bikes along the length of Barcelona’s man made beaches. Heading back to the Gothic Area we made one last stop at the Barcelona post office.

Wow, what a post office. Grand is more likely a word to describe it. Steps and concrete columns greet you on the outside making it look like a grand historical building. Once inside the high roofs are a canvas for some amazing paintings. Then we hopped back on the bikes to go back to drop our bikes off and thank Edu for the tour. We had an excellent time on Steel Donkey. No matter what your fitness level is this Barcelona bike tour is suitable for everyone as you cruise along at an easy pace and there are really no big hills to climb. The kids loved it and could not stop talking about it. It was a great way to see something outdoors that mixed exercise and learning for kids and adults. Spend a few days in Barcelona and explore by bike or foot, its an amazing city

Wyld Family Travel did this Barcelona bike tour courtesy of Steel Donkey but as always our opinion remains our own. You can find more on the Steel Donkey Website HERE 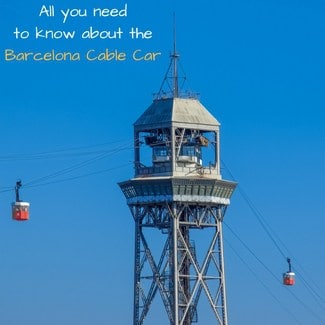 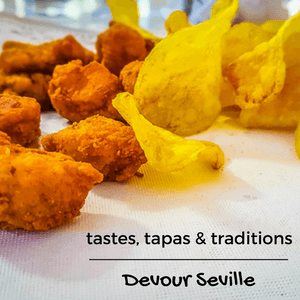