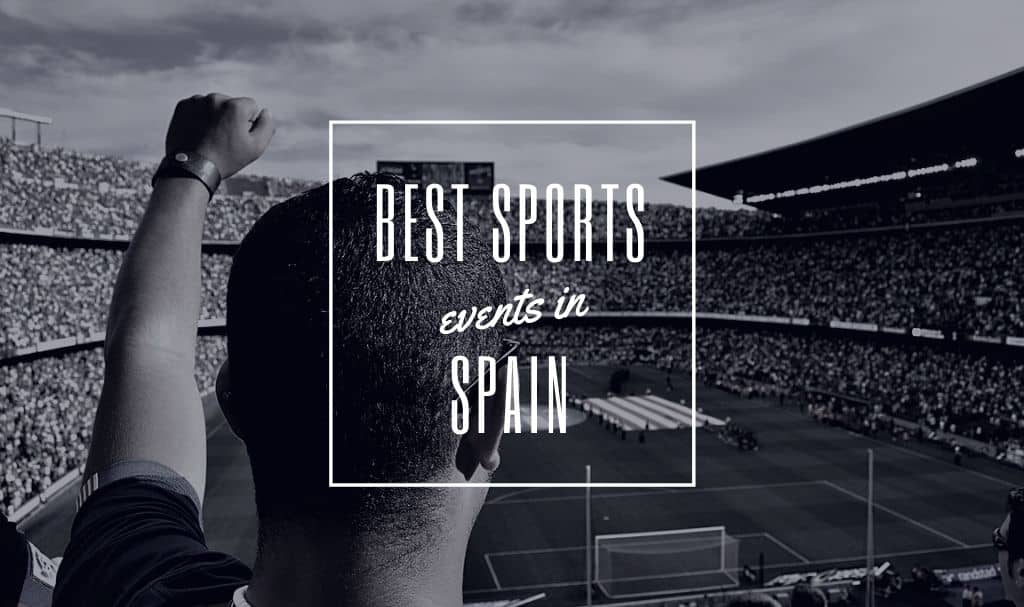 If you and your friends are fanatical about sport, a trip to Spain will certainly be right up your street. Although the country is quite literally soccer mad—with two of the world’s biggest soccer clubs participating in Spain’s La Liga each year—there are plenty of other sporting occasions across Spain that will whet your appetite.

Spain is no stranger to hosting internationally recognised sporting events and championships, as well as local and regional spectacles that bring communities together. This article is geared towards those planning a trip throughout Spain who want to experience the nation’s passion for the sport.

If you have never visited a Formula One race or experienced the raw power of F1 cars, mark 12th May in your diaries for 2019. Montmelo is playing host to the Spanish Formula One Grand Prix, with the likes of Lewis Hamilton and Sebastian Vettel once again doing battle for world championship supremacy. It looks unlikely that Spain’s Fernando Alonso will feature, after announcing his retirement from F1 at the end of last season.

However, reports have suggested that he has been spotted at the McLaren headquarters and could be part of the team’s pre-season testing. Interestingly, Montmelo has also been chosen as the circuit to host the majority of pre-season testing for all of the leading teams, so it could be a fun place to visit in March, too.

Andalusia has a reputation for having some of the best courses in western Europe. It has previously been recognized by the International Association of Golf Operators (IAGTO) as the “European Golf Destination of the Year”. The Real Club de Golf de Valderrama will have the chance to demonstrate its qualities once again in October.

The Andalusia Spain Valderrama Masters is one of just two tournaments held in Spain each year on the European Tour. There is no doubt that watching professional golf towards the back end of Spain’s summer season is a joy to behold. The high season may be over, but temperatures are still very comfortable.

This summer, Madrid is playing host to the 2019 Champions League final. The Wanda Metropolitano, home of Atletico Madrid—Real’s city rivals—will be full to capacity to welcome the two best teams in Europe battling it out for supremacy. The latest Champions League odds would suggest that Manchester City and Spain’s Barcelona are the leading contenders to be lining up in the Wanda Metropolitano tunnel on Saturday, 1st June.

If you are interested in applying for tickets for the 1st of June, ticket applications will open to the general public in March. Prices for final tickets will also be revealed on the day the application window opens. If you’re in Madrid for a few days in and around the Champions League final, check out our guide on what to do in Madrid.

Staying on the subject of Madrid, the 12th May sees the world’s tennis elite embark on the Spanish capital for the Mutua Madrid Open. This tennis tournament is hosted in the magnificent Caja Magica sports arena, which is flexible enough to allow games to be played both indoors and outdoors, due to its retractable roofs. This has proven very handy in the past when inclement weather has threatened to spoil the tournament. Many locals come to watch compatriot Rafael Nadal strut his stuff on the court, with the superstar now back to full fitness after a difficult spell on the sidelines due to injury. A sporting event is a great option for families travelling with teenagers in Madrid

Hosted between the months of August and September, Spain’s Vuelta a Espana is the biggest road cycling event in the country. The world’s best cyclists ascend the three annual Grand Tours in a spectacle that has to be seen to be believed.

It is surprising just how adrenaline-fuelled the Vuelta an Espana is, with its hairpin bends and challenging gradients proving to be stiff tests for even the most successful road cyclists from the Tour de France. The Vuelta an Espana route ventures through 15 of Spain’s mainland regions, so at least one stage is likely to pass near you.

The eyes of the entire country are on Camp Nou or the Bernabeu Stadium when Barcelona and Real Madrid do battle in “El Clasico”. The two giants of Spanish soccer clash twice a season in La Liga in one of the fiercest rivalries in European football.

Barcelona prevailed in the first match-up of the 2018-19 La Liga campaign, defeating Real Madrid at the Camp Nou, so the onus is on Real to return the favour in Madrid on the weekend of 2nd/3rd March. Don’t worry if you can’t get a ticket; Madrid’s bars will be packed with fans wanting to catch a piece of the action on television, which is a great way to mingle and interact with the locals.

At the beginning of May, the leading riders of Moto GP visit Spain’s shores for the Red Bull Moto GP Spain 2019. The circuit of Jerez will play host to the event this year, which has also been the circuit of choice for the Spanish F1 Grand Prix in the past. If you are a fan of racing on two wheels, be sure to venture to the Cadiz area at the beginning of May to watch as Marc Marquez, Valentino Rossi, Jorge Lorenzo and Pedrosa all do battle to claim 2019’s championship.

For those heading to the Costa Del Sol this spring, Malaga’s half marathon is one of the best-supported running events in southern Spain. It has been running for 28 years, with the route taking amateurs through Paseo Central del Parque de Malaga in the heart of the city. You’ll run along the waterfront, beyond the harbour and the city’s classic tobacco factory. There are also plenty of opportunities to spectate if you don’t fancy donning your running shoes yourself!As you can see, it’s not just soccer that Spain goes sports-crazy about.

It celebrates a whole host of sports in many special ways, and the nation boasts some of the world’s best athletes and sportsmen (with women to cheer on, too). Although Spain’s weather and the Mediterranean vibe are one of its biggest draws for tourists, its sporting heritage shouldn’t be forgotten.

How to get to Madrid by plane

Pick up your rental car at Madrid Airport.

Transfer to and from the city is available by private transfers, bus, taxi and the underground train network.

How to get to Madrid by train

How to get around Madrid

Madrid public transport is the easiest way to get around the city. The Madrid Metro is divided into zones A, B1, B2 and B3. You will find all the Madrid attractions in Zone A You can buy an individual ticket for the Madrid Metro to travel anywhere on the network except the airport. This is valid for a single journey costing €1.50. The cheapest way to travel on the Madrid metro is to buy the Metrobús 10 journey ticket. This gives you 10 journeys on any metro line in zone A,

Places to stay in Madrid

Madrid has apartments for all shapes and sizes. From families to singles their will be an apartment for all budgets in Madrid. Check the map below for Madrid apartments

Barcelona El-Prat is a hub for Vueling and Level airlines.

Barcelona is a  focus city for Air Europa, Iberia, EasyJet, Norwegian and Ryanair

How to get to Barcelona by train

Places to stay in Barcelona

We hope this article from us here at Wyld Family Travel has you inspired to attend a sporting event in Spain. There are so many things to do in and see in Spain. For more amazing ideas on where to holiday in Spain click through to our Spain Destination Guide page for more brilliant inspiration. 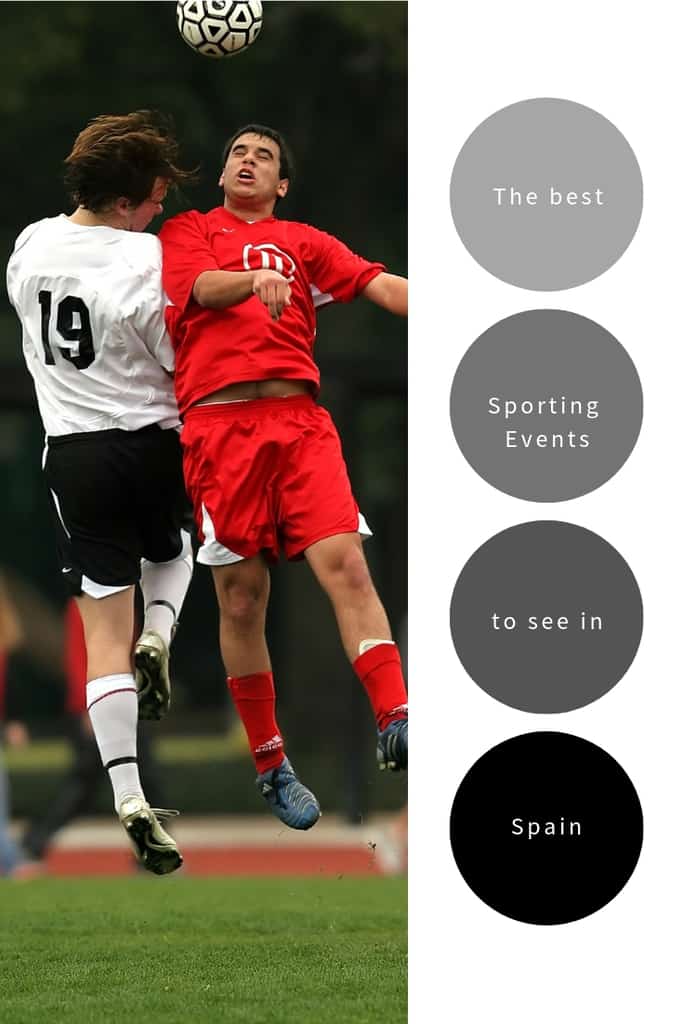