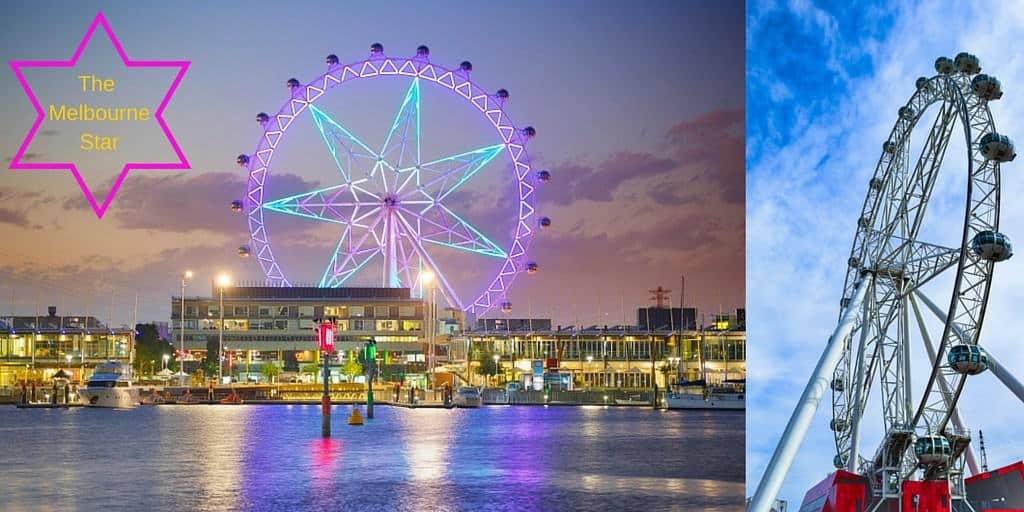 The Melbourne Star is a giant observation wheel located in the Harbour Town Docklands district of the city of Melbourne Australia. It is reachable by the famous Melbourne trams in under 10 minutes from the central business district.

The Melbourne Star at the Docklands

The Melbourne Star Observation Wheel first opened to much fanfare in 2008. The Star operated for only 40 days before structural damage was noticed. Cracks up to 3 metres long were found in the metal tubing. Dismantled and found to be so defective that The Star had to be rebuilt. 5 long years later The Melbourne Star was finally re-launched functional and was opened to the public on 23 December 2013.

The kids had been talking about The Melbourne Star all week since I had mentioned we were going on it on the weekend. The height of the giant wheel had us all excited if not a little apprehensive. We visited The Melbourne Star on a very blustery Sunday. The kids had a mixed look of excitement and fear all rolled into one of their faces but once we were on The Star excitement took over!

The Melbourne Ferris Wheel is Huge

One is never fully prepared for just how large The Star is until you are standing under it looking up at this giant feat of engineering or you are finally at the top admiring the views of one of the most beautiful cities in the world! The lines for The Star were constant, despite the windy day, with a wait of around 15 minutes to get on the giant observation wheel. The staff on the boarding deck were extremely friendly and helpful with instructions and able to answer questions about your ride on the giant wheel.

We were lucky enough to have a capsule to ourselves. The Star moves at 1 kilometre an hour and takes 30 minutes to do a full rotation but once you are up there the time absolutely flies. The capsules provide a 360-degree view of the Melbourne skyline, Port Phillip Bay and the surrounding suburbs of the city. The Melbourne Star Experience is best done at night in our opinion.

A nice touch is the P.A system that informs you of a monument, building or landmark to look for. It gives you a rundown on the history of Melbourne and information about The Star itself during your journey. Both the girls loved looking for the places being talked about during the ride and we all learnt some new facts about our state’s capital city.

Food and drink on the Melbourne Star

A recent addition to the Melbourne Star is a snack bar at the point of entry to the cabins. You can grab yourself a snack or even a drink both alcoholic and non-alcoholic for your journey on the start. We enjoyed a cider, beer, soft drink and some crisps as you enjoy the Melbourne Skyline.

The Dockland Star wheel is positioned so that you get a view of the bay area for the first half of the journey and the Melbourne CBD and skyline on your way down on the second half of the journey. I also liked that there were facts about Melbourne in two small rooms you had to walk through before you lined up.

We all took the time to read some of them and had a laugh at some. (You know we are the home of the Dim Sim?!!) The Star observation wheel was a real win for our family we loved the slow easy pace of it, and will no doubt return for another spin around The Star at a later date. We did indeed return for a second ride on the Melbourne Star Ferris Wheel.

*The giant observation wheel is 120 metres high. The wheel has 7 spokes which represent the seven stars on the Australian flag.

*The Star comprises of more than 7.5 kilometers of steel tubing, weighing over 1736 tonnes.

*The Star is one of only 4 giant observation wheels in the world (giant wheels are classified as higher than 120 meters in height and with a 360 degree view) and the only one in the southern hemisphere.

*The world’s other giant observation wheels include the London Eye, the Singapore Flyer and the Las Vegas High Roller.

*Melbourne Star has 21 air-conditioned cabins which give you an unparalleled, 360-degree view of the city.

The Star is a major Melbourne attraction

The Melbourne Star Cabins are very big and roomy. They would easily fit a dozen people. If the Star is not busy they will usually fit your group or family into one cabin for the flight on the star. Each cabin has a bench seat in the middle so you can sit or you stand by the windows.

Marley’s opinion on The Melbourne Star:

I think it’s 10/10! I liked the view and you actually got told important information about Melbourne. It was just really nice.

Willow’s opinion on The Melbourne Star:

It was really good, a very educational experience. I can’t wait to do it again!

There are many different Melbourne Star Observation Wheel tickets available for you. You can get single, family, group and experience tickets that offer a bit more for your Melbourne Star Wheel experience

Experience a single 30-minute flight in a fully enclosed, air-conditioned cabin that will take you 120 meters above Melbourne. The Melbourne Star Observation Wheel is the only giant observation wheel in the Southern Hemisphere.

Directions to The  Melbourne Star

The city tram is one of the free things to do in Melbourne. Catch the free city circle tram (from Flinders Street) or Tram 30 (via La Trobe Street) to the corner of Harbour Esplanade and La Trobe Street and walk along the promenade to Waterfront City to find the Melbourne Star. Ice skating Docklands at O’Brien Arena is another excellent activity.
OR
Tram 48 (via Flinders Street) or Tram 86 (via Bourke Street) to the Waterfront City tram stop.

The Melbourne Star times og opening will allow you to experience the observation wheel in both day time and night time.

Family Travel Tips: You can take a second trip around the star for as little as $2 per person extra. You need to exit and buy the additional tickets in the gift shop.

If you have small children in a pram you may not be able to take the pram with you. An attendant will let you know when you are having your tickets scanned.

There is a shopping hub called Harbor Town Docklands located next to the Melbourne Star. Harbour Town Docklands has toilets and a variety of places to eat. Eating at Docklands restaurants is one of the most popular things to do in Melbourne today.

If you require wheelchair access, you are requested to let the attendant know when you are purchasing your tickets and they will be able to direct you to the access points you will need.

We hope this post from us here at Wyld Family Travel inspires you to experience some of the best Melbourne attractions while visiting Melbourne. For more amazing ideas to help you plan your trip to Melbourne click through to our Australia Destination Guide Page.

Some more travel inspiration for your trip to Australia

The Melbourne Star was nice enough to provide us with a free ride. Our views expressed here are our own and are in no way influenced by our free entry on the Melbourne Star. 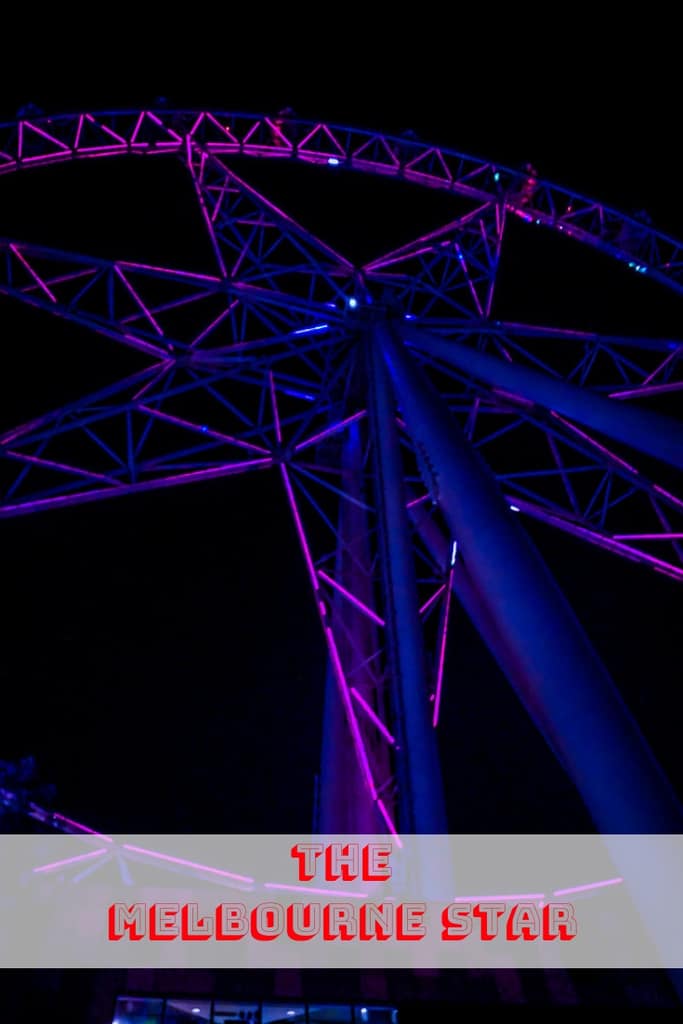 20 thoughts on “What to expect on the Melbourne Star”