Bibione is known for its amazing beaches on the Adriatic Coast. Wedged between Italy and the Croatian border this beach town draws tourists by the thousands from Germany and Austria.

If you like nothing better than pulling up a sun lounge under the shade of a beach umbrella and spending your days swimming and lounging, Bibione is the place for you.

That being said there are a number of amazing destinations and attractions to visit not too far from Bibione Italy. Let’s take a look at some places that are great to visit on a day trip.

Venice Italy is 102 kilometres or a little under 1 hour and 30 minutes away by road. Venice is a must-visit Italy destination. Venice is fascinating for most people and on everyone’s bucket list. People see pictures of buildings rising straight out of the water, or Gondolas drifting through the canals and they desperately want to visit. Some of the must-see attractions in Venice include:

Pula Croatia is 221 kilometres away or a little over 2.5 hours along the Adriatic coast in Croatia. Pula, is another seafront city on the tip of Croatia’s Istrian Peninsula and Pula is well known for its harbour that is a safe haven to ships in bad weather. The area is also known for its beaches and Roman ruins. Pula was settled thousands of years ago because of the strategic location it holds. History tells us The Romans, Ostrogoths, Venetians, and the Allied Forces in World War II, have controlled the city at some stage. Some of the must see attractions in Pula include

Pula Arena – The Arena is the only remaining Roman Colosseum to have four side towers and with all three Roman architectural orders entirely preserved. The Pula Arena was constructed in 27 BC – 68 AD. This well-preserved marvel is among the six largest surviving Roman arenas in the world.

The Temple of Augustus – Another amazing Roman site in Pula. A well-preserved Roman temple dedicated to the first Roman emperor, Augustus. It believed it was built while Augustus was still alive between 27 BC and his death in AD 14

Wine – The climate and soil of the Pula are perfect for producing wine. The local white wine is made from the indigenous Malvasia grapes. This white wine compliments many of the local seafood dishes served in Pula.

Cape Kamenjak – For the serious thrill seeker this area just near Pula can provide you with some serious fun through cliff jumping. You will find locals doing this activity at many spots on in Cape Kamenjak.

Aqualandia is located just 61 kilometers or around an hour’s drive from Bibione. This makes it one of the easier day trips from Bibione Italy. Aqualandia is one of Italy’s most popular water parks. Boasting a slogan Sport, Relaxation, Adrenaline and Fun for all tastes. The site boasts 80,000 square metres of slides, pools, green areas, dining areas and Caribbean beaches. Some of the highlights of Aqualandia include:

Peter Pan Show – The story of Peter Pan and his fight against Capitan Hook. This stage show on the central galleon features jumps, chases, duels and great acrobatic performances in the pool. This is the most popular performance in the park.

Bungee Jumping – The highest Bungee Jumping tower in Europe (60 m) is waiting for you! Fly head first for the water in this ultimate thrill seeker activity. Walk away with the experience of a lifetime in your memory and preserved on film for you.

Laguna Baby – The children’s area has six different slides which offer the same features as the slides for adults. We don’t want the kids left out of the enjoyment. This area is perfect for the smallest guests!

Music on the Beach – Music and entertainment at this themed area of Caribe Bay – Aqualandia hosts live radio shows and famous DJs throughout the summer.

Gardaland is 229 kilometers or 2.5 hour each way day trip from Bibione Italy. Gardaland is located near Lake Garda in Italy. The complex features an amusement park, sea-life aquarium and hotel. Featuring traditional attractions and entertainment shows, it attracts nearly 3 million visitors every year and is a perfect spot for families travelling with teenagers. Gardaland is now the eighth-most-popular theme park in Europe, with a total of 32 rides and water slides Some of the highlights of Gardaland include:

The Blue Tornado – Built over 20 years ago this coaster is still as popular as ever.  The Blue Tornado is 33.32 m (109 ft 4 in) tall from the ground and travels a distance of 765 m (2,510 ft) The track takes you through a rollover, sidewinder, a double in-line twist and several high speed helixes.

Kung Fu Panda Master – a family friendly roller coaster that the kids and cautious adults can enjoy together at Gardaland.

Sealife Aquarium – If you have ever been to a Sealife you will know what to expect. You find local sealife features along with other from regions all around the world. There will be sharks, stingrays and more.

Themed Areas – Make sure you visit all the themed areas of Gardaland including Area Camelot, Fantasy Kingdom, Rio Bravo and Souk Arabo.

Where to stay in Bibione Italy

Bibione has a number of accommodation options from hotel to camping, something to suit all budgets. Much like the Algarve in Portugal the hotels are designed to accommodate visiting tourists looking for sun, sand and surf. You will find hotels with pools, rooms for singles, double and families offering all sorts of summer activities.

We found Hotel Las Vegas offered rooms for doubles all the way through to 5 member families. The beach is located just 30 meters from the hotel where you will find deck chairs and umbrellas all set up in Hotel Las Vegas private area. The hotel even offers a mini club to keep the kids busy while the adults can relax. Hotel Las Vegas is bursting at the seams with facilities and activities on offer for families in Bibione Italy.

How to get to Bibione Italy

Bibione lies not far from Croatia, Austria and Slovenia. This means there are many options on how to get to Bibione Italy

The nearest national and international to Bibione are airports in Venice, Treviso and Ronchi dei Legionari (Friuli Venezia Giulia).

By car from the west – Take the Autostrada (Motorway) A4 from Venice in the direction of Trieste.

By Car from the east – Taking Autostrada A23 from Tarvisio in the direction of Udine/Venice. Motorways A4 and A23 are connected to the main European motorway junctions.

Bibione by bus is super easy from Venice, Traviso and Udine. Leaving from the bus stations in Venice, Treviso and Udine, there is a direct service provided by the public transportation company ATVO. Schedules and connexions at ATVO. 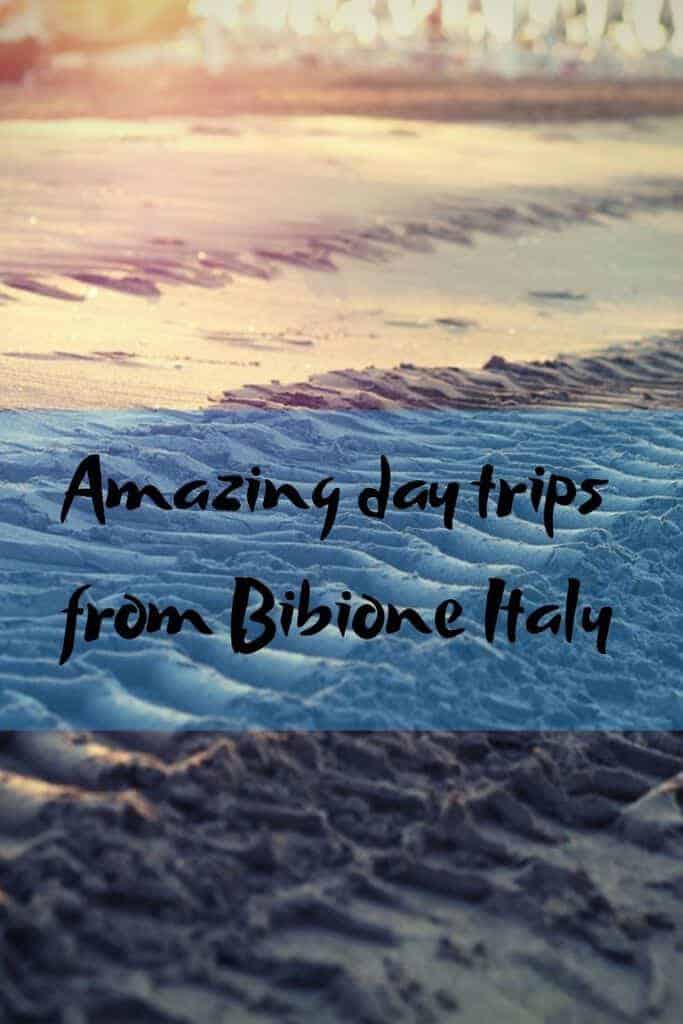