Exploring the back roads of Iceland can provide some amazing results. On the way back from Vik on the South Coast of Iceland, we just turned up a few random roads towards the coastline. One of the signs said Dyrholaey Lighthouse, It was more out of a sense of adventure and knowing what we would find.

One of these roads was Dyrholavegur not far from the world-famous Reynisfjar Beach. For those that don’t know Reynisfjara is one of the black sand Iceland beaches, you see in many Iceland pictures.

We had visited all the sights we had wanted to that day so we felt like an adventure was out there to be had…plus we still had a small amount of daylight left!

We followed Dyrholavegur for about 5 minutes as we wound through paddocks, past guest houses and then over a bridge until we saw a gravel road turning off to the right just past the bridge.

Not being in a 4WD but a Peugeot waggon caused us to pause because in front of us stood a hill of great magnitude with a gravel road winding its way to the top that looked like it had seriously been well used throughout the ages.

Dyrholaey lighthouse was an amazing find

As we sat and contemplated whether we should or shouldn’t go up there, the girls were in the back begging us to go up to see. As we watched other cars crawl down the hill I was adamant that it was a great idea as Bec sat next to me giving me that ‘This is not a great idea’ look.

I am sure driving roads like this was not in the tips for renting a car in Iceland article i had read! It got the better of me and with Bec clinging to the door handle I turned to make the climb.

The view would be amazing from the top was what I kept telling myself and I may have said it out loud a few times for that extra bit of reassurance. We slowly made our way onto this gravel track dodging potholes (we say potholes but they were more like small craters ready to swallow our car whole) and rocks that were ‘not get out of your car and move them’ kinds.

After 200 meters the words of the rental car agent started ringing in ears ‘Don’t go offroad’ and ‘your insurance does not cover damage underneath the car’.

By this stage, we had only just made it off the road by a few meters but we started the ascent to the top slowly manoeuvring around the big rocks and crevices caused by water running down the path. As I looked up the road to the top I got that ‘maybe this was not a good idea thought’

As we went up the hill at a snail’s pace more than once on this epic journey did Bec and I look at each other and say what the hell are we doing, well I may have said it and Bec gave me that ‘I told you so look’. At this point, we had no choice but to keep going as there was no were to turn around and head back.

But as we finally reached the summit we pulled up in Dyrhólaey Lighthouse car park looking west and we were afforded one of the best views I have ever seen along the coast of Iceland. This place was going to be great for taking some amazing Iceland photos

⇒ If you don’t want to rent a car, Take an amazing tour down the South Coast of Iceland. Get details here! ⇐

Breathtaking views are afforded in all directions. Gazing to the north you will see the big glacier Mýrdalsjökull, while to the east there is Reynisdrangar. Reynisdranger features the amazing black lava formations that rise out of the Atlantic ocean. It was a total WOW moment. On a good day, you can see all the way to Selfoss. Black sand and setting sunlight made this look magical. On the peninsula to the left sat Dyrholaey lighthouse.

The views from Dyrholaey Lighthouse are etched in our memories

Dyrholaey lighthouse in its current form was built in 1927.

The lighthouse stands at 45 feet high and is painted in a brilliant white with an orange trim. It resembled a small castle, not a traditional lighthouse. The light can be seen from 50 kilometres out to sea.

It is a 200-meter walk from the car park to reach the lighthouse and the view straight out into the Atlantic ocean. The lighthouse is still functional and working but has been turned into a guest house. The guest house is only available when doing a tour through Icelandic Air.

We were out of the car as quick as we could to get the remaining daylight. It was absolutely freezing as we scurried around to get as many pictures from as many angles as we could. The girls made a short appearance for a couple of pictures before hurrying back to the car and its warmth.

As Mark and I stood there together taking in all of the views we realised we still had to get down the hill on that track and the car park was emptying very quickly. With regret, we headed back to the car to start our journey back.

There is plenty of accommodation options available around the Dyrholaey area in the form of guesthouses in the countryside and hotels in the town of Vik. Please check our Hotels Combined search engine for all your accommodation needs.

The remoteness of this location makes it one of the best places to see the Northern Lights in Iceland. The lack of artificial lighting in southern Iceland makes seeing the Northern Lights far easier than in the Reykjavik area. But don’t underestimate what the North

Dyrhólaey is also a large bird colony. You can spot arctic terns and eider ducks, and in summer, a large number of puffins nest on the cliff faces around Dyrhólaey. The Atlantic puffin you will see from April through to August.

What we did not know was that if we had have continued along the road and not turned off to the lighthouse we would have seen the Dyrhólaey Arch for which the peninsula is famous for.

It has been reported that the arch is so big that ships can sail through it and planes can fly under it. I am really disappointed we did not see the Dyrholaey Arch. One of the many travel tips in Iceland we should have known!

Turning off Highway 1 in Iceland and finding Dyrhólaey Lighthouse was truly a memorable South Coast of Iceland trip and one we won’t soon forget for a few reasons. Number 1 we were in Iceland, yes Iceland! Number 2 the black sands you just don’t see that in Australia. It’s all golden sand in Oz and 3 it was a lighthouse.

Iceland Lighthouses are awesome because inherently they are up high and provide unforgettable views. Driving to Vik and Dyrholaey was amazing. It was a great road trip from Reykjavik with kids and it was one of the best activities in Iceland that we did! Next time we hope to see more and have a go at Navigating Iceland’s North!

How to get to Iceland

We have selected two more articles from our Wyld Family Travel website for you to read about Iceland. Click the images below to be taken to the article. 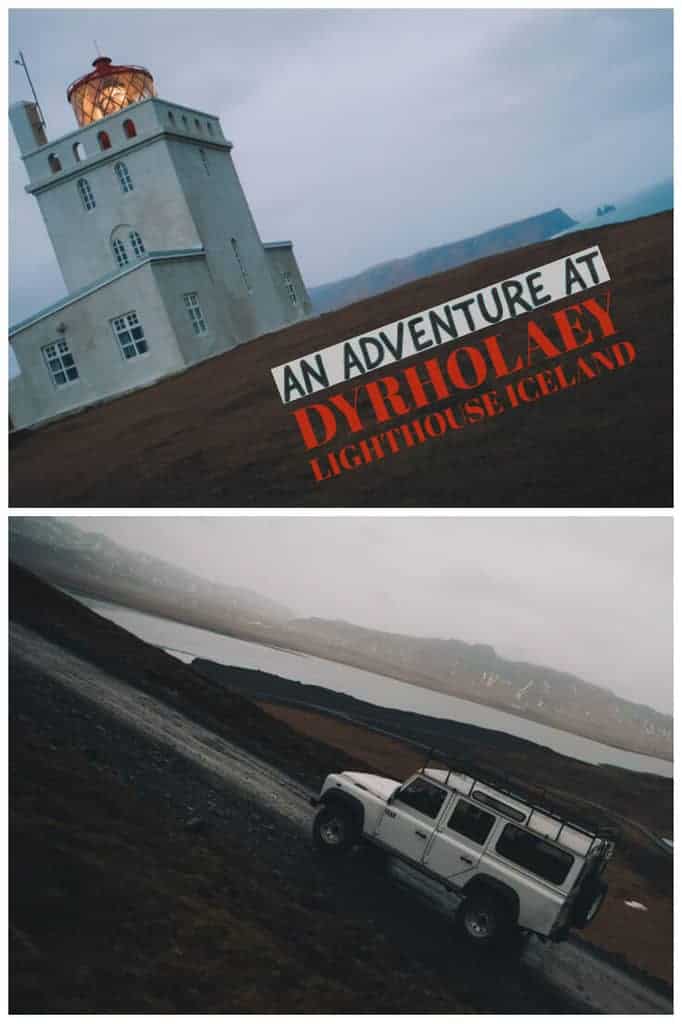