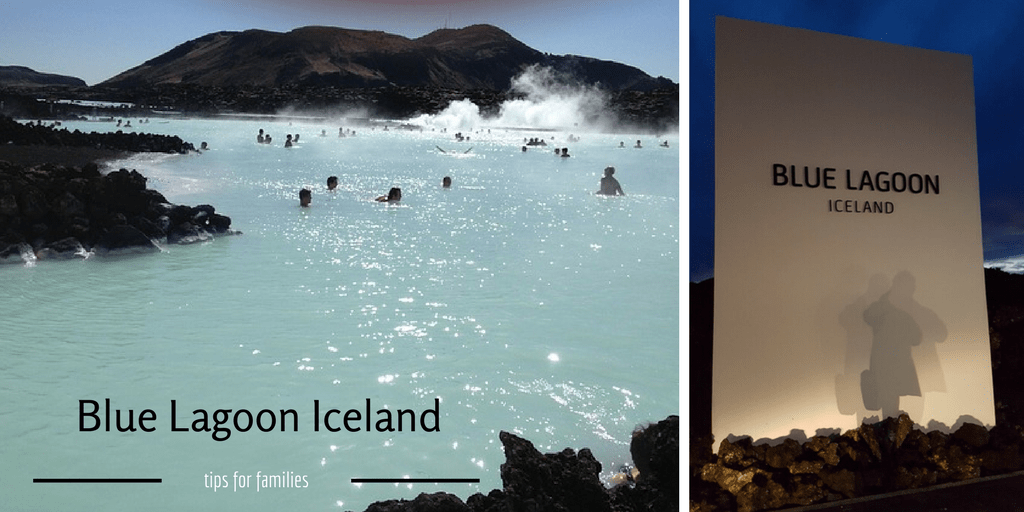 As our Iceland family vacation was organised and our visit to the Blue Lagoon was confirmed. We were visiting= the Blue lagoon with kids. It is one of the hottest places to go in Iceland and many stories have been written that it was overrated, not what they expected and overpriced.

Would we have the same experience as a family that had very high expectations of going there? Would the Blue Lagoon for families experience be a letdown for us?

Our day started well. We all jumped in our rented Renault Clio hired from Procar in Reykjavik and drove the 50 kilometres out to the Blue Lagoon in the dark. Our entry time was booked for 9.30 am and it was still pitch black during winter at this time, Luckily we had a GPS Device. It makes for some great driving stories now I can tell you!

Where do we stay in Iceland?

As we pulled up into the car park it was still as dark as midnight. We seemed to be one of the first to arrive as it was not a problem finding a car park in one of the biggest car parks I have ever seen. We made our way from the car park into the entrance.

As you walk up the path it feels like the lava rocks have been cut on either side to make way for the path.

They are both so high on either side of you that you can’t see the pools at all. Just as you reach the building there is a small glimpse of the Blue Lagoon.

This is where we all got very excited. We were only a little bit early so we did not think it would be a problem. We tried to take some pictures out the front of the girls but it was still just too dark for it.

As we made our way in we spotted the front counter and made our way over to it weaving in and our of the roped areas. This was the first sign that the Blue Lagoon could get really busy at times.

Mark was at the front desk confirming our entry when I finally made it up to him. You can rent towels, robes and slippers for your Blue Lagoon experience.

We also got a locker each so then I did not have to chase down Mark if I needed things out of the locker. Then the lady attached waterproof bracelets to us all so that if we wanted to we could purchase anything we wanted and we would just pay for it on the way out.

Is the Blue Lagoon for Kids?

These would also be scanned at whatever locker you chose to have and it would be your way in and your way of unlocking it when you were finished. Once that was all finalised we made our way to the bathrooms to get showered and into our bathers. There are a few rules that you have to abide by when you are there.

The first one is that you have to have a shower BEFORE you get into your bathers. There are signs in the bathroom to show you which parts they would like you to focus on but it is mainly the underarms and the private areas.

In the shower cubicle, there is body wash provided as well as shampoo. The cubicles are not very big but they are all close together so I was happy for the girls to shower in their own as I showered in mine.

After showering the girls and then towelling them dry as best as I could I got them into their bathers and we put all of our things in a locker up the back out of the way.

Willow is now getting to a stage where she likes to get dressed privately even though it was only us in that section of the change rooms and ended up using a family cubicle where she could lock the door. These would be great for parents visiting the Blue Lagoon with kids that are younger than ours.

Once you walked in there they were divided into sections that had around 50 different sized lockers and a large padded seat in the middle so you can sit on it. The one we were using was divided into about 5 different sections and after a while of wandering I ended up going in circles to see just how big it really was.

The Blue Lagoon is a must when visiting Reyjkavik with kids

Just as we were about to head out the doors one of the attendants stopped me and told me it was a good idea to lather our hair with conditioner. There are bottles spotted around the change rooms and I had just forgotten with all the other things to remember. I took another 5 minutes to put what I thought was a serious amount of conditioner in all of our hair.

By that stage, we were ready to go and I was worried that Mark had been waiting forever for us out the front of the change rooms. We headed down the steps and towards the doors that lead outside to the freezing cold towards the water.

This is where Marley got the shock of her life. It is a requirement that all children under the age of 9 wear floaties in the water at the Blue Lagoon and that included Marley.

Our daughter was absolutely mortified as she has been swimming since she was 10 months old and is quite a good swimmer. We got her a set of floaties and headed outside to swim at the Blue Lagoon

This may come as a surprise for parents taking kids to the Blue Lagoon Iceland especially if they can swim but as we explained to Marley it is a rule for everyone’s safety.

⇒ We have a related post article that will help you with Iceland travel planning, Iceland vacation cost ⇐

There are a number of racks where you can hang our towels that are all numbered so we put out towels on a couple of pegs and repeated the numbers about 10 times between us all. As you walk down the ramp into the warm water it is such a funny feeling.

You are freezing as you go in as the walk from the building to the water is not covered and you are exposed to the elements of the day you are visiting. Our day was a nice -1 at that time! Both the girls were in like a flash were Mark and I took our time getting into the water. It was so warm and beautiful! Although we were not alone in the Blue Lagoon there were not many people there right then.

Discover the unique geothermal spa of Iceland’s Blue Lagoon with a bus transfer the only ticket, and spend the day relaxing in the therapeutic mineral waters.

As we floated around we found a quiet spot up the back where both the girls could stand up and have a play in the water. There is no jumping from the sides or crazy splashing. It was actually quite relaxing for us and both the girls kept the craziness to a minimum. Lifeguards walk around the edge and across the bridges to make sure everyone is safe and behaving themselves.

The girls thought it was quite funny that we were in our bathers and the lifeguards were walking around in big heavy winter coats! The mist rising off the water made it all look so mysterious especially around where the bridges were. It made for some crazy and very imaginative chatting between us.

A great thing about the day we were there was that everyone offered to take pictures of us on the GoPro and then later on when Mark got out his phone so we have some great pictures of us on the day. So many different nationalities were there and everyone was loving it. We chatted to plenty of people about how we were surprised that so many people had said it was overrated and wasn’t that good.

We were all having a great time. As we made our way back to the main Blue Lagoon pool from exploring right up to the back under one of the bridges we noticed people had cream on their faces and the girls just wanted to have a go. We found the little kiosk where you got it from and had a great time putting it onto each other’s faces.

Around this time it had begun to get brighter and we were able to watch the sun partially rise…it wasn’t that hard to do at about 10.30 am but it was an experience that none of us will forget and the colours in the sky were magnificent. With the steam rising from the pools as well it was absolutely perfect.

The girls took the opportunity to play on our relaxed natures at this time and convince us that they definitely needed a drink from the swim-up bar. They both lined up and got themselves a slushie and thought that it was just the best! having their wristband scanned was just the icing on the cake for them! Seeing them have such a great time was fantastic for us. Mark and I then thought we would share a smoothie…why should the kids have all the fun!

We floated for a bit more talked to some more people, took some more pictures and then decided after nearly 2 and a half hours it was time to get out.

We grabbed our towels and headed back to the bathrooms. The girls and I didn’t have to wait for a shower, even though it was starting to get much busier and got in, got washed and got out in record speed.

I also got the girls to put more conditioner in their hair as they had their shower. We then went to our locker and got dressed. I was worried that it would be cold for the girls with wet hair for the rest of the day so I used the hair dryers that are provided to dry their hair.

We then went out and found Mark and headed to the desk to hand back our towels and finalise our bill. It was a great experience for us and we had a fantastic day. For us it was one of the best things to do in Iceland with kids.

So would we recommend the Blue Lagoon for families? ABSOLUTELY! It is one of the best things to do in Iceland with kids

Some top tips for the Blue Lagoon Iceland family vacation

How to get to Iceland

You can compare and book your stay on Agoda

For more great content please stop by our Iceland Page

We hope you enjoyed this article by Wyld Family Travel. Please find 2 more articles for your reading enjoyment below. Just click the images to be taken to the article 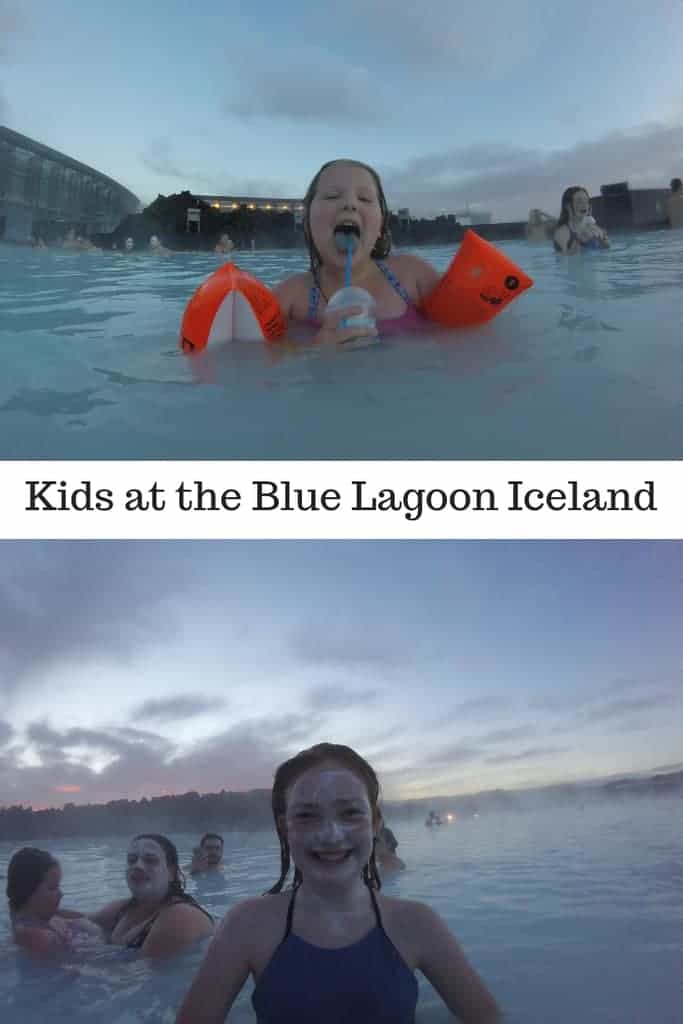