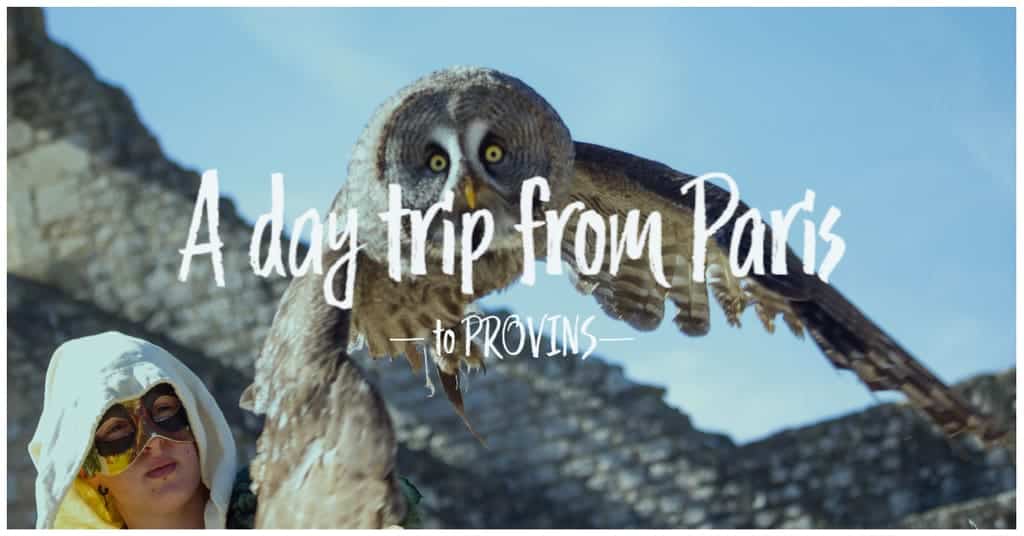 Located 90 kilometres south-east of Paris is an ancient medieval town known as Provins. Provins France in a day is an opportunity to visit one of the most beautiful villages in France. Provins medieval is full of attractions, museums, and shops which are perfect for any traveler. The town was designated a UNESCO World Heritage Site because it has notable medieval monuments and makes an amazing day trip from Paris. Provins was the site of one of the largest battles during the Hundred Years War.

A little history of Provins Medieval

History tells us the town once lied in the lands of the Counts of Champagne. Charlemagne himself sent an Abbot from Paris to Provins in the year 802 as a sign of the growing importance of this outpost.

Provins was and still is a fortified medieval town. It was a well-defended market town at the crossroads of nine main roads and eleven secondary roads. This made Provins France an ideal place to hold medieval fairs with traders from all over Europe converging on the city 3 times a year. Provins Medieval town was a great source of income for the counts of Champagne who in their business smarts reduced taxes to attract traders.

Provins today is as it was like 1000 years ago thanks to its defensive walls. In 2001, UNESCO recognised the authenticity of Provins and granted it UNESCO World Heritage status. Provins today is a popular day trip from Paris and home to an annual week-long medieval festival held during the summer months

What is there to see in Provins France?

Provins Medieval also has many permanent sites to visit. The most popular things to see in Provins is the 1,200 meters of ramparts and fortified gates, built between the 11th and 14th centuries.

The Caesars Tower is an outstanding example of medieval architecture. The tower has been used over the years as everything from a prison to a residence. Ceasers Tower sits looking over the town and the surrounding countryside.

The Tithe Barn has been used since the 12th century. It was often rented out as a place to store goods during the annual medieval trading fairs in the town. Today, it houses a permanent exhibition showcasing scenes and characters from the 13th century. You will see and learn about crafts and merchant activities of the time.

Saint-Quiriace Collegiate Church is visible as you approach Provins with its domed roof standing out in the distance. Building started in earnest in the 12th century before grinding to halt in the proceeding 500 years. The magnificent dome we see today was only added in the 17th century.

The rose garden of Provins Medieval is made famous by the Damascus rose. Thibaud, the Count of Champagne returned to Provins from Crusading in the Holy Land with the famous Damascus rose. This rose is the predecessor to many roses we know today. The Damascus Rose was later cross-bred which gave rise to many different varieties of French and European roses.

Learn More: Are you visiting Provins from Paris? Get a Paris 2 day pass to see all the best sites

What is there to do at Provins Medieval France?

The number 1 attraction in Provins is the medieval shows that are put on daily during the summer months for eager visitors wishing to explore life in a medieval setting.

Sit back and relax enjoy a guided tour including commentary on the 30-minute Tourist Train. The Provins tourist train runs daily May through August, weekends and public holidays outside the summer season. Adults, €6.50 (€5.90 with Pass Card); children €4.50 (€4.10).

Fete medieval Provins features craftsmen, jesters, merchants, and games which entertained and informed the visitors during the two days of the festival. It is a great day out or weekend away to experience life from the 12th century. The event is family-friendly with activities and demonstrations for all ages.

Children and adults alike were invited and encouraged to be engaged in the daily tasks of medieval life. There was an emphasis on games for kids in the medieval age. Rope pulling and climbing contests, skittles, hoop throwing, treasure fishing, dancing, calligraphy and even games of chess, Actors and performers dressed as Jesters to entertain the wandering crowds. Puppets and humoristic shows were performed. Musicians belted out Medieval Rock songs. Acrobats and performers flood the city’s streets

The festival changes the themes every year. This is a great way to see what life was like back in medieval times. So many people attend the festival in a medieval dress with food, drinks and traditional crafts also there for you to discover.

The real highlight of this festival is the willingness of the attendee’s to get in the spirit and dress up. It’s estimated that 40% of the crowd get into costume and really get into the spirit of the event.

How to get to Provins from Paris

There are so many ways to get to Provins from Paris. It will depend on how much time your would like to spend in the Medieval town and what your confidence is like driving through France. Here we got through some of the options that you have.

Paris to Provins by train

During the week up to 20 trains, a day run the Paris Provins route with the earliest train starting between 7 & 8 am. The last train for the day leaves around 10,45pm arriving in Provins a little after 12 pm. On weekends a train leaves every hour from 7 am to 10 pm. It takes 1 hour and 24 minutes to get to Provins France by train. A Paris to Provins train ticket will cost you between 13 and 16 Euros one way. Search train tickets to Provins today with Omio

Where do I depart Paris for Provins by train?

Paris departure station Gare de l’Est station is one of the six major terminus stations of the SNCF network in Paris. Paris Gare de l’Est railway station is located about 1 km away from another important railway station, Paris Gare du Nord. You can get to Gare de I’EST for your trip to Provins by Metro lines 4, 5, 7 and bus lines 38, 46 and 65. Of course taxis and uber are available from all parts of the city. You can book your train to Provins here.

Where do I arrive in Provins from Paris by train?

You arrive at the station, Gare de Provins. It is a good 30-minute walk through the picturesque streets of Provins. A large portion of the walk is uphill and can be quite strenuous. A taxi may be a good idea if you are not fit or have some sort of mobility issues.

Paris to Provins by car

Driving to Provins France will take a little over 1 hour. The driving distance from Paris to Provins is 88.9 Kilometers. You need to get on the N4 National Road for the first 67 kilometres before turning onto D231 to Rue Sainte-Croix in Provins. You can pick up a rental car in Paris or at any airport in Europe on arrival. Book your rental car today

If you decide to make a weekend of it and stay overnight Trip Advisor has the best accommodation in Provins medieval for you covered. Explore hotels in Provins with trip Advisor

We hope this article from us here at Wyld Family Travel helps you with planning a trip to Provins. A day trip from Paris will de be rewarding as it lets you explore some of the French countrysides. The best way to enjoy this medieval gem is to walk the circumference of its ramparts, which offers views over the city and countryside. Another way to spend time in Provins is exploring the old town, with its narrow cobbled streets and a small square.

For more amazing ideas on where to holiday in France click through to our France Destination Guide page for more brilliant inspiration.

More travel inspiration for your trip to France