listen), /ˈsɪŋɡə-/), officially the Republic of Singapore, is a sovereign city-state and island country in Southeast Asia. It lies one degree (137 kilometres or 85 miles) north of the equator, at the southern tip of the Malay Peninsula, with Indonesia‘s Riau Islands to the south and Peninsular Malaysia to the north. Singapore’s territory consists of one main island along with 62 other islets. Since independence, extensive land reclamation has increased its total size by 23% (130 square kilometres or 50 square miles). 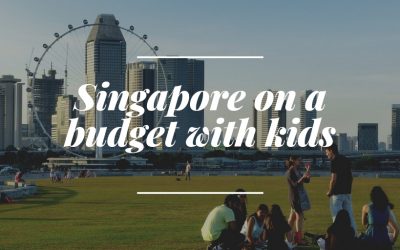 What to do in Singapore with kids on a budget

What to do in Singapore with kids when you are on a tight budget? This was a question we asked ourselves over and over again when we were planning our trip to Singapore. Singapore is known as one of the most expensive cities, especially with the Aussie dollar being... 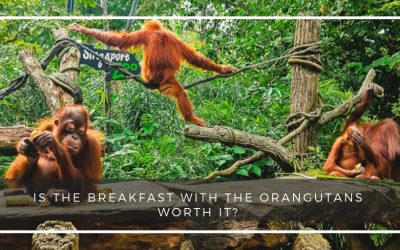 Breakfast with the Orangutans. The reality

One thing the girls had seen on some blog posts was people having breakfast with the orangutans at Singapore Zoo. This was something that they both decided to do and what do you get kids who are travelling for the next few months? Some money to do an experience like... 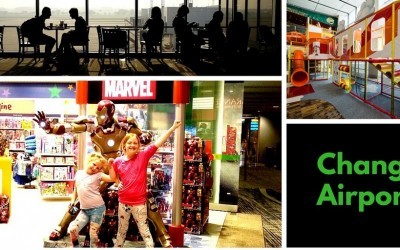 5 reasons Changi Airport is the best in the world

With all the trips we have done Changi Airport in Singapore has been the one thing that we are able to rely on. We have always had a stopover at this wonderful Airport. Changi is one of the most interesting places in Singapore. When we went on our first trip we did...