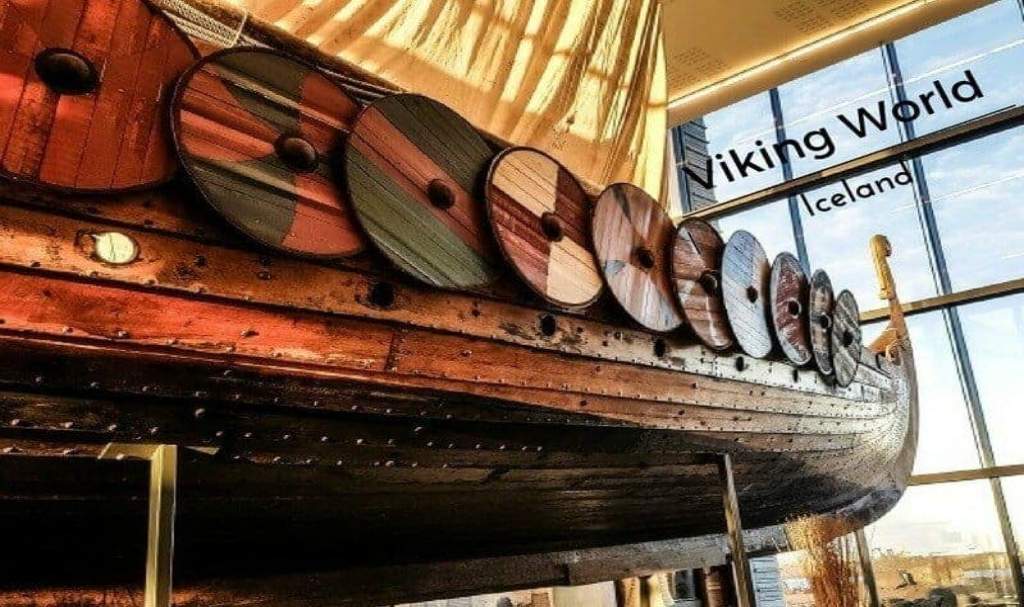 Iceland’s history has long been intertwined with the Vikings, they go hand in hand and there is no better place to learn about this than a visit to the best Viking museum Iceland has to offer, Viking World. The viking arrived on the island by accident and settled the country, the rest is Icelandic history.

At the start of the 8th century, Gardar the Swede gets blown off course and ends up on the beach of what is today Iceland. As the word got out and Viking ship after ship arrived with new settlers. This  Viking Settlement became the precursor to the Icelandic commonwealth. Yes, a complete accident was responsible for the first Icelandic settler.

Going to visit an Icelandic Vikings museum is a fantastic way to discover more about Viking heritage and what actually went on in the Viking World. There are also so many Viking style television shows now that have really opened many people’s eyes to the Viking age, an era that may not have been as well known a few years ago

The first thing that strikes you about the Viking museum is its location, is its clear lines, glass panels and glistening blue water that laps up the background.

Let the saga begin at the Viking World Museum Iceland

We were greeted at the Viking Musem Iceland front desk by Paula. Paula told us all about the history of the Viking World museum and what was on display. I must admit I was terribly distracted by the huge Viking ship that spans the length of the exhibition hall within the Viking museum. The Íslendingur that sits front and centre is a replica of a Viking ship that was found intact and excavated in Norway in 1888. The Íslendingur, that now calls Viking world home, was built in 1992.

Don’t just think it’s a model, this boat was sailed from Iceland to New York in 2000 to celebrate Leif Erikson’s discovery of The United States of America. The ship is truly amazing and can be accessed from the second floor of the museum. You can walk on it and take in its size and design. Stand at the bow and pretend you are on a voyage of discovery seeking out far away lands just like the vikings of Iceland did in the past. You can walk on the ship, around the ships upper deck and under the Viking ship. With all of this acces you can really get a feeling for how an approaching Viking ship would have put the fear into anyone.

Within Viking World you will find a Vikings of the North Atlantic exhibition with displays of many replica Viking artifacts. This exhibition showcases the Viking expansion across the North Atlantic Ocean. The Norsemen Vikings sailed everywhere from the North Sea to the Black Sea. For two centuries beginning in about 800 AD, the Viking expansion was on. This exhibition supported by models, information boards and computer displays help you to see how they expanded.

There is a small cinema area where you can watch movies on a big screen about Iceland’s history and the Viking World as we know it. When we were at Viking Museum Keflavik they were showing a documentary on the crossing to New York. Other Viking documentaries dealing with the Norsemen Vikings of Iceland and their long history were entertaining and informative. A little kids corner was near the cinema if you have smaller kids this may keep them occupied while you learn about the Vikings.

The Settlement of Iceland display talks about the Vikings landing in this nation. You will see displays of Viking artifacts and archaeological findings from the Reykjanes region. The Reykjanes Peninsula was first inhabited by the Norseman Vikings from the ninth century and ruins of the Viking Village Iceland were found in the area. Maybe even some great Icelandic sagas were inspired by this settlement.

Photographs and illustrations round off the display of longhouses that were home to the first Viking settlers. Viking World Museum puts on a great display that tells the story of the settlements in the area. This section houses a model of a burial boat with displays of real Viking bones. We found this very educational for the kids and the girls loved the way it was set out.

Upstairs in the Viking museum, there is a Norse mythology and myths display. Our eldest daughter Willow really enjoyed learning about this. An audio guide in 4 languages is available and a light show makes this an attractive educational display for the whole family. It’s really a sensory exhibition with lights sounds and shapes of the Norse Gods.

The fate of the Gods display introduces the religion of Norsemen some one thousand years ago. You will hear about Asgard where the gods lived to hear about Óðinn the leader of the Norse gods. Come and learn about the society of pre-Christian Scandinavians.

Make sure you visit the best Viking Museum in Iceland

One of our favorite but simple things about this Viking Museum Iceland was that you were able to learn about the world of Vikings. The kids and I channeled our inner Viking (I channelled my inner Ragnor) with the play swords and shields. We had great fun posing and mock fighting with these fake Viking Artefacts. The swords, shields, and costumes are there for all to dress in. An even further sense of the world of Viking is located outside the Viking museum Keflavik.

Outside lies a mock Viking Village and farm. In the months where the Iceland weather is good, you will find animals for the kids to play with and watch. The Viking World settlement zoo contains lambs, calves, kids and birds. This Viking village in Iceland rounds off a memorable day at the Viking World Museum. There are plans afoot for a playground, the Vikings playground. This is certainly a great Iceland for kids attractions.

In conclusion, we found the Viking World Museum a great tourist attraction in Iceland. We have now added the Viking Ship Museum in Oslo Norway to our list of Viking sites to see.  We spent around 2 hours at this awesome Viking museum. Activities in Iceland like this are very educational for kids and adults alike as it shows you history from where it actually happened.

Don’t just visit the Blue Lagoon or see the Northern Lights visiting a Viking museum in Iceland is a must for the whole family We can see the Viking world museum growing into one of the top tourist attractions in Iceland in the coming years.

Getting to the Viking World Museum Keflavik from Reykjavik:

Car: 34 minutes and 43 kilometres via route 41 to Víkingabraut will get you to the Vikings world museum. We recommend that you hire a car while in Iceland it makes it much easier to do activities in Iceland. Our family visited Reykjavik in January so driving in Iceland in winter requires a little extra time as the roads may be icy. Don’t let driving in Iceland in winter scare you. As a person who had never driven in icy conditions before we found the roads to be excellent.

Bus: Bus is not an ideal way to visit the Viking museum Iceland. However, a bus departs Hlíðar (a stop in Reykjavik) every 4 hours and stops at Tjarnarhverfi 1.5km away from the Viking Museum.

Taxi: Totally out of anyone’s price range at around $200 each way.

Know before you go! Our top Reykjavik travel tips

Traveling to Iceland with kids requires a lot of planning. Not only is Iceland one of the most expensive countries to visit it is absolutely amazing. Once you are travelling in Iceland you feel like you have to do it all while you are there. Below are the best things to have prepared before you leave for your vacation to Reykjavik.

You’ll never be short of options for your accommodation in Reykjavik. In Reykjavik, you find a range of hotels, apartments and hostels. You will be sure to be able to find something to fit singles, couples, families and groups on every budget. If you’re not keen on any of our picks below or have specific needs, we recommend using Trip Advisor and Hotellook to find the best prices in Reykjavik.

Reykjavik apartment alternative for your stay

How to get to Reykjavik

How to get around Reykjavik

Do you need a sim card for your Iceland family holiday with children?

Relying on Wi-fi when you are travelling in Iceland can be hard. Making calls and staying in contact with who you need is a top priority when you are on vacation in Iceland. Plan your trip to Reykjavik out and order your sim before you leave home to stop any stress about travelling, data, and calls on your vacation to Reykjavik.

We hope this article from us here at Wyld Family Travel has you inspired to visit Iceland. There are so many things to do in Iceland that are free but you do need to watch your money if you are on a budget holiday in Iceland. We all absolutely love our visit to the Blue Lagoon and we definitely think the Blue Laggonfor families is a wonderful way to spend the day.

For more amazing ideas on where to holiday in Iceland click through to our Iceland Destination Guide page for more brilliant inspiration.

Father, husband, traveller and chief destination manager here at Wyld Family Travel. When Mark is not talking about travel or planning travel you will find him working in disability support. Mark is a family travel advocate having travelled to over 45 countries with his kids from 10 months old, through to their teenage years. You will find his work here and on other popular websites. 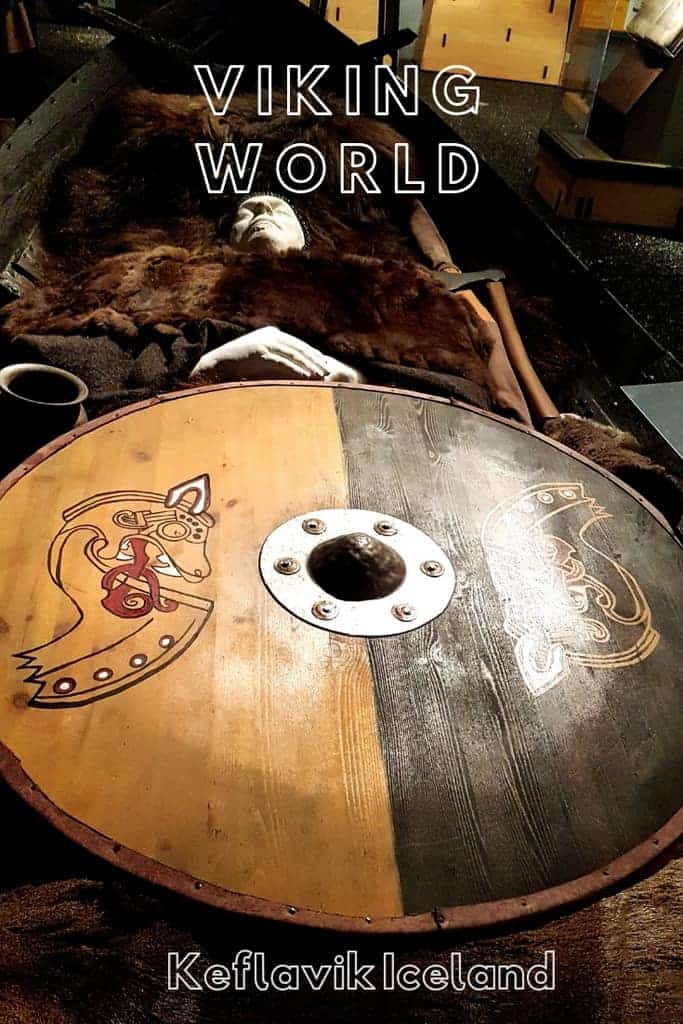 13 thoughts on “A visit to Viking World Museum Iceland”