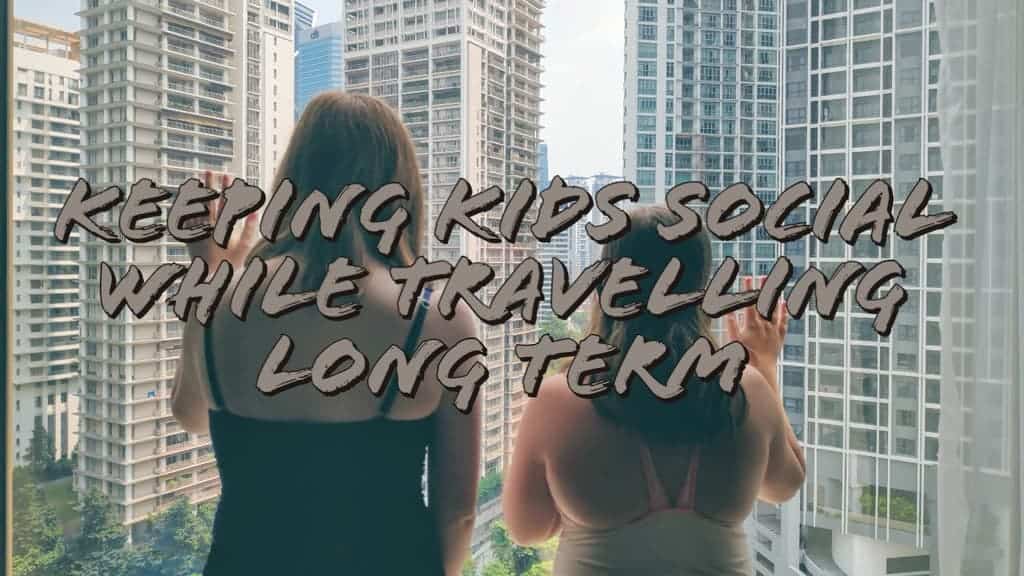 It was a discussion that came up many times in the lead up to our 12-month adventure with our 2 daughters who were 13 and 10 when we left Australia to travel through Europe and Asia.

It led to many online searches, many more conversations and most of all talks with our kids on how they wanted to maintain relationships at home.

It also led me to talking with some parents about what they were comfortable for their children to do online so they could stay in touch as well. It was a hard conversation to have with some people as the levels of screen time they are used to differs a lot or the amount of time they allow on a daily basis.

We have been very fortunate in that out travelling teenagers friends have been awesome with keeping in contact with our girls. Here are some ways we have encouraged them to keep in touch with home and to make friends on the road.

Emailing their class back at home

This was more important of our younger daughter than our eldest one. Having a class assigned to her even though she would not be there for the year and one to keep in contact with has helped her a lot.

We spoke with both our daughters schools about keeping teens social while travelling at the end of the year as we were leaving before the start of school the next year so she was included in a class for the following year. She did the transition classes at the end of the year (In Australia we have a long holiday over Christmas time and start back in late January) with the new group.

I think it will also help when she has to return to school as her classmates will remember her and her transition may not be as hard.

We encouraged her to write and email to her class about what she was doing and where we were going. She would then receive a reply from her class and they would track her trip on a map in the class room. It also kept her up to date with the happenings around the school.

Hanging out by the pool

I was once told that if you look like you are having fun people will want to join in and that is what we encouraged the girls to do at the pool in the places we have stayed. We have found that many kids even if they don’t speak the same language will come over and want to join in with what they are doing.

All the kids then have a great time and new friends are made. We found this when we met a family in Langkawi and then we saw them again in Krabi and again in Vang Vieng. The kids had a great time and are now chatting on social media frequently. It is definitely a brilliant way for keeping teens social while travelling.

If there is no pool most places will have some sort of area for games or the like. We would always seek them out and found that in hostels were a brilliant place for them to interact with other people. They weren’t always kids their ages but having discussions with people from all over the world was also a great learning experience.

This was a tricky one as there are so may games out there that have people in them that are not young kids. It was decided that a Facebook message between myself and the other parent would be sent and the kids could have a chat over the game and co-ordinate what they were going to do within the game.

At any stage if there was something wrong we would be there to watch over the conversation and moderate any other happening that were not between the kids. It’s also a good idea to use a secure VPN when connecting to the internet since kids are a regular target of hackers trying to get them to click on malicious links​.

*This is also a great opening conversation about what is appropriate on the net and what is not between you and your teens. We found out from our kids many things that go on and they found out some stuff from us too. It also helped them identify what was appropriate and what was not.

We found a great way for keeping teens social while travelling and helping them to stay in touch was Facebook messenger. It was fantastic that the kids could call or video chat anyone they were missing at home. This included out family members and our friends.

We could request a friend if we did not have their friends parents on there and they could chat that way.

Having a face to face conversation was fantastic and to hear them laugh about what was going on at home was brilliant.

This also put a lot of other parents at ease with what time their children would be spending on the internet. It is easily monitored by both parties.

* The only problem with this was time zones. It took our youngest a little while to work out when was a good time to call and when wasn’t.

Finding other travel families and meeting up

There are so many traveling families around the world now that you are sure to find one in the city that you are visiting.

Many world school and home school groups also have meet ups where they get together so the kids can have some time and meet new kids. If you are able to join some of the groups and follow some pages of families that you know are travelling. It can never hurt to ask if they are free and you might make some life long friends at the same time. Connecting with these families is on of the best ways to keep teens social while travelling long term.

Going to the park

It is the same as the pool. If you have time find the local park and get down there to have some fun. There are always a heap of kids running around and there is sure to be one kid that will want a chat.

Find places that offer kids activities in the cities you visit

One thing that we never considered was finding a museum or historic site that had a developed kids activity offered while you visited.

We found this a few times with places we went and when the girls were asked to join in they jumped at the chance. Most of the time there was another family or group of kids that were doing the same activity and they would eventually end up helping each other out.

Find the kids area at the Airport

Almost every bored teen has a just as bored sibling and they are normally located at the activity center at the airport. Even if they need a run around for the tween or younger teens of the group it can provide even a small amount of time with someone their age.

In many cities you will find a dedicated museum or kids learning centre (like the Deutsche’s Museum in Munich, the Kidzania Franchise or the Pompidou in Paris) where parents take their kids for a hands on experience.

These places are also great to take the kids to as they are designed to keep them happy and learning at the same time.

Are you worried about screen time?

Many parents are worried about the amount of time their kids spend on devices. This is something I was worried about too before we started this trip.

I must admit I have been a bit lax in the fact that they probably spend too much time on them now but they have made some great contacts and kept some as well.

The time difference had been a problem in some countries so they have not had the opportunities to chat as much with friends as they would have liked so it has resulted in a few extra calls to get all the chatting over and done with.

I wasn’t too keen on this at the start but I did have to realise that at some points I got lonely so my kids were probably too.

Having a family gap year has been one of the best things we have ever done but at the same time we have believed that a some stage we would have to go home to resume normal life and the girls would have to go back to school. We did all of these to make sure their transition from travelling full time to home life routine would be as smooth as possible. 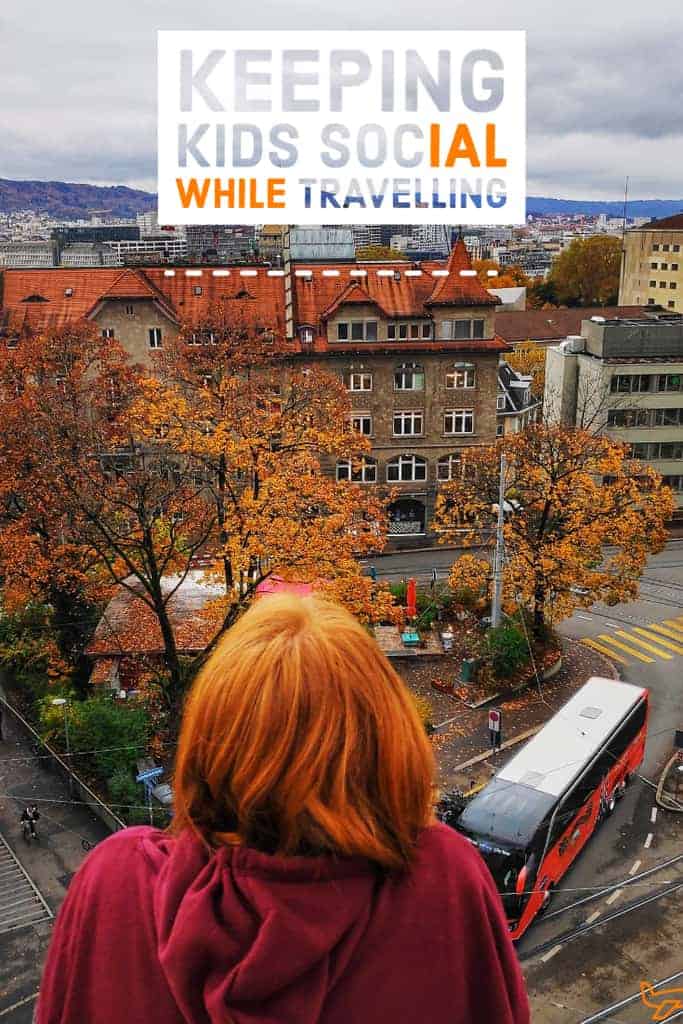