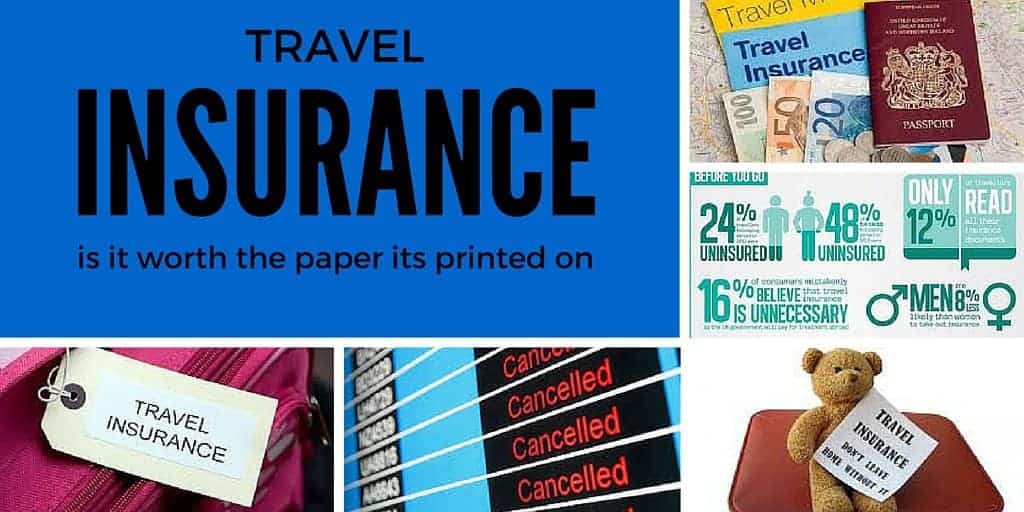 Travel insurance claims can be a nightmare

Travel insurance claims can be a nightmare. Everyone knows that travel insurance is a must while away, but what happens when you follow all the rules and they still say no?

This happened to us on our last trip. On all of our trips we have had pretty extensive travel insurance because well you never really know what is going to happen. I am a cover all bases person and now with both the girls I think it is even more important to have that cover. So, again I made Mark shop around for something that would suit us and our families needs. Mark shopped around and ended up choosing 1cover.

I was pretty happy with all the answers that Mark gave me and as he always says they will never cover everything.

Travelling for the  period of time, we were I was really worried that Marley would come down with a cold or sickness somewhere we were staying and we would have to take her to a doctor. I didn’t think at any stage it would be to cover theft.

Our ‘experience’ all started on our trip to Pompeii. The day was extremely long as Marley had it in her head to be as difficult as she possibly could be. It didn’t seem to matter what we did she just wanted to fight and be difficult. As prepared as I thought I was for Pompeii I was nowhere near equipped with enough things to make the hot, sticky day comfortable for her. By the end of the day, I was glad to be leaving and getting on the train back to the air conditioned apartment we were staying in.

We found our seats easily on the train, we were in a set of four seats together with a small table between us. As Mark finished his cigarette I got the girls sitting down in their seats and as I saw Mark coming towards me up the aisle I went to inspect the toilets (on previous trips they had not been kind to us!) I came back Mark put his bag down on the seat in front of him and stood in front of it as I removed my backpack to get the girls a snack. We were both standing in the aisle when an older gentleman started yelling from up the other end of the train. We both looked around to see what the commotion was about and realised that we could not understand him so someone who did would help him. Mark sat down in his seat and just as I was about to sit he looked at me and said those dreaded words….‘where’s my bag?’

I was stunned…where was his bag? He would have sat on it, my heart and mind were racing and our train was leaving in 7 minutes. Every scenario was running through our heads so Mark ran back to a cafe we had just been in, but we both knew he had the bag on his shoulder when he got on the train…he had to get the tickets out of it.  I got him to stay with the girls (who mind you are completely oblivious to anything) while I went to the conductor standing on the platform. He was fantastic. He was so panicked that I would miss the train he insisted that I get back on and he would find me as soon as we left. And that he did. He sat with us, took all our details and alerted the company as to what had happened on their train. He was talking in Italian to a lady sitting across from us and they were both apologising continuously to us. He contacted the Naples police for us who told us we would have to go to the nearest police station in Rome as soon as we got back. As it was going to be late, they said it would be fine to go first thing in the morning. That train ride was a blur. The girls ended up coming out of their iPad induced comas and wondered why I was upset and dad was so quiet, so we told them what had happened.

I was replaying it in my head…how did we miss it, how did they get it, why did no one see it, how the heck did they get that bag right from under our noses? But there really was no point it was gone.

Mark was reassuring me that it didn’t matter that we had insurance and that it was only photos we would miss. The bag had Mark’s camera in it, his phone, his jacket, Marley’s glasses and a small amount of money. We were lucky as I had taken my camera that day and took all the photos on it rather than Mark’s.

Mark went to the police station the next morning and made his statement and then came home to call the insurance company. We had done everything they needed, but we would handle it when we got home.

We enjoyed the rest of our trip, replaced Mark’s jacket as he needed one in Wales and got Marley to wear the spare set of glasses I had bought along with us. Once at home we called the insurance company to lodge our claim.

It seemed straight forward, we had to provide receipts for everything and our police report. No worries, we supplied all that they needed and required. After a couple of days we were sent an email to ‘provide more information’ It asked questions like how far away where you from the bag? Was there anyone else who could have watched the bag? Where were you in relation to the bag? Was the bag left with someone named on your policy? They seemed to be going around and around in a circle.

2 weeks passed with no word from the insurance agency so we decided to contact them. That’s when they told us they had denied our claim as we had not left the bag with people named on the policy and that all people named on the policy were all more than 2 meters away from the bag. Again I was stunned. The questions they had gone off were so vague the answers could have implied we were on the roof of the train flying to mars. We had answered them as best we could and as honestly as we could. Also, as we had a family policy all four of us were named on the policy. We had our bag stolen, blatantly stolen and I honestly thought it was safe and within a tiny distance from Mark’s body. The woman then tried to get off the phone to us and when I asked questions regarding their policy Mark said to her ‘so what you are saying is that is basically had to be ripped from your body to cover all of your criteria?’ She gave a very unenthusiastic ‘yeah’ and still trying to get me off the phone when I said ‘how do we dispute this?‘  That pulled her up in her tracks and she started to tell us about the dispute resolution process so we decided to lodge it then and there.

Again after awhile we had not heard anything from the company so I rang to check the progress of our claim to be told that it had not been lodged at all. Furious I made my frustrations known and asked for it to be lodged then. The woman I spoke to was great and reassured me that she had lodged it and we would hear something in regards to the claim in around 15 working days. Travel insurance claims can be a nightmare.

After 3 weeks of waiting Mark and I decided I would again contact the company to see what was going on. We were chatting about it on Saturday night when an email came through to say that it had been denied again. This time no additional information was asked for and no contact had been made by the company to us, it was all being done by us. I called again and I asked for it to be reviewed again, for all correspondence to come by phone call to me, no more emails and I would want to provide additional information to the person reviewing our case as apparently we would not supply additional information when requested (by this stage, not one phone call was made to us by our company).

Then again we waited, waited and waited. After another 16 working days, I called them to be told it had been denied again. This time, I really think I lost it. I felt screwed over and mentally over the whole drama. I nearly said don’t worry about it. Then I realised that they had done nothing to help me, I paid my fees, I jumped through hoops for them and I played by their rules. There was no way they were going to get away with this. So I asked for it to be reviewed by the internal review division. I waited again to be told it had never been lodged…again. (Deep breaths Bec deep breaths). Yes travel insurance claims can be a nightmare.

This time, we got a woman who actually knew what she was doing, she lodged it immediately for me and she also got them to see to it straight away. In 2 days, we had our first contact from the company by email regarding new information. I rang our reviewer immediately and spoke to him for about an hour. He asked so many questions and while we were talking I sent emails of pictures so he could get a picture in his mind. He was very thorough and then thanked me for calling saying he would need 5 more working days.

After 3 we received an email from him requesting all out receipts as apparently we had not provided any. I hunted around for all the info he needed and after 3 and a half months we finally got a good outcome. He decided with the additional information we provided we were entitled to compensation and that our bag was stolen even though we did our best to protect it.

We were stoked. It helped us replace the camera and phone we lost, not all of it as they do depreciate the value but in the end we got something back. We did everything we could to keep our valuables safe and we are thankful that in the end our company did the right thing and honoured our policy. All of this makes me wonder how many people pay their premiums and then have this done to them? I put my faith in this company to honour what they said they would do and I was very upset when every excuse was made. Travel insurance claims can be a nightmare indeed.

If I have had stopped after the first no I would have been disappointed with the outcome, so I am thankful I kept pursuing it but how many people out there just give up after the first knock back because they think there is no other option?

2 thoughts on “Travel insurance claims can be a nightmare”