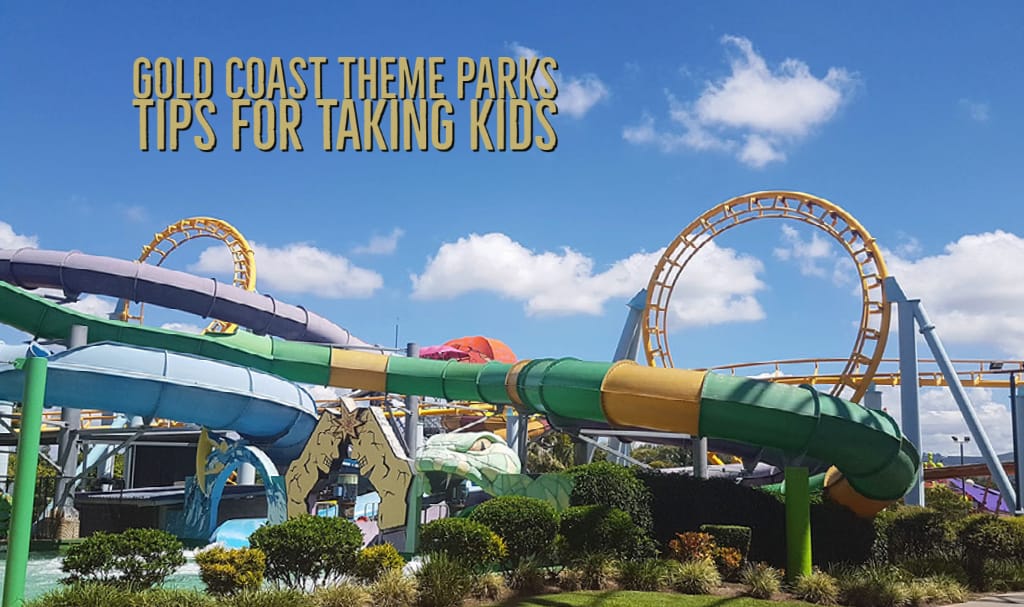 Use your time wisely at the Gold Coast theme parks with our top tips!

My brother had recently been to some of the Queensland theme parks but his daughter is much younger than mine are so while he gave me some good starters there were still so many things I wanted to know. So here I have put together the things I think everyone should know before they go to save some money, time and to have the best experience during their Gold Coast holiday!

There are so many ways that you can save money on your theme park entry tickets to any of the Gold Coast Theme Parks. Some are:

Whatever you decide on make sure it is the best deal for you. We got a 7 day super pass so then we could have extra days of rest as I thought 3 or 4 Gold Coast theme parks in a row would be too much for us (and I was totally right, we needed that time to recover!)

Because we got the 7-day pass we had cards that were printed out for us (like a credit card) These were our entries to all the Gold Coast theme parks so you must not lose them. Keep them in a place that is safe as you can’t get them done again. They have your picture on them with your name as well so you are unable to transfer them to other people either.

I honestly found that Movie World was not really the best theme park for us. You had either older kids rides (15+) or the younger kids areas like the Nickelodeon section. Mark and I are larger people and fitting into the harness made for a pretty uncomfortable ride once you started getting thrown about.

Marley wanted desperately to go on some of the huge rides and it was so hard to see her disappointed little face. I am just not into rides and I was uncomfortable with her going on them by herself so there was not much for us to do there.

*The Wild West section of Movie World was closed on the day we went and three rides were also closed for maintenance.

The Good at Movie World

We spent just over 3 hours at Movie World and I think that was long enough for us. We had done everything we wanted to do and the girls were happy with what they had seen at Movie World. In the end, we would probably not come back here until the girls were older 15+ for Marley or unless we had friends with us who could take we on the rides that we are not able to.

The weather was pretty warm when we were on the Gold Coast so this was a great way for us to cool down and we absolutely loved it there. Wet ‘n’ Wild was one of our Gold Coast highlights. We were the first people in the park and we left around 15 minutes before the close of the theme park. It was by far the best Village Roadshow theme park for us and it would be on the top of our list to return to when we ever do go back to do more things on the Gold Coast.

We spent all day at Wet ‘n’ Wild and it seemed to go in a flash. The people on the gate said that it wasn’t that busy for the day and from what we have heard we were very lucky. We hardly waited for rides but to be honest if a wait was long we went on another and waited for the line to go down. There was just so much to do. We highly recommend a visit here and we think it would be one of your Gold Coast highlights too.

WHERE DID WE STAY ON THE GOLD COAST? 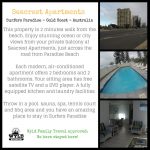 We stayed at the Seacrest Apartments in Surfers Paradise. These fully self-contained apartments had 2 bedrooms, cooking and laundry facilities. Balconies overlooking the beach. A pool, spa, sauna, tennis court and bbq area onsite for you to use. The Seacrest is central to many things to do in the Gold Coast. We enjoyed our stay and would certainly stay at the Seacrest again.

For more information and prices at the Seacrest see here!

*One thing I do regret…I am a larger woman and I was very self-conscious about wearing my bathers here. It was Mark that said to me that there were so many different shaped women in the park and they were all having a fabulous time. It did take me a little while but I so wish I had have done it sooner and relaxed about it. My advice is to not worry and have a great time with your family because no one was worried about my bathers!

I must admit I was worried about going to Sea World. There can be a lot of negativity towards the brand over the world. We did watch some of the shows but to be honest, it was not a theme park we spent a lot of time at. There was not as much there as I had expected but the girls did like watching the dolphins swim around. They also liked the educational show at the end that explained what Sea World on the Gold Coast does for the welfare of the animals both in the wild and in the theme park. It was also a great opportunity for them to ask questions at the end to some of the keepers which both the girls took advantage of.

We spent about 2.5 hours here and it was just to see the shows. There was only 1 ride we could go on and that was great for the girls. (They went on it about 6 times) We managed to get to all the shows but we did miss getting the start of most of them as they were too spaced out over the theme park and they were far apart. Even though my girls are older they found racing around to the next show annoying. I can honestly say this was not one of our Gold Coast highlights.

I was hesitant to visit Dream World as I was not sure there would be enough for us to do there. From what I had heard it was either huge, jaw-dropping rides or rides for smaller kids so I did not expect to spend much time here. In the end, it was one of the best theme parks we could have visited for our family. There were so many rides and one we could all easily go on. Also having entry to both Dream World and White Water World was fantastic.

We spent from open to close at Dream World and White Water World. We spent about 2.5 hours in Dream World before heading over to cool off at White Water World. This probably helped us spend more time at that Gold Coast theme park as we then went back to do any other rides we missed out on beforehand. I thought it would have been a great park for value if you are visiting the Gold Coast with a family.

* At Whitewater world, we were weighed before we went on some of the rides and we were warned about this by a friend before we went. As I said above we understand completely that this is a safety measure and we had no problem with it BUT it is right before you get on the ride. If you and your child or just yourself weigh too much you then need to make your way back down the steps.

HOW TO GET TO THE GOLD COAST

GETTING AROUND THE GOLD COAST

WHERE TO STAY ON THE GOLD COAST

If you are heading to the Gold Coast for an amazing Gold Coast family holiday we hope you have an amazing time. This is only our experience and you may have a totally different one from us in some of the theme parks you go to. We just hope this guides you in having the best day out at the gold Coast theme parks with kids that you can! 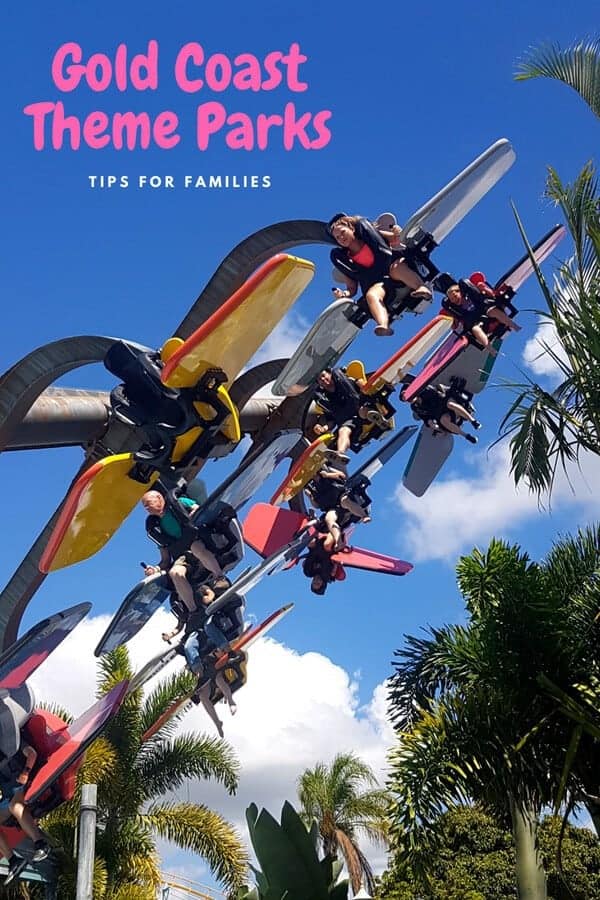