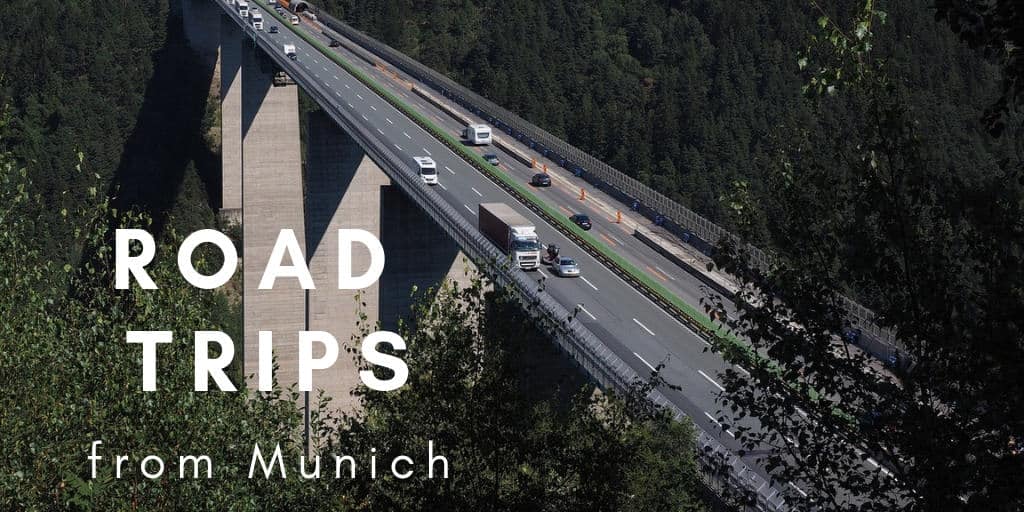 As many of you will know Munich is one of our favourite cities in the world. So much so that we have been to Munich 5 times over the years and hope to go back later in 2019. It is so family-friendly and we just can’t get enough of the amazing hospitality that we are shown when we are visiting Munich.

Because we love the city so much we have rarely ventured out of the city itself but when we have we have discovered that there is so much extra to do.

From castles to mountains and WWII sites there is something to discover and learn everywhere. So in this article, we are going to fill you in on some amazing day trips from Munich that will get you loving the city even more than you already do.

You can easily rent a car in Munich for or a week and head out on the roads. Germany has one of the best road systems in the world. The German autobahns are smooth to drive on with many straight sections and long sweeping bends. Once you get off the main roads the countryside of Bavaria will bring you many delights around every bend.

The Dachau Concentration Camp is 25 kilometres from Munich. It is an easy short drive away. Dachau was the model for which all Nazi camps were based on.

Dachau was the first camp to open and the last camp to close and approximately 32,000 people were recorded to have died during the years at Dachau. Unofficially the number was much higher as The SS used to march prisoners into the mountains on death marches to die.

The gas chambers were never used at Dachau but the crematorium certainly had plenty of use. Today Dachau is best seen with a free tour that can be done with a guide at the camp.

See the Gas Chamber and Crematorium, the SS buildings where the decisions were made and the gates that people walked through that sealed their fate. A trip to Dachau is a must-visit from Munich.

So much so that Walt Disney borrowed many of the design elements to incorporate them into his signature Disney castle design we see on every Disney logo. The castle is a dreamlike construction in a setting that allows it to come to life at the forefront of a mountain surrounded by forest.

Neuschwanstein Castle is 120 km away from Munich and will take you around 2 hours to reach. The journey travels through dream countryside with rolling hills and beautiful Bavarian villages. For a special experience at the castle make sure you take the horse and cart up the hill to reach the castle. One can easily spend a whole day here as there is another castle opposite Neuschwanstein also worth visiting and the scenery is breathtaking that surrounds it.

Looking for somewhere to stay in Munich

Salzburg is located just over the German border in Austria. The A8 autobahn will take you directly from Munich to Salzburg in a little over 1.5 hours. The drive will take you alongside the European Alps which sit picturesquely looking down on you. If you have time a stop at Chiemsee is certainly worth it. A short ferry ride on the lake takes you to an unforgettable palace on the island of Herreninsel. The island is home to the unfinished Herrenchiemsee Palace, built by King Ludwig of Bavaria and is a sad masterpiece of what happens when someones vision cannot be finished after they pass away.

Salzburg has a UNESCO-listed old town city centre which is renowned for its architecture. Salzburg city centre hasn’t changed much since Mozart’s day. The city centre is dominated by Hohensalzburg Castle.

This castle among the largest of the European medieval castles still standing and dates from the 11th century. For film buffs the classic the Sound of Music was filmed around the Salzburg area. Many of the locations can be visited by car.

The A9 from Munich will deliver you to Nuremberg in just under 2 hours. If it was me I would take the A93 and A3 via Regensburg which is just over 2 hours. This would give you 2 great destinations in one day.

Regensburg’s 13th century stone bridge and 12th Century Cathedral are a must-see when visiting. Nuremberg is the second-largest city in Bavaria. If you happen to be in the area around Christmas time you will find one of the best Christmas markets in Germany.

Gingerbread and bratwurst and the Nuremberg Bratwurst is sold worldwide. These bratwursts are smaller than the usual German sausages and are sold on the street in a crusty bread roll. They are great street food to have while you are taking in all the sites.

We hope this has inspired you to get behind the wheel and get out of Munich and explore more of the surrounding area. There are some real gems awaiting you.

If these destinations don’t inspire check out
Garmisch-Partenkirchen where you can take a cable car to the top of the Alps or maybe a trip to the city of Stuttgart. 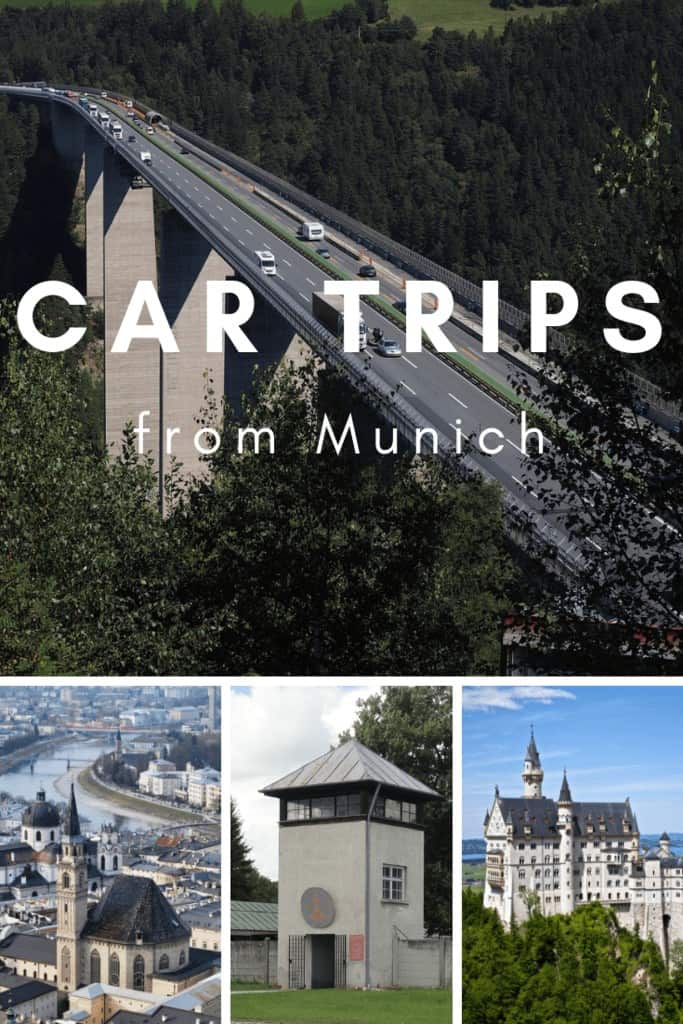