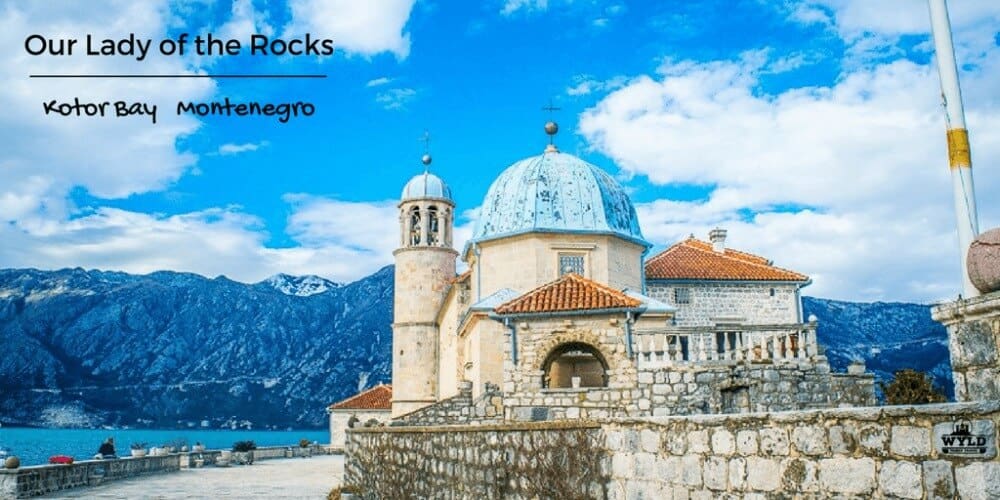 Bay of Kotor Home to Our Lady of the Rocks

What makes Our Lady of the Rocks so interesting, besides its location in one of the most beautiful spots in the world is that it is the home to a legend associated with the Virgin Mary. The story goes that two sailors in 1452, one with an injured leg, hit a shallow rock in the bay on their way from a dangerous sea voyage. When they looked down at this spot they found an icon of the Virgin Mary and a child on this rock. They proceeded to take the icon home. The next day the sailor with the bad leg was cured but the icon was nowhere to be found.

Where did we stay in Kotor? Check out the amazing Apartment Marko right here

The sailors considered their safe journey home and the cure of the ailment a miracle. They vowed an oath to honour this miracle with a sanctuary on the spot they found the token of the Madonna. As the story spread sailors who ventured out onto Kotor Bay would stop at the spot and drop rocks into the water. This was seen as an offering to The Virgin Mary to bring them home safe from their seafaring journeys.  Over the years ships laden with rocks were also sunk on the spot.

This allowed an island to be formed with various religious buildings built on it, starting out with a chapel and continuing on to the church you see today. The tradition of dropping rocks continues to this day and it is called the Fašinada. At sunset on the 22nd of July, countless local boats (and now many, many tourists and visitors in their own boats) are decorated with beautiful garlands and they sail out into the bay to drop a stone around the island. We saw pictures of the island surrounded by boats and heard stories from our guide at how wonderful it was to be a part of.

Tour Perast and Our Lady of the Rocks from Kotor. Booking details HERE

The day we visited the island we caught a boat from Perast. We were accompanied by Gojko Samardzic from Kotor Private Guide. We highly recommend Kotor Private Guide for any tours around the Kotor area as Gojko is a local and has a wealth of personal knowledge that he shared with us. It was fantastic to hear all about a place from someone who lived there and was so passionate about his local area. Gojko told us about the history of Perast and the island on our boat trip out to Our Lady of the Rocks.

If I am honest I don’t think I have even been somewhere as scenically stunning as Kotor Bay. The blue water, the high mountains that seem to rise up straight from the water, the small villages that surround the bay and the old fishing boats were mesmerising. For me, the Kotor Fjord is as beautiful as it gets…it is sensory nirvana.

Things to do in Kotor – Church of Gospa od Skrpjela

Church of Gospa od Skrpjela as its called in Montenegro is the dominant feature on the island in Kotor Bay. It is practically the only thing on the island besides a small storage and maintenance shed. Inside the church, you will find a beautiful marble altar that was crafted in Genoa and shipped to the church in 1796. On the ceilings and walls, there are 68 canvas pictures of the Virgin Mary depicting her life.

Another beautiful custom that this church had was that local sailors would donate one metal plaque with the image of their boat etched into the plaque before they went out to sea. It was believed the church would protect them on their journey and they would be brought home safely. The plaques are made from silver, copper and bronze and they are all unique. This makes this chapel-like nothing else we have ever seen. We were lucky enough to have the church to ourselves on our visit and there was no hurry for us.  We were able to take our time and really look at the beautiful plaques that were in there. To say they are amazing is an understatement.

There is also a small museum in the Our Lady of the Rocks Monastery. The Museum showcases artefacts found from around the Bay over the years. There is a large number of archaeological items since this area was once under the control of the Roman Empire. Locals have also donated many handmade items. The stand out item is an embroidery made of hair and cotton.

A local woman from Kotor had been making that embroidery from her own hair while waiting for her husband who was a sailor to come back from the sea. She used her own hair as the hair of the angels she had in the embroidery. You can see the change in hair colour over the years that it took her to complete it. The woman never lost faith and the embroidery was made for over 30 years. The lady went blind and finally died without her husband ever returning to the Bay of Kotor. While it was beautiful to see, it was a very sad story.

Our Lady of the Rocks Kotor. An unbelievable Kotor attraction

A painted rock from the first cruise ship to enter the bay of Kotor is also on display. This shows the significance of the legend of Our Lady of the Rocks to seafarer and captains worldwide. A visit to the island is one of the best things to do in the Bay of Kotor. If like many you are visiting Kotor by Cruise ship, Our Lady of the Rocks should be your choice of things do in Kotor in one day. We visited Kotor in the winter and the Kotor weather was very mild. While it was snowing further up the Adriatic coast the Kotor weather was very nice and even sunny at times. Is Kotor Bay the best of Montenegro? We can’t wait to return to this country and find out. 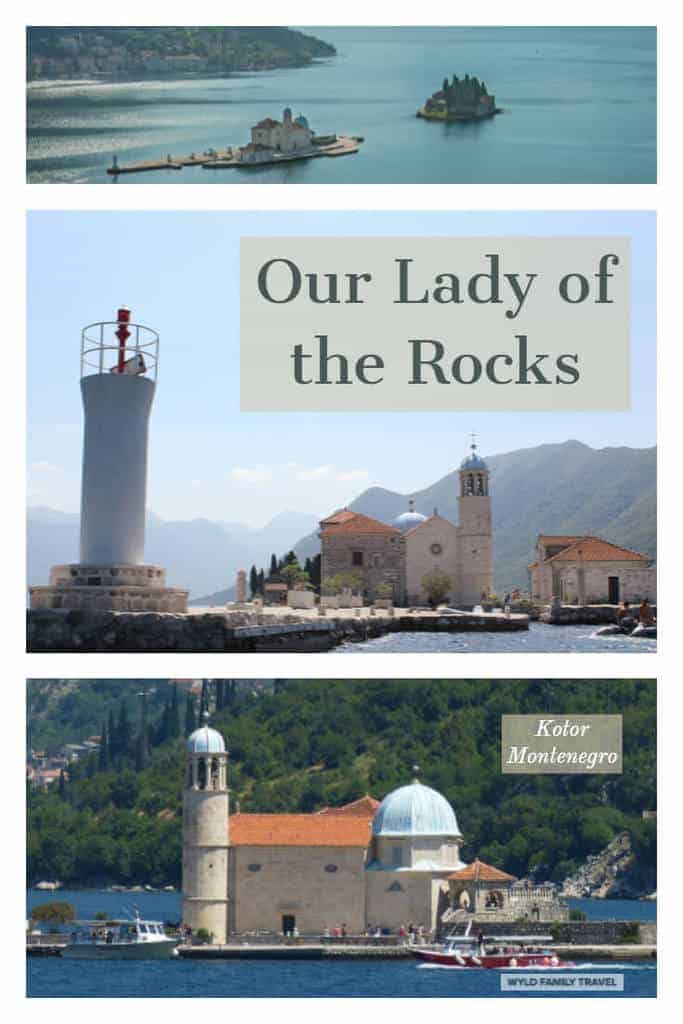