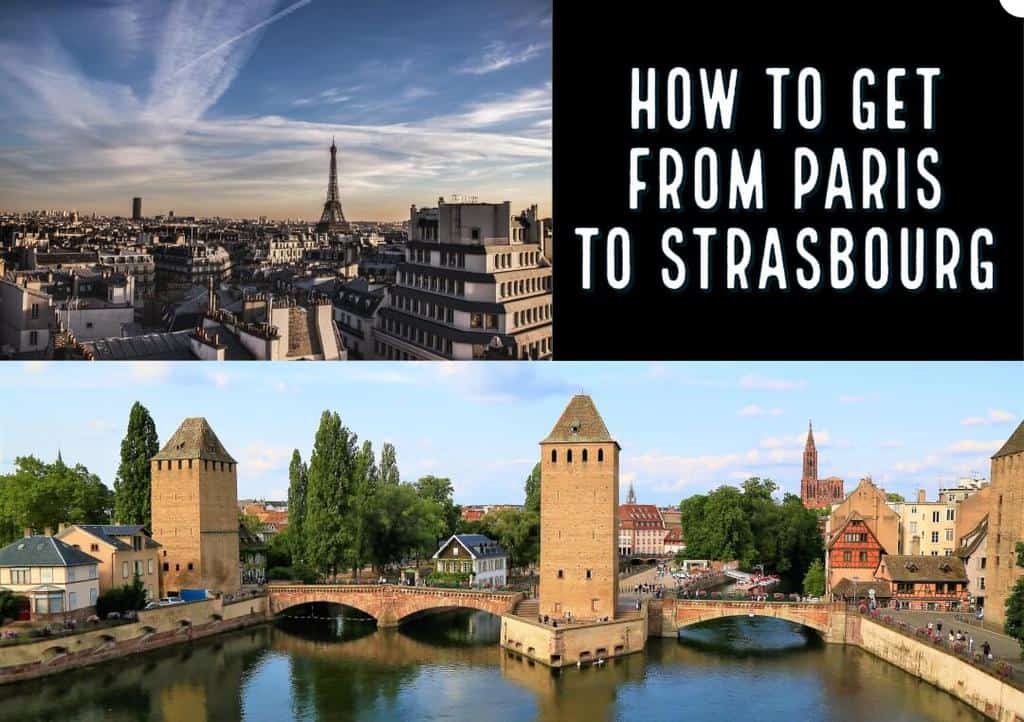 Strasbourg is the picture-perfect capital city of the Alsace in the northeast of France. People flock daily to this picturesque town to wander its perfect streets and bask in the history of the area. It is very easy to get from Paris to Strasbourg with today’s transport options and if you get the chance this is one trip you need to take.

Strasbourg is some 500 kilometres away from Paris. Strasbourg straddles the German border and throughout history has belonged to both France and Germany. This allows the area to be influenced in so many different ways that combine into some of the most sort after cuisine and wine on earth. 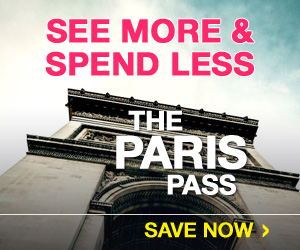 Today Strasbourg is home to a world-famous Christmas market, a unique tourist area called La Petite France and a classic old town area featuring a Cathedral that was once the tallest building in the world.

Strasbourg is an amazing destination for people looking to try great wine and produce, people who love the outdoors and biking, and those who immerse themselves in history and culture. You will find lots of things to do in Strasbourg France. In this article, we are going to take a look at how to get to Strasbourg France by car, bus, train and plane with ease.

Flights from Paris to Strasbourg France

Air France and KLM fly from Paris to Strasbourg Airport multiple times a day. The flight takes 1 hour and departs Paris from both CGD and Orly airports. Air France Strasbourg flights will have you in the Alsace in no time. You can search your flights to Strasbourg today

How to get to CGD Airport Paris

Charles DeGaulle Airport is located 30 kilometres from the centre of Paris. The 2 most popular ways to get to the airport are via the train and taxi. Trains on the TRER line B run from the city to the airport every 15 minutes. The train takes around 45 minutes to reach the city. Since 2018, there has been a flat fee for a taxi from CDG to Paris. It will cost you was €50 (Right Bank) or €55 (Left Bank).

*We can personally recommend a private transfer with Kiwi Taxi

How to get to Orly Airport Paris

Orly Airport is the second airport for Paris. It is located 18 kilometres east of Paris. There are no direct trains from Paris to Orly at this stage. Best options are by bus and taxi. Taxis at Orly airport are charged at a flat rate. If you are travelling to the left bank, it will be 30€, and if you are travelling to the right bank, it will be 35€.

The Orlybus is a shuttle service connecting both terminals at Orly airport (South & West) to Paris. The bus leaves and arrives in Paris at the Metro station Denfert Rochereau. The journey time is 30 minutes and leave every 13 to 20 minutes. The buses operate from 6:00 am until after 11:30 pm and will cost around 7 Euros.

Related: Strasbourg’s location makes it the perfect base for exploring the surrounding area. We have a great article on The best day trips from Strasbourg to take.

Strasbourg Airport is a minor international airport located in Entzheim and 10 km west-southwest of Strasbourg. You can catch public transport to and from the airport train station to Strasbourg Gare Centrale for 2.80 Euro. A taxi will cost you around 25 euros. An airport shuttle takes you to the edge of the city where you can catch a tram from the Baggersee stop to the city centre.

Paris to Strasbourg by train

The fastest and most efficient method of travel to Strasbourg is with the TGV High-Speed train network in France. The Paris to Strasbourg trains departs from Paris Gare de l’Est train stations.

How to get to Gare de l’EST train station

As with the vast majority of trains in Europe, there’s no need to check-in for your French train ride.

You can just walk into the station, scan the departure boards for the platform your train is leaving from.

Head to the platform, board the train and sit in your reserved or a free seat in the correct carriage class if your ticket is unreserved.

How to book your Paris to Strasbourg train tickets

Nearly all trains in Europe can be booked through the country’s national railway site, for France, this is the SNCF. We always try and book our European trains using Omio, who makes everything easy and straight forward. You often find the National Carriers website to be confusing and the language translations not quite right.

In general, tickets can easily be reserved a few months before you travel to help with your trip planning. Prices to Strasbourg start from 58€

Comparing all train times and prices between Paris and Strasbourg is made simple by Omio’s fantastic booking service, which is totally secure with tickets booked in your home currency and language

Omio will send you a ticket confirmation and tickets that can be either printed out or shown via the mobile app for your train trip from Paris to Strasbourg.

Book your Paris to Strasbourg train with Omio
About Omio

Paris to Strasbourg by bus

The buses from Paris to Strasbourg will arrive at Straßburg Place de l’Étoile France bus stop. The nearest public transport is at stop Étoile Bourse. Étoile Bourse is serviced by bus numbers 14 and 24 and tram lines A&D

Driving from Paris to Strasbourg

The fastest route by car to Strasbourg from Pais takes the A4 highway northeast towards Reims before turning east towards Metz and onto Strasbourg. Thie Paris Strasbourg distance is 491 kilometres by car. The journey will take four and a half hours without a break.

A more realistic time frame would see you there in around five and a half hours with a few stops along the way. The A4 is a tollway road and expect to pay somewhere in the region of 25 euros for the trip. The speed limit on the French highways is 130 kilometres an hour. You can pick up a rental car at any of the Paris airports to drive onwards to Strasbourg from Paris.

Pick up a rental car at Paris Airports
Book with rentalcars.com

Where to park in Strasbourg

Parking in Strasbourg can be expensive in the old town area. Your best option is the park and ride system. There are 12 places located on the outskirts of the city that you can park and catch a tram into the city centre. The cost is only 4.20 euro per car for up to 7 people including transport by tram into the city. Look here for more information on the park and ride locations in Strasbourg

Is it possible to do a day trip to Strasbourg?

Yes, it certainly is possible to do Strasbourg in one day. With a travel time of just over two hours on the Paris Strasbourg TGV, you can explore the cobbled stone streets of Strasbourg and return to Paris on the same day. You may even go from Strasbourg to Colmar and see 2 of the best places in the Alsace in one day.

If you left Paris at 7 am you would be in Strasbourg by just after 9 am. You could spend 8 hours or so, leave Strasbourg at 5 pm and be back in Paris by 7 pm. So yes a Paris to Strasbourg day trip is certainly possible

We hope this has inspired you to visit Strasbourg and the Alsace. You can find more inspiration from Wyld Family Travel on our France destination page.

Realted posts that will be useful

Mark Wyld is a father, husband, traveler, and chief destination marketing manager at Wyld Family Travel. Having been to over 35 countries worldwide he knows a thing or 2 about traveling with kids and now traveling with teenagers.  He has been writing first-hand, expert travel guides on this website for over 6 years and has featured on numerous other popular well-known websites. When he is not talking, dreaming, or planning travel he can be found working in disability support. 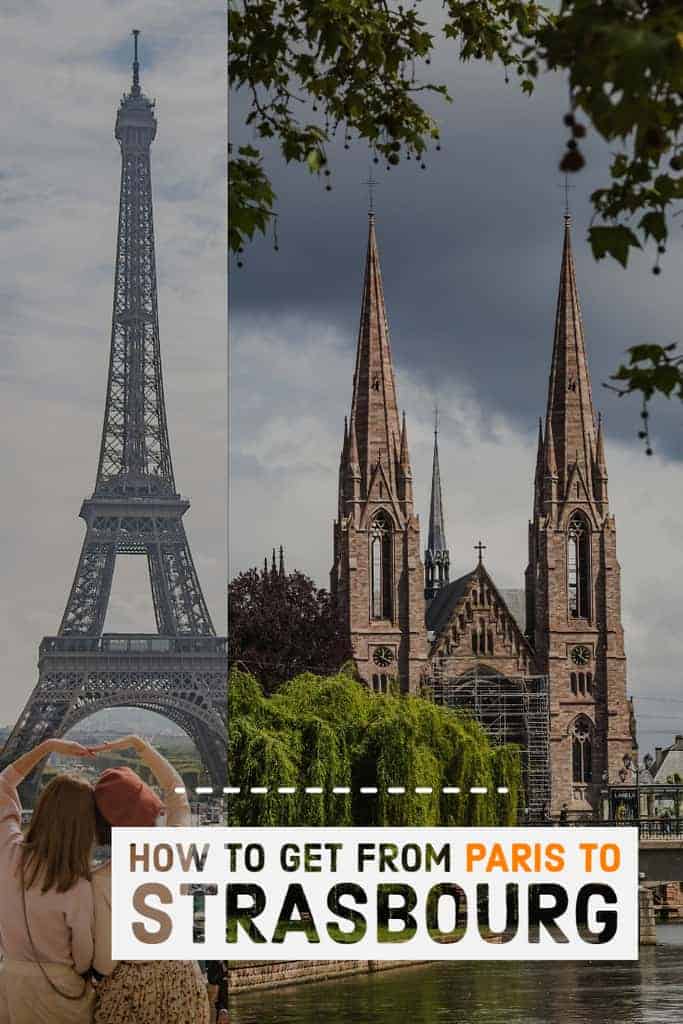